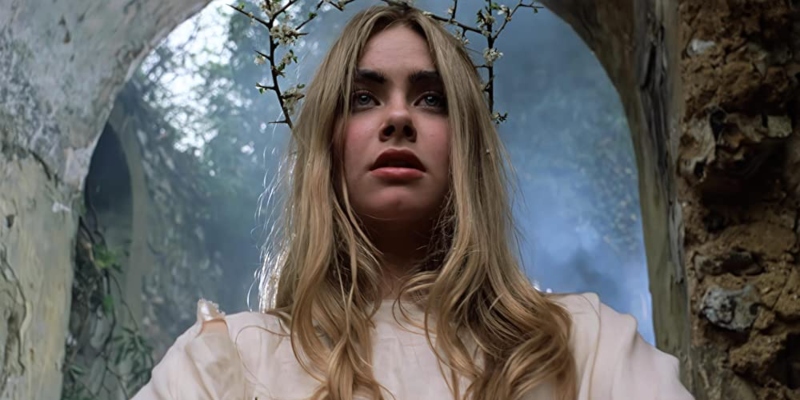 Michelle Nijhuis on Woodlands Dark and Days Bewitched:
A History of Folk Horror

I didn’t mean to watch the documentary Woodlands Dark and Days Bewitched: A History of Folk Horror. Not all of it, anyway. To begin with, it’s a monstrous 3 hours and 15 minutes long. And while I’m fascinated by genre fiction as a response to current realities, I’m hardly a horror enthusiast: I tend to read horror during daylight hours, and watch it through the protective fence of my trembling fingers. Over the course of a long weekend, though, I kept returning to Woodlands Dark, drawn to its slowly-building case for the resurgent importance of folk horror.

According to its champions, folk horror is less a formal subgenre than a collection of preoccupations that runs through film and literature. “It’s strange things found in fields, lights flickering in dark woods, the darkness in children’s play, being lost in ancient landscapes,” says author Mark Pilkington, one of the 50-odd filmmakers, critics, and scholars interviewed in Woodlands Dark. In folk horror, the threat usually comes from the depths of the past or the depths of the earth, from buried atrocities, suppressed beliefs or even the land itself.

As director Kier-La Janisse observes, “A lot of it is about building on top of something else, so basically anywhere people … displace other people or other cultures, or where older traditions are being transported to new environments, you’re going to find folk horror.”

The phrase “folk horror” was popularized in the early 2000s, when critics retroactively applied it to a clutch of 1970s-era British films, notably Witchfinder General, The Wicker Man, and The Blood on Satan’s Claw, that drew their ritualistic terrors from real or invented pasts. But some folk-horror tropes are as old as folklore itself, and they were well-established in literature before they appeared in film.

Many of the spooky, violent German fairy tales collected and adapted by the Grimm brothers in the early 1800s take place deep in shadowed forests, far from the supposed safety of civilization; Bram Stoker’s 1897 novel Dracula, a classic of Gothic horror, hews to folk-horror form by sending its urbane central characters on a petrifying country jaunt. Early 20th-century British ghost-story writers such as Eleanor Scott, Algernon Blackwood, and M.R. James set many of their tales in isolated landscapes with restless pasts.

Like most genre fiction, folk horror can be reactionary or subversive or both.

Like most genre fiction, folk horror can be reactionary or subversive or both, sometimes exploiting toxic stereotypes for chills (cue the Deliverance banjo) and sometimes arming the oppressed with the power of the “old ways” (witchcraft frequently functions as a feminist metaphor). More recently, authors and filmmakers have found new meanings in old stories: if you think the insular country death cult in The Wicker Man is scary, try the one in Get Out.

The work of the pathologically racist American horror writer H.P. Lovecraft, whose haunted landscapes and pantheon of ancient gods expressed his own terror of difference, has been reimagined in recent years by writers such as Victor LeValle, whose novella The Ballad of Black Tom responds to a Lovecraft story, and Matt Ruff, whose novel Lovecraft Country, adapted into a 2020 HBO series, uses Lovecraft’s oozy, tentacular monsters to convey the real horrors of white supremacy.

One of the most striking observations in Woodlands Dark comes from the Ojibwe broadcaster and film producer Jesse Wente, who scoffs at the folk-horror trope of an “Indian burial ground” filled with angry ghosts. “When you reduce a multinational people into ‘Indian,’ which is what Hollywood has done pretty effectively for its entire history, you know you’re working in fiction,” he says. Then again, he reflects, the trope evokes a reality more appalling than any Hollywood could imagine: “I sort of like it because if non-Indigenous people are going to be afraid of the Indian burial ground, then I got some news for you. It’s all an Indian burial ground.”

As defined by the interviewees in Woodlands Dark, folk horror is rooted in the British Isles, and many of its best-known exemplars reflect and skewer British anxieties about class and colonization. But Woodlands Dark also makes a convincing argument for a global folk-horror tradition, looking not only at the many North American variations on folk-horror themes but at a rich range of examples from Australia, Japan, Laos, Russia, Czechoslovakia, Mexico, Brazil, and elsewhere.

Every society is haunted by its own histories.

The 2019 Guatemalan film La Llorona sics the vengeful “weeping woman” of Latin American folklore on a fictionalized version of Efraín Ríos Montt, the US-supported Guatemalan dictator who orchestrated the genocide of Indigenous people in the early 1980s. In cultures where folk traditions have been less disrupted by colonization, the scares usually come not from an uncanny other but from a more familiar source. (As Serbian writer and critic Dejan Ognjanović puts it, the protagonist in Slavic horror is most likely living in the proverbial eerie village, not paying an ill-advised visit to it.) But every society is haunted by its own histories, and for writers and filmmakers seeking to excavate the past, the tropes of folk horror have proven to be sturdy, adaptable tools.

When British folk-horror films first rose to prominence in the 1970s, British society was in upheaval, disrupted by collapsing public services, protracted battles between organized labor and a recalcitrant government, and a resurgence of right-wing extremism. Fears of nuclear war and environmental collapse were widespread. “There was a great sense of environmental destruction and a sense that the way we had built our culture around us was actually destroying the world that we lived on,” says Pilkington.

Sound familiar? Today’s expressions of folk horror arguably include not only deliberate additions, such as the 2019 film Midsommar, but literary novels such as Clare Vaye Watkins’s I Love You But I’ve Chosen Darkness and Joy Williams’s Harrow. Many, if not most, of these recent works feature characters confronting an angry planet: Kathryn Hunter’s show-stealing performance as all three witches in the new film version of Macbeth is compelling in part because Hunter’s malevolent witches almost literally embody an earth on the march, writhing in the sand and flapping through the clouds as they warn of worse to come.

While the many varieties of folk horror still use the supernatural to express the unthinkable, there’s less and less mystery about their ultimate villains. “All of the atrocities that are happening right now in our culture … it’s all people doing all this stuff,” says American director Chad Crawford Kinkle in Woodlands Dark. “At the end of the day, you bring your horror in with you.” 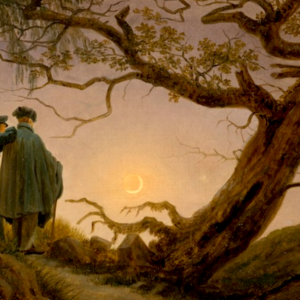 We still tend to think of queer literature as having been consigned to the margins of literary history, before the successful...
© LitHub
Back to top