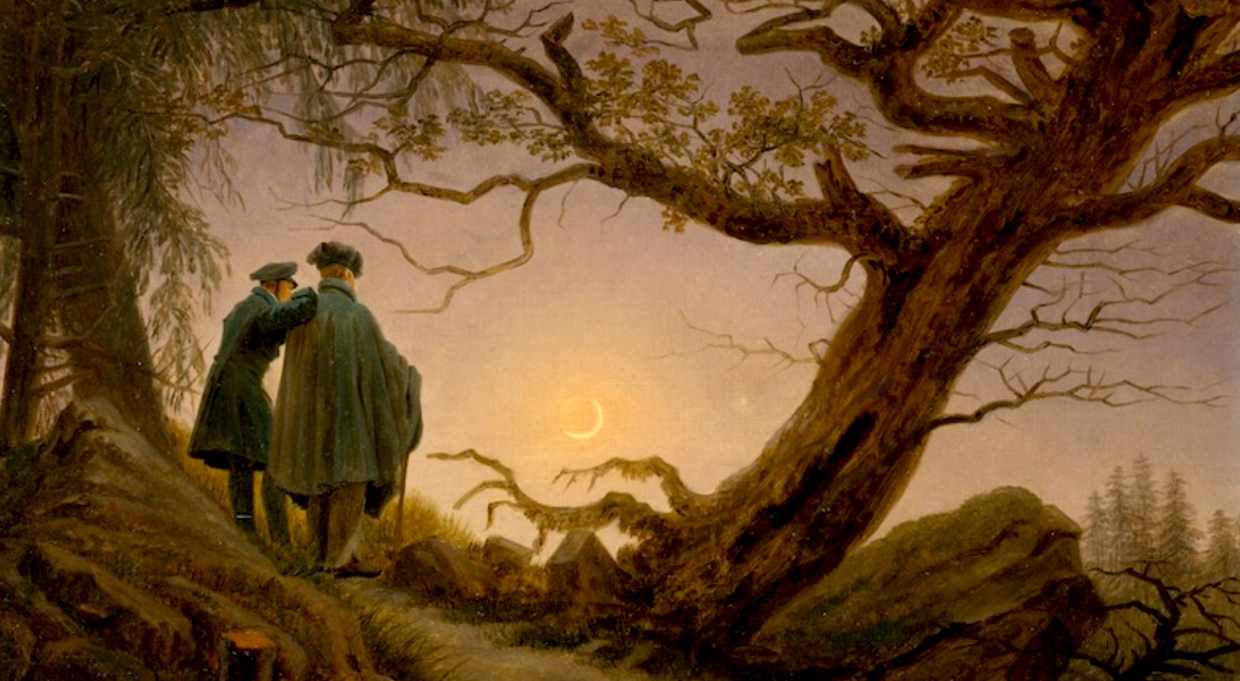 What You Need to Know About Harry/Draco Fic, Opera,
and Queer History

We still tend to think of queer literature as having been consigned to the margins of literary history, before the successful liberation of queer writers in the last half century. There is something to this narrative: Oscar Wilde, who remains probably the most famous queer author in the English-speaking world, died penniless and in exile, his body having been brutalized and weakened by the two years of imprisonment with hard labor, a brutal end to which he had been sentenced for the crime of seeking sex with other men.

Queer writers have always been punished—that’s more or less what the term “queer” means. It’s also why we need a word to name dissidence from compulsory heterosexuality other than words like “gay” and “lesbian,” which imply a fixity to sexual object, and perhaps to sexual identity, that historical queers didn’t always experience.

Yet there’s another truth, which is that queer lives have long been central to literary writing too, both as the subjects of fantasy for writers living under compulsory heterosexuality, and as remnants of the queer world outside the family home—the world that art allows us to access, assemble, and manifest. In this list, I’ve put together five books of different kinds (one long essay, one letter, one light opera, and two novels) which not merely depict queer lives but explore and speculate about the effects those lives—our lives—have on literary form itself.

This is also the question I’ve asked while composing Please Miss, my memoir of transition and recovery from drug addiction, which will be published this year. Changing sex requires one to ask oneself what changes and what remains the same when one goes about radically changing both one’s bodily composition and one’s modes of social participation. Narrative fiction, and literary style, are both modes by which this question has been asked by queer writers, and this is why, for me, a gender transition has also, and even primarily, been a genre transition: a new and newly necessary crossing between one style of narrating and another. 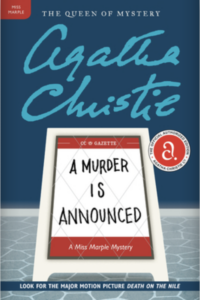 Agatha Christie, A Murder Is Announced

Miss Jane Marple, lady detective, comports herself with iconic brio across 12 of Agatha Christie’s novels and a half dozen short story collections published between the 1930s and the 1970s. Unmarried and independent, Miss Marple’s life tracked those familiar from other novels of mid-century lesbians, observing the hypocrisies and ambivalences of straight families and communities, and occupying the privileged place of welcome interloper. Christie’s 50th book, however, confronted Miss Marple with a less familiar scene: an English village populated by not one but two domestically partnered pairs of women, both of which are depicted as versions of butch/femme. The stereotypes may be broad, and the mystery predictably grisly, but A Murder Is Announced presents a fascinating depiction of mid-century lesbians in an English village—far away from the cosmopolitan tragedies related by Radclyffe Hall and Djuna Barnes. 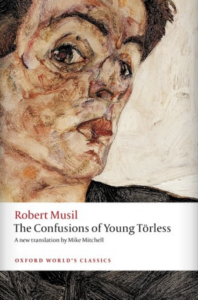 Boarding school novels often seem to have something queer about them: Harry/Draco fic has a long history, after all. But none of the genre’s more famous works come close to the sparse, speculative grandeur of Robert Musil’s short debut novel. The bullying of a young effeminate boy by three older teenagers in a military academy has often been read as a prefigurative depiction of the emerging class of fascist officers, but Musil’s critique of the compulsively homophobic/queer bully is both timelier and more ambitious than that. The sexual torture of the boy Basini, Musil insists, is not merely a phase through which straight men sometimes pass, but a necessary dimension of the social reproduction of heterosexual ideology among the European ruling classes. 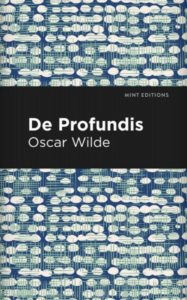 Oscar Wilde’s influence on 20th century queer literature was so foundational that his mannerisms—from his lisp to his personal comportment—are still often deployed by actors wishing to index a character’s gayness. Yet for whatever reason, Wilde was a writer of genius who failed to find his genre: The Importance of Being Earnest is majestic, but he never wrote anything else quite like it; his melodramas pale in comparison; and his only novel, The Picture of Dorian Gray, is a rather drawn out and attenuated piece of work. Fittingly for a person who saved his genius for his life, rather than his work, Wilde’s best book by far is the long posthumously published letter to his former lover, Alfred Douglas: a masterpiece of bitchy recrimination, elevated wit, and unvanquishable queer love. De Profundis was written in prison, under daily surveillance from a guard who took the pen back at the end of each writing session. In its constraints and its rage, as well as in its gallows humor and the vigor of its imagination, it demonstrates both the force of the carceral state, and the remarkable creative resources of the incarcerated. 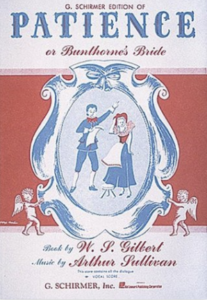 The careful construction and direction of Wilde’s public persona, however, has a very specific history: in 1882 Wilde was chosen by the theatrical impresario Richard D’Oyly Carte to tour the United States as part of the publicity campaign for Gilbert and Sullivan’s opera Patience, a satire of “aesthetic” young men, the term used as little more than a homophobic stereotype. Yet Bunthorne, W. S. Gilbert’s “aesthetic poet,” turns out not to be gay, nor even effeminate, but pretending to be both in order to seduce the titular milkmaid away from her macho “dragoon” suitors. Yet, as the history of homophobia so often confirms, attempts to mock Bunthorne’s queerness (or Wilde’s) backfire spectacularly, with the entire unit of dragoons turning into a jovial chorus line of screaming queens. 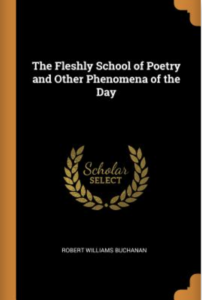 Meanwhile another of Gilbert’s influences was a strange and more manically phobic tract of a different sort: Robert Buchanan’s 1871 essay “The Fleshly School of Poetry,” which issued a slew of anxious insults against Dante Gabriel Rossetti, whom Buchanan labeled “an intellectual hermaphrodite.” Interestingly, Buchanan’s sense of Rossetti’s effeminacy connected to Rossetti’s famous heterosexual incontinence—it was as though having sex with all those girls had turned him into one. Buchanan’s Rossetti is trans lesbian avant la lèttre, a person whose reprehensible feminization threatened the sexual order of things—and yet again, the zealot concealed a secret desire, as Buchanan admitted after Rossetti’s death, in a poem entitled “To an Old Enemy,” in which he imagines giving him “a lily-flower,” a symbol of erotic tenderness. 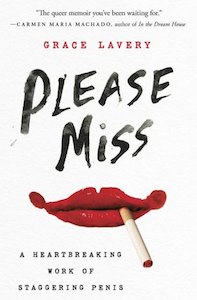 Please Miss: A Heartbreaking Work of Staggering Penis by Grace Lavery is forthcoming from Seal Press in February 2022.

Grace Lavery is an associate professor of English at University of California, Berkeley. A prominent public intellectual and activist, she has contributed to the Los Angeles Review of Books, Autostraddle, the New Inquiry, Them, the Guardian, Foreign Policy, and Slate. She’s been sober since January 2016 and “full time” as a trans person since March 2018. She lives in Brooklyn, New York. Her latest book is Please Miss. 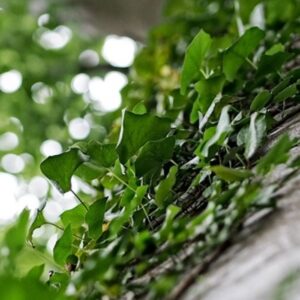 Years ago, at an informal book club gathering with friends, a fellow science journalist told me that if he were to write...
© LitHub
Back to top
Loading Comments...