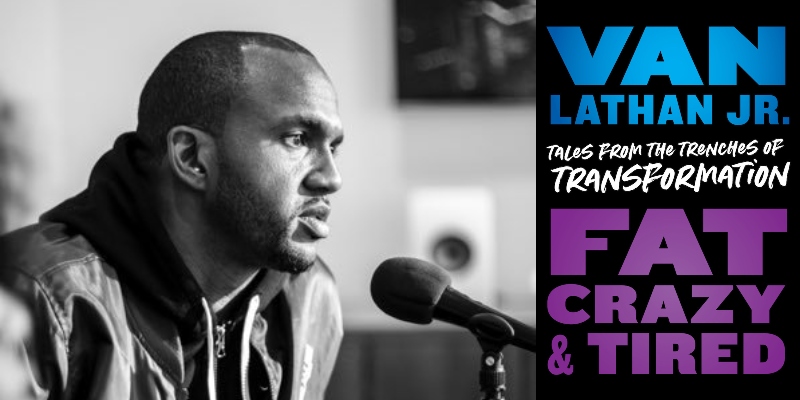 In Conversation with Whitney Terrell on Fiction/Non/Fiction

Podcaster and writer Van Lathan Jr. joins Fiction/Non/Fiction host Whitney Terrell to talk about growing up a Star Wars fan and continuing to think and talk about the franchise as a co-host of The Ringer podcast. He discusses the enduring qualities of the universe, the continuing relevance of the characters, and how the story intersects with American politics and literature. He also talks about and reads from his new book, Fat, Crazy, and Tired: Tales from the Trenches of Transformation.

Whitney Terrell: Why is the Star Wars story so powerful in America?

Van Lathan Jr.: It’s just insanely relatable. The thing about Star Wars is it talks about some things the way they are and some things the way we would want them to be. And I think when you have stories that are able to combine those two things and still give what Lucas says is a prerequisite for every single Star Wars piece of art that comes out, which is hope… When you have hope and those two things, people are always going to relate to it.

When I was a kid, it’s Halloween time, we’re all going to come to the school and we’re going to wear costumes. My first grade teacher says she’s not going to tell us who she’s going to dress up as. And we’re like, okay. She’s like, “It’s a surprise. You guys are going to all come in your costumes. And then after this, I’m gonna come in my costume. And it’s going to be a surprise.”

And we’re trying to figure it out for like a week. We’re like, “Is it a good guy or bad guy?” She goes, “It’s a bad guy. But it’s also a good guy.” We’re going, “Oh, my God.” And we go, “Is it a cartoon?” She goes, “Nope, it’s not a cartoon.” And we keep asking over and over and over again who she’s going to be. And she comes, and she’s Darth Vader. I didn’t know who Darth Vader was. I was only six years old. I had seen Darth Vader before—seen him on lunchboxes, seen him on all that stuff, but I didn’t really know who he was. I just knew that he was bad. And so I go, “What is that?” And when my dad’s taking me home, I said, “Daddy, who is Dark Vader?” because I’d say “Dark” when I was a kid. He goes, “Oh, that’s Luke Skywalker’s father.”

WT: That’s a little bit of a spoiler from your dad there. What’s going on?

VL: I take that back, it was my uncle that said that, because he was in the back. My father, I remember watching Empire with him, and my father didn’t ruin it for me. I didn’t really have a concept of who all of these characters were in the first place, so I was still surprised when I got there. So anyway, that started my curiosity. And my father looked at me, he goes, “You ain’t never seen Star Wars before?” And I’m like, “No, I’m six.” And he was like, “Oh, we got to do this.” He was like, “No, no, no, no, no, no, no, no, this boy, you ain’t never seen The Empire Strikes Back.” That was my dad’s favorite movie. And I started watching it.

I don’t know what it was. Immediately—I’m not even talking about the first scene of A New Hope, I’m talking about when the crawl started—immediately, I was hooked. And the more I got to know about the story, the more intrigued I was. I was intrigued by the friendship between them. Remember, I’m from South Baton Rouge, Louisiana. I say this all the time—I’m looking around, and it doesn’t look like Star Wars. It looks like a dystopian version of American dysfunction. But I’m looking at different planets. I’m looking at different galaxies. I’m looking at people who are endeavoring to fight against things that are trying to oppress them and slow them down.

And I’m being challenged intellectually as a kid to understand all of these concepts. I’m being inspired to try to defeat evil in my own way. And I’m also getting a masterclass on how people’s best laid plans turn into oppression and fascism. And I’m getting it all while getting lightsabers and X-wings, B-wings. I’m getting all different types of alien races, and I’m getting taken out of where I’m from.

I couldn’t stop. I was reading book after book trying to keep up with this stuff. But there were no movies. There were hardly video games. There were a couple of video games, there were a couple of television specials. But then they stopped doing those, and there was just the promise of prequels. There was the promise that there would be more stuff. And then not until they rereleased the updated versions, I think it was like ’97, that we see Star Wars back in the movie theater.

WT: You’ve talked about this on the podcast, that the prequels that were made later that are about the stories that happened before New Hope and Empire Strikes Back, people didn’t like those that much when they first came out, they were not super popular. And now they’re starting to have a lot of resonance based on this Obi Wan story, which relates back to the relationship between Anakin and Obi Wan in the past.

There’s a depth to this universe that is quite remarkable. Now, your podcast not only refers to the movies, but also to Star Wars Rebels and to the animated series, which led me to watch them. But they also were available now because they’re on Disney+, so I could actually just sit down and watch them. So the availability of the content does seem to make a difference. And then the way the universe has expanded or filled in the gaps in between time in the universe of Star Wars.

VL: Yep. So that’s an important thing. The prequels were wholly different than what we were used to. What we were used to was a ragtag group of fighters using a mysterious power trying to overthrow this dark, fascist government. That’s easy. That’s very, very easy; we see that all the time. We’ve seen that in actual reality, right? You were just talking to me before this about how that actually played out in actual, real life during a certain time, a dark time in world history. So that’s an easy story to get people behind.

It’s a much more difficult story to get people behind this intense political melodrama that has to do with how a republic turns into that empire, which might be happening in America. So, that’s just not as fun to watch. And it’s also not as fun to watch a precocious young slave kid turn into the most evil man in the galaxy. I don’t think people were ready for the tonal shift. Phantom Menace for a lot of people was hard to understand. George didn’t give you any Cliff’s Notes. He went right forward, introduced all these new concepts, all these new characters, didn’t have Lawrence Kasdan to write characters that are absolutely beloved, and the galaxy was different—things were more formal, things were more elegant, things were shinier. It wasn’t the Star Wars we were used to.

So I think we were bombarded with that, and perhaps not ready for it. That’s why Revenge of the Sith, in a lot of ways, is so much more loved of a film, because we had two remedial courses in what the new Star Wars universe and how and the old Star Wars universe look. And then by the time we get to Revenge of the Sith, you get a pretty cohesive, very important, highly emotional film more akin to what we saw in the first three movies. Because if we’re being honest, Star Wars is better when the Empire rules the galaxy. It just is. The stakes are higher.

Which brings me to Obi Wan. In terms of Obi Wan, the Obi Wan series as it relates to all the stuff you were just talking about… It’s interesting, because we know what’s going to happen in the Obi Wan series, right? We know Kenobi doesn’t die. We know where Kenobi dies, how Kenobi dies, and who kills him. We know that Leia is not going to die. What Star Wars has been able to do is give us arcs inside of these characters that are less fleshed out that we don’t know. We don’t know what’s going to happen to Ezra Bridger. 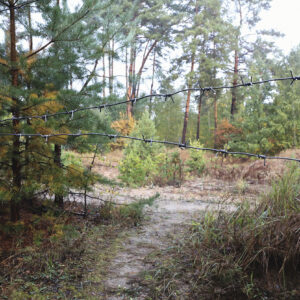 1. Water A while ago, in a nature documentary, I saw footage of a whale fall—the carcass of a sperm whale slowly sinking...
© LitHub
Back to top