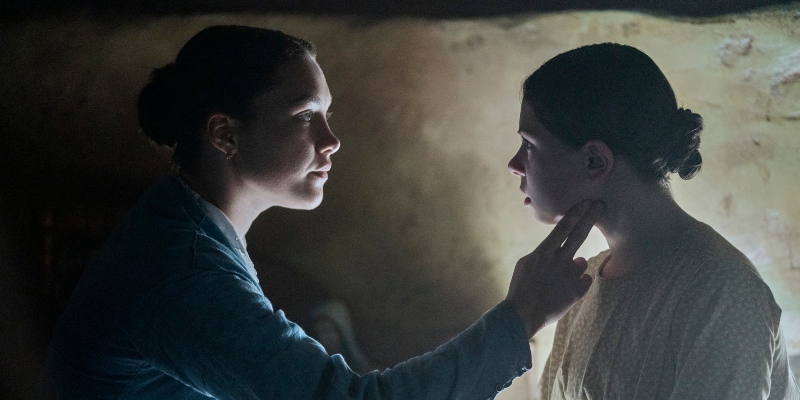 The otherwise excellent adaptation of Emma Donoghue’s novel The Wonder (2016) begins with a slow pan of a cavernous film studio, showing sets perched in scaffolding, camera equipment arrayed in bins and cases, and cables snaking across a hospital-green concrete floor. After the bare-bones opening credits, we hear the voice of Irish actor Niamh Algar: “This is the beginning. The beginning of a film called The Wonder. The people you are about to meet, the characters, believe in their stories with complete devotion. We are nothing without stories. And so we invite you to believe in this one.”

This “it’s only a story about stories” device, which is not part of the book but frames—and at one point, awkwardly interrupts—the film, is a bafflingly terrible intervention by director Sebastián Lelio. Not only is the framing pretentious and unnecessary, as many have noted, but its message is almost entirely at odds with Donoghue’s novel and Lelio’s own film. Yes, The Wonder is only a story, but it is inspired by devastatingly consequential historical events. Yes, some of its characters “believe in their stories with complete devotion,” but some do not, and some of those use the power of stories to malevolent ends. And while filmmakers might like to believe that their audiences “are nothing without stories,” the most urgent message of The Wonder is that underneath the stories we tell ourselves and one another, we are all flesh and blood and bone.

Fortunately, this sequence ends quickly, and the sweeping camera settles on the resolute face of Lib Wright (Florence Pugh), an English nurse en route to Ireland in 1862—only a few years after the Great Famine has killed an estimated one million Irish by disease and starvation and driven another million to emigrate. In the creaking, dripping darkness of a ship’s cabin, Wright sits at the end of a makeshift table, eating. Her face is set, seemingly expressionless, but Pugh can telegraph multiple emotions with the twitch of a jaw: as Wright chews in the shadows, we see discomfort, mild disgust, and resolution, but no suggestion of resignation or fear.

Pugh, always delightful to watch, softens Wright’s cruelties, but she doesn’t erase the antiheroine of the novel.

Wright has accepted a somewhat mysterious job in the Irish countryside, and when she arrives at her destination, she learns that she will be watching over 11-year-old Anna O’Donnell, a local girl who is reputed to have eaten nothing for four months. The men who control the village—the priest, the doctor, the innkeeper—are at odds over Anna’s mysterious survival, with some insisting on a hoax while others see the work of God. Wright, who trained under Florence Nightingale, has been hired to observe Anna for two weeks, during which she is expected to either discover the ruse or affirm the miracle.

While there is great beauty in The Wonder—in the glowing faces of Pugh and Kíla Lord Cassidy, who plays Anna; in the Irish peatlands and the storms that sweep across them—Lelio and his cast are careful not to romanticize the story or its setting. The villagers, from the poorest to the most powerful, are still mourning their famine dead, and they are still furious at the empire they blame (with good reason) for their losses. Life remains brutally difficult, and one of the few sources of comfort is the Catholic Church and its promises of a better afterlife. It’s easy to understand why so many want to believe that young Anna has discovered a way to thrive without food.

Lelio’s adaptation of The Wonder makes some small but well-chosen departures from the book. Its quiet foregrounding of the historical context makes the story larger than its individual characters, and its less obviously charismatic Anna lends substance to the emotional connection between Anna and the skeptical Wright.

Unfortunately, these decisions are undermined by an outsized emphasis on Wright’s personal losses, and on the resulting implication that for Wright, Anna fills an empty space. In the novel, Donoghue spends far less time on Wright’s losses than on her subsequent experiences as a nurse in the Crimean War. While Donoghue’s Wright has known great pain, it’s not the central reason for her devotion to Anna. Unlike most of those around her, Donoghue’s Wright cares for Anna because of who she is, not what she represents.

Pugh’s portrayal of Wright is also, perhaps inevitably, more sympathetic than Donoghue’s. In the book, the “story” Wright believes is not about Anna but about Ireland; Donoghue’s Wright is casually and unrelentingly bigoted toward the Irish, reflecting the prejudices of her country and her time. For long stretches of the book, she is actively unlikable, seemingly as misguided by her assumptions as her employers and clients are by their desperate faith. Pugh, always delightful to watch, softens Wright’s cruelties, but she doesn’t erase the antiheroine of the novel. In her performance, it’s possible to see the mad ruthlessness of her breakout role in the 2016 film Lady Macbeth and the suicidal honesty of her Cordelia in Richard Eyre’s King Lear (2018). The Wonder, a story about the danger of stories, finds safety in her steady, fearless hands. 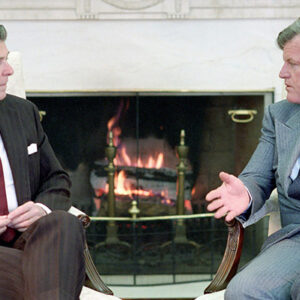