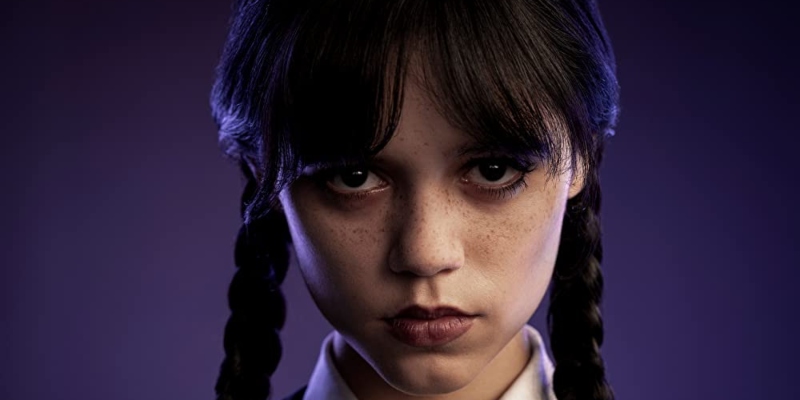 Aisling Walsh Celebrates the Return of the Iconic Outcast

“Have you ever been told you’re different, odd, or simply don’t belong? In a world full of normies, do you feel like an outcast?” So says principal Larissa Weems (Gwendoline Cristie) as she introduces Nevermore Academy in the upcoming Netflix series Wednesday. In Tim Burton’s adaptation of the classic Charles Addams cartoon, premiering on November 23rd, Nevermore Academy receives Wednesday Addams (Jenna Ortega) after her eighth public school expulsion—this time, for castrating the resident jock and school bully. This school for the “gifted” becomes the setting for mischief, murder, and mayhem in a series centered around one of cinema’s most iconic goth girls.

Out of all the live action and animated iterations of Wednesday over the past 60 years, my closeted tween and autistic heart still clings to Cristina Ricci’s wonderfully deadpan performance in Addams Family Values. I was nine in 1993, just old enough to see the PG film in theaters. None of the animated Disney offerings I had seen up until that point—The Little Mermaid, Aladdin, Beauty and the Beast—prepared me for the live-action thrill of Addams Family Values. From the moment Wednesday appeared on screen, sawing posts from her staircase and speculating about the need to kill off one of her siblings, I was enthralled.

Growing up in an atheist, “broken” home in an Ireland still beholden to the Catholic Church, I felt an immediate kinship with the Addams Family and their disjuncture with the world around them. We may not have looked like the Addams—for starters, we lived in a cardboard cut-out bungalow in nowhere suburbia, rather than a creepy mansion in the middle of a treeless wasteland—but my family felt as out of place in Ireland as the Addams must have felt at the wholesome Camp Chippewa, where they arrived en masse to drop off Wednesday and her brother Pugsley. In particular, it was Wednesday who captured how deeply alien I felt to everyone around me.

At Camp Chippewa, Wednesday is confronted with the world of adolescent girls from which she has been apparently shielded in the cocoon of the Addams clan. They’re perky and chirpy, with “hair the color of the sun” and “skin like fresh milk.” Wednesday refuses the imposition of acceptable femininity all around her, staying true to her pale solemnity and shapeless black smocks.

By nine, I already suspected I wasn’t quite like other girls, or at least not the image they projected. I didn’t see the point of dolls, and I hated dresses. I preferred reading or playing by myself to playing with girls, whose activities could be incredibly stressful as I rarely understood what was going on nor what was expected of me. Wednesday’s refusal of social norms was a balm for my own sense of alienation from the world around me. But beneath my hero-worship, something deeper throbbed.

Like so many queer kids trying to figure out their sexuality with little or no exposure to queerness (at least in a positive light), it was hard to tell whether I wanted to be Wednesday or kiss her. It was years before I could admit that it might be a bit of both.

Wednesday’s troubles at camp begin when her rebellious streak brings her into direct confrontation with camp leaders Gary and Becky. Her refusal to star as Pocahontas—not on the grounds of appropriation, but because the play is “puerile and undramatized,” lacking “any sense of structure, character, or the Aristotelian unities”—gets her, Pugsley, and fellow outcast Joel sent to the Harmony Hut. Subjected to hours of behavior modification therapy (the Disneyfied kind), they are meant to learn that no matter “how odd or pale or chubby” they may be, they can still have a “darn good time, whether they like it or not.” Wednesday emerges seemingly transformed, declaring, “I’m not perky, but I wanna be. I want to smile and sing and dance and be Pocahontas in Gary’s vision.” She finishes the speech with her first smile of the whole movie, to the horror of the assembled campers.

The pressure for Wednesday to change, conform, behave like a “normal” teenage girl comes directly from the normies. Within the protective bubble of her family, Wednesday is cherished for her precociousness and homicidal tendencies. In my case, the pressure to behave like a “normal girl” came from both inside and outside my family. While my eccentric fashion tastes were tolerated, my “smart mouth” was not. I was repeatedly informed that my face was wrong, my voice was wrong, my body was wrong.

I was sent to group therapy for children of separated parents, then later for counseling. Neither of these measures was meant to understand me, but to fix me. When the interventions inevitably failed, I was simply grounded, denied privileges, and excluded from family activities. Nobody, least of all me, knew or suspected that undiagnosed neurodivergence could explain the meltdowns and my inability to comply with gendered and neurotypical expectations.

The lack of knowledge and understanding of autism—and the way it presents in anyone who is not a young, white male, particularly in the 1990s—meant many girls like me were never identified as autistic. I was finally diagnosed less than a year ago, having just turned 37. Perhaps I was lucky to have passed under the radar, because as painful as some of those experiences were, I was spared the “Harmony Hut” style intervention of Applied Behavioral Analysis (ABA). Rather than embracing neurodivergence, ABA has been forced on generations of autistic children so that they will learn to act “normal”—engaging in socially and age-appropriate conversations, making eye contact, and smiling.

The unsuspecting viewer of Addams Family Values might be fooled into thinking that Wednesday, in learning to smile, has turned away from the dark side and toward respectability. We soon realize that this is nothing but a rouse. Wednesday is playing the long game, appeasing Gary and Becky and tricking the other campers while preparing for her outcast rebellion—an iconic standoff between her troop of Chippewa outcasts versus the WASPish pilgrims, guided by Wednesday’s glorious determination to burn the ahistorical, white supremacist, and ableist summer camp to the ground.

(It should be noted here, as Elissa Washuta points out at Electric Literature, that Wednesday and her aristocratic family, with their inherited wealth of unknown origin, are still settlers on Turtle Island. Moreover, none of her band of Chippewas are native, and though her speech against injustice is compelling, Wednesday, in brownface, speaks on behalf of peoples whom she likely has little or no relationship with.)

Over the past three decades, the Addams clan has become both odder and queerer. Tim Burton’s imagining of a teenage Wednesday goes even further in embracing her outsider status, and while she’s not openly neurodivergent, her character and her school are coded in language and characteristics familiar to neurodivergent communities. Autistic people don’t get many onscreen characters we can celebrate. Shows like the Big Bang Theory, Atypical, and the newly cancelled As We See It have been criticized by the autistic community for reinforcing stereotypes of the socially awkward, white male math genius, or for dwelling on autistic behavior as a deficit and inconvenience to those around us.

As someone who went undiagnosed for most of my life, I gravitated toward onscreen outcasts like Wednesday who helped me feel less alone in a confusing and often hostile world. The things we love most about Wednesday—her “resting bitch face” and her monotone voice, for starters—are common autistic traits. As the Wednesday series creators have said, she is a socially awkward outcast, a classic outsider, who sees things mainly in black and white and “says the things the rest of us wish we could say.” In Tim Burton’s hands, Wednesday’s “outcast” status becomes the driving force of the entire series.

Autistic people are pathologized for their bluntness, honesty, and way of speaking, their “strange” tastes and “weird” behaviors. Ricci’s and Ortega’s Wednesdays are not only celebrated for these traits, they steal the show. As a queer, autistic, and aging goth girl, I’m excited to see if 2022’s reimagining of Wednesday Addams can push the canon a little further toward a celebration of empowered and compelling neurodivergent characters.

How Jane Austen Almost Walked Away From Writing 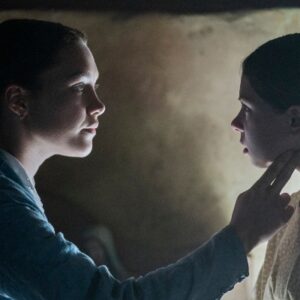 The otherwise excellent adaptation of Emma Donoghue’s novel The Wonder (2016) begins with a slow pan of a cavernous film...
© LitHub
Back to top