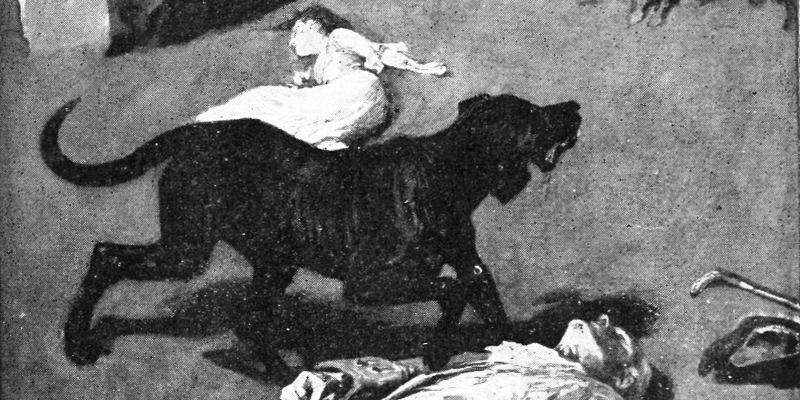 In this episode, writers Alex Higley and Willie Fitzgerald join host Catherine Nichols to talk about Sir Arthur Conan Doyle’s 1901 novel The Hound of the Baskervilles. The conversation includes discussion of how the figure of Watson is used as a magnifying frame for Holmes’s genius and the lasting influence of that narrative device; the overwhelming influence Conan Doyle and Holmes had on the development of the mystery genre; and how this was first Holmes story that Doyle wrote after eight years away from the character, of whom he had grown tired.

Catherine Nichols: One of the things that’s really interesting to me about reading it in the frame of rationalism is that it’s not rational at all. The story is about a glowing dog that haunts a castle. You can change everything about the story except that, and you’re still talking about The Hound of the Baskervilles. But if you change the glowing dog that’s killing rich people, it’s not really the same story anymore.

Now, if you talk about logic or rationality, usually it’s against emotion—that’s the thing that it’s in contrast to. But in this, very much in a late 19th-century way, logic or rationality is in contrast to the supernatural. So it’s nearly entirely a supernatural story. Almost everything that happens is supernatural, until Sherlock shows up. He’s been hanging out in the moor; he’s perfectly shaved and he’s well dressed, like Thoreau, who’s doing his laundry.

It’s interesting to me how much a detective story these days would not be almost entirely a supernatural story unless it was like Scooby Doo. I think there are some forms of the detective story where it’s almost completely supernatural until the very last minute and then they’re like, oh, just kidding, there’s actually a very flimsy, technically-this-could-happen explanation for these things.

Alex Higley: It does have a Scooby Doo vibe. I never would have thought of that, but it’s so true.

Willie Fitzgerald: Yeah, but don’t you think that’s ultimately what the story kind of resolves to? Which is that there is a “logical” explanation. One way you can think about mystery—and I’ve heard this said about police procedurals as well—is that they’re an inherently conservative genre, because the mystery starts with the disruption of the status quo, which is often a death. It’s like the cold open of Law and Order; they find a stiff in the trashcan or something. And then ideally it will resolve with the return of the status quo by someone being punished, or that trope being subverted.

In this story it feels like there’s the introduction of the supernatural, and it’s also couched in this—my favorite part of this whole book is talking about British history and the little glimpses you get of it. It’s like, oh, these people lived in these stone huts in the mire, and it’s like, this is awesome, this is so good. But then at the end, he’s like, oh no, here’s my logical explanation for it. So he kind of returns the world to the rational by saying the dog was covered in phosphorus, and here’s where he kept it and all this stuff.

Alex Higley is the author of the short story collection Cardinal and the novel Old Open. He is also co-host (with Lindsay Hunter) of the podcast I’m a Writer But.

Willie Fitzgerald is currently the Mari Sabusawa Editorial Fellow at American Short Fiction. His work has appeared in Hobart, Poor Claudia, City Arts, Keep This Bag Away From Children, and elsewhere. 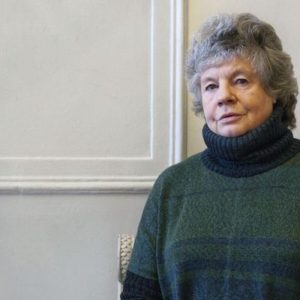 A.S. Byatt’s reputation as a master of the long form has been crystallized by Possession, a novel of depth, breadth and heft;...
© LitHub
Back to top