via University of Pittsburgh Press

‘The Proof’ A Poem by Toi Derricotte

From Her Collection I

After thirty years, I was done
with talking. I had told him

I was leaving, but still we’d sit
at the dinner table—me, to his right—& I’d watch him. He’d

put the forkfuls in his mouth & chew,
a calm look on his face. How I wanted him

to suffer, to see that there was some

register where it
mattered. If he would just turn

his eye, like a great
planet, slowly, as if over

epochs. I wouldn’t have left

if he had
looked at me with

sorrow or, perhaps, not even
sorrow, but to turn to me with sudden

awareness. Why were tears

pouring down my
cheeks? It wasn’t that he was angry,

that would have been
a kind of recognition. If anything confirmed

my going, it was that ab-
sence—not even cool—as if there was nothing

between us that couldn’t be dissolved
by will; nothing that could be

baseball field, a huge old tree
where the kids played ball, so that they had to

run around it to hit second base, how the coaches
wanted to take it down . . . but there was one old man who fought

for the tree &, though he didn’t win & the tree was cut, whenever
Bruce went home, years later, there was a perfect

field but nobody ever played
there. Is the mystery that no matter what I felt

was missing, there is something
that remains? But he went on, the meat

chewed, the water in the glass
swallowed. Perhaps what I had put on the table tasted

good, perhaps he was appreciating
my efforts, that I had called him, that, as usual, I had

made dinner for us. Perhaps he was concentrating
on something that I couldn’t see—me, so determined

to affect him, to make him pay. Wasn’t there a right

& a wrong here? I remember the time I decided

to move to Pittsburgh
for the job, to stay married but to live

apart. We had gone out to
the Frank Lloyd Wright house, Falling Water,

& we sat by the stream. He confessed
that something in him had been missing

all those years. He talked about his
childhood—the fears, of him being

the only black
boy in that town, & how his mother brought the news

the white girls
who flirted. He didn’t present it

to change anything, not for

sympathy but, as it happened, sometimes—if rarely
in our 30 years together—that

we showed ourselves without even a scintilla
of the will

to make things better. & that’s what made it so 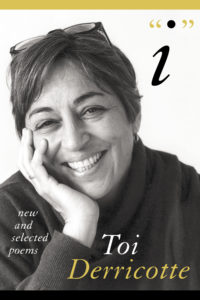 Toi Derricotte is the author The Undertaker’s Daughter and four previous poetry collections: The Empress of the Death House; Natural Birth; Captivity; and Tender, winner of the Paterson Poetry Prize. She is the recipient of two Pushcart Prizes and fellowships from the National Endowment for the Arts and the Guggenheim Foundation, among other honors. Derricotte is cofounder of Cave Canem, professor emerita at the University of Pittsburgh, and a former chancellor of the Academy of American Poets.
Share:

But That's Another Story Live: On Life-Changing Books

In Praise of the 'How To' Creativity Workbook 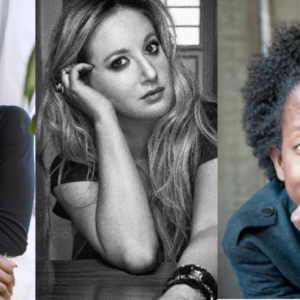