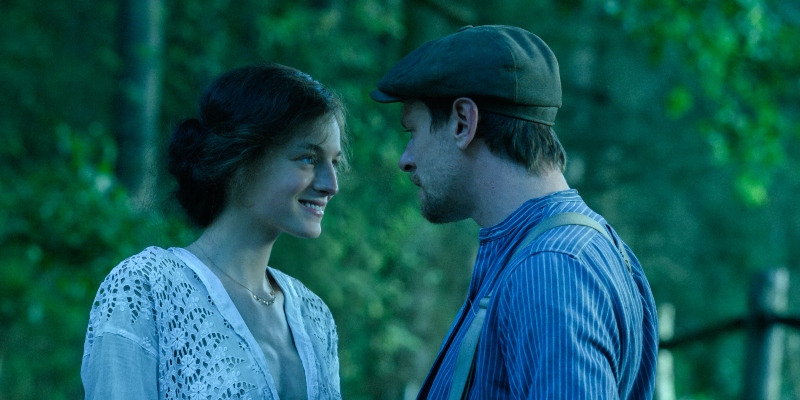 D.H. Lawrence’s final novel, Lady Chatterley’s Lover, has an infamous history. In 1928, after struggling to publish the novel widely, Lawrence and Italian publisher Giuseppe Orioli privately issued a 1,000-copy limited edition. A year later, it was published in France. Slowly and surreptitiously, the book was passed around Europe. The whispers grew: depending on who you spoke to, this book was either revolutionary or repellent. Publication was banned in Britain until 1960 when Penguin Books won an infamous obscenity trial and the “Chatterley ban” was lifted.

The novel tells the story of Constance (“Connie”) Chatterley, an upper class woman who, restless in her increasingly dull and loveless marriage to World War I veteran Clifford Chatterley, begins a passionate affair with their gamekeeper, Oliver Mellors. With its explicit descriptions of sex, its bold anti-industry sentiment (Lawrence was famously against industrialization of rural Britain and is thought to have used Mellors as a mouthpiece), and its piercing examination of the British class system, it’s easy to see why the novel has become synonymous with an era defined by sexual enlightenment and an increasing interest in socialist thought in the face of capitalist industry.

Now, almost a century after its first publication, Netflix is premiering a new adaptation of the novel. But it isn’t quite the abrasive, racy, anti-industrialist story that once courted so much controversy. This Lady Chatterley’s Lover, as one character says towards the end of the film, is “a love story.”

Adapted by Life of Pi screenwriter David Magee and directed by Laure de Clermont-Tonnerre, known for The Mustang and The Act, Netflix’s version takes a new approach to the classic text. Previous adaptations of the novel, of which there have been many, have largely embraced the scandalous reputation of their source material, choosing to paint the central relationship (and the act of sex itself) as primal, sordid, even seedy. (Indeed, the novel actually inspired a selection of softcore porn sequels.) Clermont-Tonnerre’s focus, however, lies elsewhere. She gives us a Lady Chatterley’s Lover that uses eroticism not to shock or to titillate but to provoke. While there’s plenty of sex in this adaptation, the scandalous nature of the affair is far less significant than how this relationship, with all its eroticism, connects to broader, more modern themes of female empowerment within an unjust world.

Despite its orientation, this is no “modernized” period drama akin to Netflix’s recent Fleabag-esque take on Jane Austen’s Persuasion or their frothy, fun, yet not-so-accurate Bridgerton. In fact, it adheres closely to its time period, favoring historical accuracy in everything from the language to the set and costume design. Where the adaptation is decidedly contemporary is in its female viewpoint and its mature depiction of social class and power.

Laure de Clermont-Tonnerre gives us a Lady Chatterley’s Lover that uses eroticism not to shock or to titillate but to provoke.

While the novel has an omniscient narrator, the film views the world through Connie’s eyes, played here by Emma Corrin (the young Princess Diana in Season 4 of The Crown), and Clermont-Tonnerre’s dreamlike, hazy shots. The film begins with her marriage to Clifford (Matthew Duckett) following a whirlwind wartime romance, after which he’s sent back to the front and gravely injured. He returns home paralyzed, and the newlyweds move into Clifford’s estate. Through Connie’s eyes, the rambling old house seems dusty and dated; the family portraits in her bedroom seem to stare down at her oppressively. Her life soon falls into a monotonous, lifeless pattern of paying visits to the local coal mining town, serving as Clifford’s caretaker, typing his novel as he dictates from across the room, and entertaining his friends. While some may bristle at the depiction of disability as burden, Duckett gives an accomplished portrayal of the character that Lawrence wrote—an entitled man, frustrated with his new circumstances.

When a professional nurse is hired and Connie begins to spend increasing time wandering through the grounds of their isolated estate, she and Mellors (Jack O’Connell) eventually connect. As romance blooms, she seems to come back to life.

Clermont-Tonnerre’s camera lingers on Corrin with a sort of meditative gaze, while she gives a subtle, inward performance, her eyes often doing most of the communicating. Considering this stream-of-consciousness style of storytelling, it is not insignificant that James Joyce and Virginia Woolf—both famed for their examinations of the inner life—are mentioned in the film, though they appear nowhere in the novel: this is D. H. Lawrence with a Bloomsbury twist.

Though the story becomes one of a woman’s inner journey toward enlightenment, it’s not entirely inward looking—in small bursts, it shifts outwards, too. As Mellors tells Connie, “You have to cut part of yourself off to send men into mines, to factories, to war.” With sudden statements like this one breaking through the quiet inwardness of the film, we are jolted out of Connie’s meditative world into the world that exists outside of her, one in which deeply entrenched class tensions and gaping social inequalities resemble those that still exist in the fabric of our society today.

Oliver’s words about the ruling class echo across their relationship—their class disparity haunts them again and again. And yet, as Connie and Oliver carry out their affair, seeking privacy in the estate’s idyllic woodland, their social differences seem to fall away. In one scene, the pair even shed their clothes and dance together, naked in the pouring rain.

Despite taking a sophisticated approach to the underlying themes of Lawrence’s novel, Clermont-Tonnerre and Magee ultimately shy away from the bitterness at the heart of Lawrence’s text. The final message is that love is “purpose enough for any life,” as Oliver writes in a letter to Connie. This is not the abrupt (though perhaps more realistic) ending of the novel. While some may scoff at this attempt to turn Lady Chatterley’s Lover into a glossy love story, it’s hardly something to begrudge. After all, adapting a novel for the screen doesn’t always have to be an exercise in fidelity—it can also be an exercise in expression. This version of the novel is a woman’s story of enlightenment and liberation as viewed through her own eyes. And perhaps it’s high time she was afforded a happy ending. 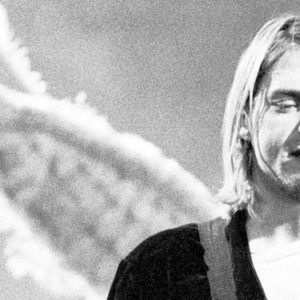 The following is from a 1990 pre-show interview Kurt Cobain did with WOZQ Northampton, the campus radio station for Smith...
© LitHub
Back to top