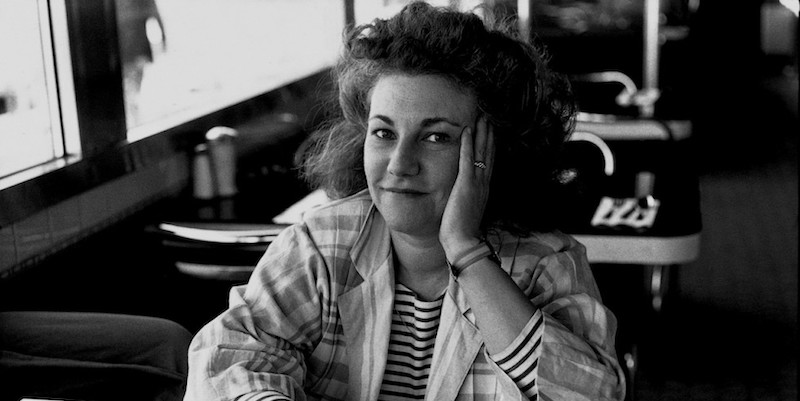 Bethanne Patrick on a World of Simple Pleasures and Great Kitchens

Back in the 1980s, when I lived far away from family and friends, one of my lifelines was a subscription to Gourmet magazine, in which I discovered a singular voice. This writer’s columns convinced me that a dinner party might consist of a simple, perfectly roasted chicken alongside a simple, perfectly dressed salad followed by a pan of gingerbread with whipped cream—and everyone would be happy.

That voice belonged to Laurie Colwin, whose Gourmet columns would eventually be compiled in Home Cooking: A Writer in the Kitchen and More Home Cooking, volumes I treasure—but not because I’ve ever made any of the recipes within them. (Even my roast chicken, which is good, is based on someone else’s technique.) I loved those books then and love them still because of Colwin’s voice: immediate and eccentric.

When I discovered Colwin’s fiction, I entered a world that I’d completely missed out on due to age and marriage and relocation: the Manhattan of the 1960s, 70s, and 80s, decades during which it was supposedly dirty and dangerous but still held charm, adventure, and beauty. Characters took chances, gave each other extravagant gifts, spent time on conversation and conviviality. “We will have a child according to the most felicitous method,” says a husband to his wife in one of Colwin’s novels. Who could resist such syntax?

Now, more readers will have the opportunity to read Colwin’s joyful fiction with new reissues via Harper Perennial and Vintage Books. The reissues began in March with Happy All the Time and will culminate in the October editions of Home Cooking and More Home Cooking, their introductions written by Ruth Reichl and Deb Perelman, respectively.) The books, with painterly illustrations on the covers, pay homage to Colwin’s milieu without sinking back into it, acknowledging that it is time for a new generation of readers to discover a writer whose work is rooted in, but also transcends, her era. With these new releases, it’s worth asking: who was Laurie Colwin, why do so many readers adore her books, and—perhaps most important—what makes her relevant today?

Colwin, reared in relative ease in Ronkonkoma on Long Island and Philadelphia, attended the latter’s affluent Cheltenham High School. She released her first set of short stories, Passion and Affect, in 1974. Although she spent many years in cramped Manhattan digs, described lovingly in her Home Cooking collections, she grew up with fine things, an appreciation for them, and the knowledge of how to care for them, too.

Those who knew her described her as “vibrant and vigilantly observant,” a writer who specialized in spot-on mimicry, a talent she used to bring eccentric personalities to the page. When she died at age 48 in 1992, she left behind a spouse—Soho Press-founder Juris Jurjevics, who died in 2018—and a young child, RF Jurjevics, who is now a writer and jewelry designer.

Colwin’s novels often focus on the domestic moments of daily life, with sometimes-simple, meandering plots. In Family Happiness, we watch the Solo-Millers and the Demarests struggle with different kinds of partnerships and life transitions, including bachelorhood, old age, marriage, and having children. Happy All the Time revolves around whether cousins Vincent and Guido will both marry the women they love and convince them to have babies that all of them will love. A Big Storm Knocked It Over follows two couples in which the wives are close friends, the husbands easygoing, as they navigate marriage and parenthood. Not much happens, and that’s the point. The books almost seem like vertical layers sliced whole from their characters’ lives, views akin to those ant farms children love, by which you can watch lots of comings and goings at the same time.

Colwin’s stories largely take place in a lost Manhattan of exquisite bakeries, staid apartments, and messy publishing offices, a city of relationships—marriage, school ties, professional groups, and always, offices, although Colwin never tried to make her characters conform to the status quo. In Happy All the Time, when Holly Sturgis discovers she is expecting a baby, she runs off to a convent, taking a typically male action—a vanishing act—for her own. Guido’s cousin Vincent loves Misty Berkowitz and hangs on her every word, while she fends him off again and again, like an oblivious dude in a rom-com. And Polly Solo-Miller Demarest of Family Happiness settles into an existence that includes both domesticity and adultery.

These women have their fabulously decorated cakes and eat them, too—preferably with very good coffee and in very good company. Readers get to experience their joy, too, joy that can’t be contained in bakery boxes or china cups, joy that allows these characters to fully inhabit themselves, because they are breaking free of expectations—usually from others, sometimes their own, but always expectations that constrained them in some essential way.

We observe Colwin’s characters navigating relatively untroubled waters, but their creator never looks down on them for having lives of ease. She is only concerned with seeing them safely ashore. The ability to change, or even to envision change, comes from a place of privilege. Today’s readers, and certainly readers 30 years from now, will clearly see, just as Colwin’s contemporary readers did, that her casts of characters have very few worries (even those who work in publishing seem to have remarkably stable jobs).

Her characters have lovely things that they use, appreciate, and share, allowing them to make life more easeful. “Domestic sensualism,” a term Colwin espoused, clunky as it may sound, matters; Polly and Jane Louise and Holly and their fictional communities create their own stage sets, proclaiming their individuality through their object choices. So what if you only have one fine teacup and saucer? Use it for yourself. Or use it to display a flowering plant. Or use it for a favored niece.

Colwin possessed sprezzaturra, that effortless feeling, the ability to whisk readers away into a family, a neighborhood, an apartment, a restaurant, believing that everything there is real and true.

Beauty does not have to be contained or fit inside anyone else’s rules: that is what makes Laurie Colwin’s fiction compelling. The people lucky enough to have known her always mention her particularity, how she held strong opinions “about crockery, English food, romantic protocol, the lovers of her friends.” She collected colanders, obsessed about organic products long before they became de rigueur, and had a mop of blonde waves that she must have gloried in and fussed over in equal measure.

The writer whose voice captivated me through her magazine columns would be as cranky and funny and eccentric in my kitchen (or yours, or anyone’s, really) now as she would have been in her own 30 years ago. She wrote as she lived, and she never skipped out on living to write. So many of the paeans to Colwin after her death devolved from literary criticism into personal recollections, because, unlike many of her writing colleagues, Laurie Colwin knew how to live away from the page as well as on it.

But what we have of Colwin now is on the page, and there’s a reason for the Harper/Vintage reissues: Colwin did know how to bring life to pages. Even if her late-20th-century New York City no longer exists, her characters still live in the one that does. You can imagine Guido from Happy All the Time, still sourcing his favorite canned shrimp bisque from Kalustyan’s, or Jane from Family Happiness taking the subway to Crown Heights for a visit to Bubbe’s Baby World, seeking the best prices on strollers.

On a personal level, I’m glad for these new editions of Colwin’s work because they can replace the tattered copies I’ve been moving from place to place for years. On a larger level, I’m thrilled to think of Colwin gaining a new audience whose experiences, perspectives, and values will enrich her messages of happiness and contentment. At the end of A Big Storm Knocked It Over, for the finale of “the perfect Fourth of July,” the main characters head to the local fireworks, where simple pleasures (cupcakes, iced tea, beer, chips) and community (“rowdy teenaged boys,” a “drowsing baby”, “a couple in their late seventies. . . Marshallsville’s great love story”) await holidaymakers. Jane Louise watches the show. “It was magical: that deep, echoing noise, that glowing tension, that unexpected, magnificent, beautiful release, like the unexpected joy that swept you away, like life itself.”

Our world in 2021 is sad, complicated, angry making. We are ripe for immersing ourselves in Laurie Colwin’s books because they provide an escape, because they bring us back to a different place and time but also show us that lives of small, quiet treats—those cupcakes!—can get us through some difficult times. Or at least reading about lives of small, quiet treats can ease difficult times.

Once you’ve read one Colwin book, I guarantee you’ll want to read several more—for the sheer ease she took in telling stories, for the interest and devotion she allots to her characters, and for the unexpected ways those characters go about finding happiness. Colwin was more interested in happiness than anything else. If readers are allowed to enjoy fantasy and romance from contemporary authors, why shouldn’t they be allowed to spend some time in Colwin’s world, where all the gifts are beautifully presented and all the chickens perfectly roasted?

If I Had Loved Her Less: On a Queer Reading of Henry David Thoreau and the Daily Performance of Manhood 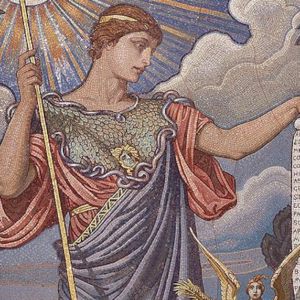 Sometimes I teach old books to young people, and recently I was teaching the Epistles of the Roman poet Horace to a group...
© LitHub
Back to top