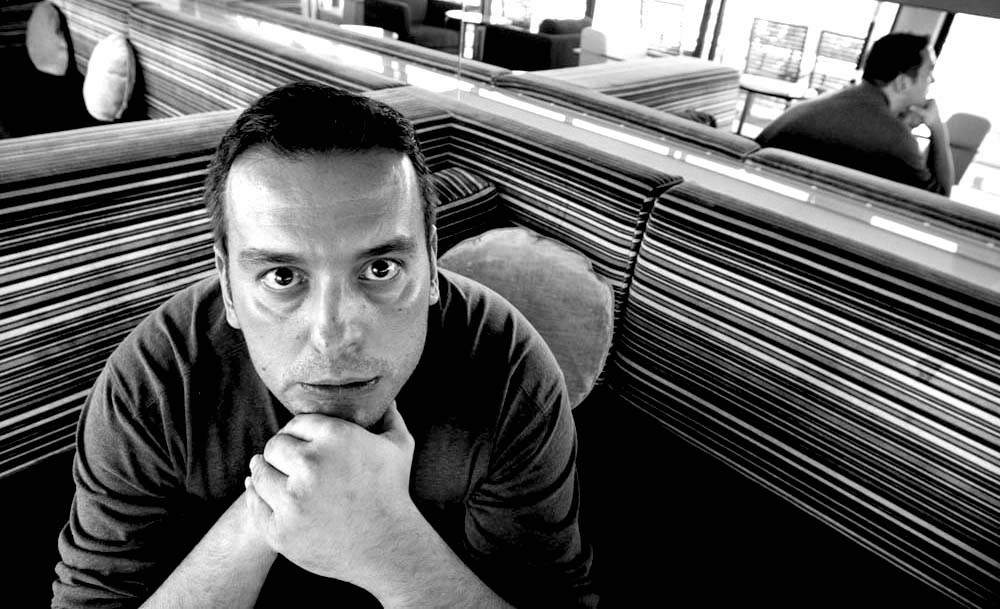 Christos Tsiolkas: “I am proof that multiculturalism is worth defending.”

The Australian novelist Christos Tsiolkas, author of the bestselling 2009 novel The Slap, has had a disorienting week. It’s Monday evening in Paris, and he’s just arrived from Switzerland, where he spent the weekend at a literary festival discussing the ongoing economic turmoil in Greece. The news in Europe is full of stories, images, protests and debates about the escalating Syrian refugee crisis. When he landed at the airport last week after the day-long flight from his home in Melbourne, Tsiolkas was confronted with the indelible images of three-year-old Aylan Kurdi’s body, washed up on a Turkish beach. “You’re so jetlagged you don’t even take it in, and then you suddenly look, and your heart breaks,” he says. “What that image has done is slapped us, really hard, and said, now look.”

Ostensibly Tsiolkas is here in Paris at Shakespeare & Company, the iconic English-language bookstore on the Left Bank, to talk about his new short story collection Merciless Gods, and to read from his most recent novel, Barracuda. But his conversation keeps circling back around to these twin crises: the economic and the existential. “What’s happening economically in the world, and fears about immigration and migration and refuge and home, are all related,” he insists. I ask him what he thinks of the fight raging in the British press over whether the people flooding out of Syria are more properly termed “migrants” or “refugees.” (When I’d arrived in Paris from London the previous week, people from the makeshift camps at Calais were delaying the Eurostar trains by surging over the tracks, in a desperate effort to be seen. The semantic argument seemed a way of abstracting the people from the crisis, so they had to force themselves bodily back into the debate.) “Let’s just call it a movement of people desiring home,” Tsiolkas says simply. “That’s what it is.”

Shakespeare & Company is a fitting place for conversations about displacement and migration, its various locations having served as gathering places for expats and exiles in Paris for nearly a century. Tsiolkas, now aged 50, has been writing for a long time about the relationship between Europe and the rest of the world: who it welcomes, and who it drives away. His own working-class parents emigrated from Greece in part because of “a subterranean feeling that Europe didn’t care about them.” In Australia, their opportunities expanded, but they had to contend with a relentless racism, a cloud that shoved itself between the immigrants and their new home’s bright sun. For their children and grandchildren, that blunt racism has moved and shifted, becoming entangled with class and identity in ways that Tsiolkas has spent his career trying to figure out. It’s a struggle that’s deeply personal. “I am proof that multiculturalism is a success and is worth defending,” he says.

Yet his most famous novel, The Slap, adapted earlier this year for NBC as an eight-part miniseries, is in some ways a satire of the multicultural dream: the story of what happens when people who congratulate themselves on their progressive tolerance are suddenly forced to take sides in ways that feel more tribal than rational. At that most Australian of social events, a suburban backyard barbecue, a nouveau riche, second-generation Greek man wallops a whiny white three-year-old across the face. The characters immediately begin to judge and to justify, and complex stories of morality, heritage, and class unspool from the single event. The book won a slew of prizes in Australia and beyond and was also a popular bestseller, bringing its author financial security “for the first time.” It was a level of success that has the power to sever the link between an intellectual and his working-class roots. “I realized that I wasn’t wrong—money does change things.”

So in his next novel, Barracuda, Tsiolkas chose to confront the question of success and class directly, although he didn’t want the protagonist to be simply his own middle-aged alter ego. Instead, he transposed the pressure of victory and the shame of failure that he felt as a writer into the arena of sport, intrigued by its “purity of achievement,” the existence of a clear line between winning and losing. Sport, too, is “obsessional” in Australia, a source of national pride and a badge of belonging. He chose to focus on swimming, a solitary pursuit that requires immersion in an alien element. The water and the beach are powerful Australian emblems, too, by contrast with the land that carries the weight of colonial history and violence inflicted on the aboriginal people. “So most of us live around the coastline,” Tsiolkas explains. “We’re a grand continent but we’re also an island, with all the problems that come from being an island.”

The novel follows Danny, a gifted young swimmer whose talent wins him admission to an elite private school, pulling him out of his working-class, immigrant world into a sphere of “golden children”—pale, blonde, rich, everything Danny is not. In the excerpt Tsiolkas reads, 14-year-old Danny stands in a hotel bathtub while his mother shaves his legs and armpits before an important competition; his lower status of race and class is doubly written on his body in thick, dark curls of hair. Tsiolkas recalls that his own arrival at university involved a similar confrontation with physical difference; he recalls looking around at his fellow students and wondering, “How can their skin be so clear, and their teeth so good?”

The shock of difference was not just physical. Within a few weeks, Tsiolkas found his language changing—“I didn’t know how to speak any more.” In Barracuda the struggle to communicate across the barrier of class stifles Danny’s voice, while his working-class friends remain free of any fear of “those words you can’t say in polite society.” They label his new school, with alliterative gusto, “Cunts’ College.” But the notion of “polite society” is in its own way a euphemism for the more malign exclusions of class and race: where, after all, do those boundaries lie, and who gets to draw them? Unlike his parents, and especially his grandfather, an immigrant from industrial Glasgow, Danny finds himself “inarticulate” around issues of class. Without this language, the boy is unable to understand and explain the way the world is organized, at his expense, for the benefit of a small elite. Tsiolkas says that he sees the same inarticulacy now in the young people he encounters in economically reeling Greece: raised to believe class doesn’t matter in a globalized, hyperconnected, and mobile world they’re suddenly discovering that it can crush them anyway.

Growing up amid questions of belonging, nationhood, immigration, family and sexuality, Tsiolkas says he was drawn to writers who tackled those issues head on—Norman Mailer, Tennessee Williams, Jean Genet. “Trying to make sense of my sexuality and my space in the world,” says Tsiolkas, who is gay, “I was drawn to artists who are unafraid.” Reviews of his novels often focus on his rough language and graphic scenarios, suggesting that he’s out to shock. It’s true that the stories in his new collection Merciless Gods, written over the past two decades and published this month in Australia and Europe, can sound lurid on paper: after her estranged son’s death, a mother sits down to watch a porn film he made; a fight between prisoners culminates in one forcing the other, literally, to eat shit. But those jolts of violent feeling are just the beginning, a jumpstart to the process of trying to make sense of the world. The stories that evolve from even the most unimaginable scenarios are told with a warmth and sympathy that maintain the characters’ dignity and humanity. And they never retreat into abstraction or obscurity—Tsiolkas writes to be read by the people he knows, as well as the “very white, very middle-class” literary establishment. Despite his love for avant-garde, experimental literature, he’s not interested in language “that shuts people out,” he says. “I’m very cautious of an intellectualism that is genuinely elitist.”

For now, he’s focusing on a work that’s the very opposite of exclusive: “I’ve been reading the Bible,” he says with a trace of surprise. After Paris, he’ll be spending several more weeks in Europe to research his new novel, which is inspired by the life of St. Paul. Although he’s quick to point out that he’s not yet sure what form the new book will take, or whether it will be a historical story at all, it sounds like a departure for a writer so acutely focused on modern Western society and its fault lines and fractures. But the apostle’s story is also one of restless motion, and Tsiolkas will be tracing his journey in reverse, through Greece, Turkey and Israel—reflecting on the intersections, ancient and modern, between religious quests, political flights, and the search for home. 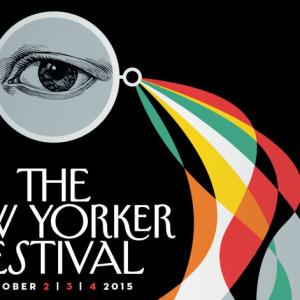