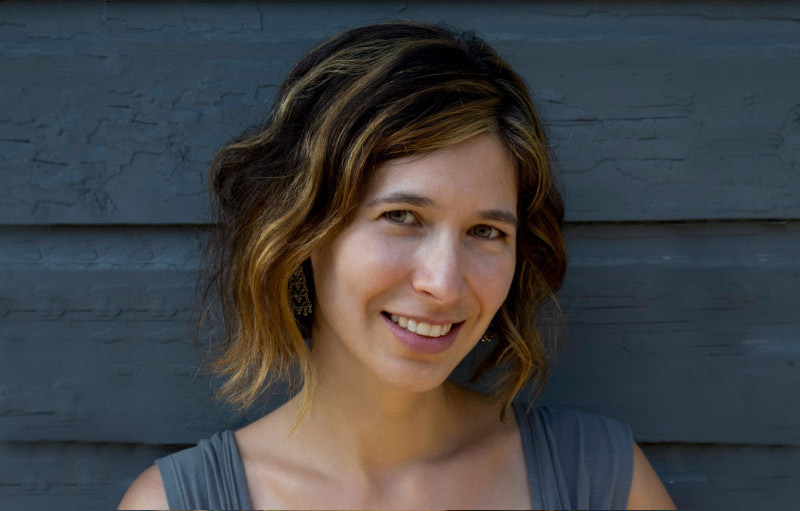 Francisco Goldman in conversation with the author of Ways to Disappear

Poet and translator Idra Novey’s debut novel, Ways to Disappear, tells the story of a literary translator who flies from Pittsburgh to Brazil in pursuit of a recently vanished, celebrated author. At once a comic noir and a meditation on the nature of art, it is available now from Little, Brown. Award-winning novelist Francisco Goldman sat down with Novey to discuss their experiences in South America, American expat literature, and self-mockery.

Francisco Goldman: I find it fascinating that violence finds its expression in the way it does in your novel. It makes sense to me that you would have violence in the background of this book that then comes in and seizes center stage. How integral was your thinking about violence to writing Ways to Disappear?

Idra Novey: From the first draft, I knew I wanted to write about an unspoken-of experience of violence in a writer’s past. I was interested in the way that unspoken-of trauma would manifest differently in a writer’s work than it would in her relationship to her children.

FG: And yet you begin with this extraordinary playful, sublime, utterly enchanting narrative.

IN: Yes, I guess I decided if you’re going to back yourself into a dark story, you might as well begin with an almond tree, a suitcase, and a cigar. It seemed like as good a place as any to start.

FG: I’m curious what experiences with violence led you to this book. I grew up outside Boston and there was plenty of violence in that environment. Violence has been around me my whole life. But it was nothing like the violence I experienced when I moved to Guatemala for the first time in 1979. I had a lot of innocence, an American kind of innocence. That was the kind of violence that changed my life and I still struggle with how to express it as a writer. That tension is permanent.

IN: Me, too. I didn’t live in South America until I was 20 and came to it with a similar kind of naiveté. I grew up in Appalachia and most of my friends had cases full of guns in their basement. I knew people who’d gotten shot in hunting accidents and domestic violence was rampant but it wasn’t anything like the palpable, ever-present threat of violence one feels living in a city like Rio de Janeiro or Salvador, both of which, I just read, are among the 50 most violent cities in the world. I thought my reckless childhood in Appalachia had prepared me to deal with any kind of situation, but it just wasn’t true.

FG: And you get at that innocence so masterfully in this book. It’s so forgiving. Because it’s just the way people are—no better or worse. There’s no reason the protagonist should arrive in Brazil and be an expert on extortion and loan sharks. She just is who she is, though in her own way she’s actually an incredibly brave person. Her greatest act of bravery is to forgo every kind of conventional career choice and dedicate herself to translating an obscure Brazilian author. I bet nuns earn more money. I live next to a convent in Mexico City and the nuns have a stationery store. I bet their annual income is higher than that translator’s.

IN: Oh, I bet it’s higher! Everyone loves stationery.

As for describing people as they are, I just started reading Hilton Als’ White Girls. In it he says of Flannery O’Connor that her central strength as a writer was her ability to write with humor and without judgment about her crumbling social order, which was definitely my intention as well—to write about a particular kind of North American naiveté with a sense of humor, and without condemning it. To just understand it for what it is.

FG: The humor in the book definitely comes from your very realistic devotion to characters who are existentially ludicrous which some of us just are! When Emma buys that hat, that is the most hilarious thing. And the other brave thing she does is escape her dreadful boyfriend and the horrible, humiliating exploitation of being an adjunct professor. We’ve all seen it. I’ve seen extraordinary smart people work for almost nothing in adjunct positions for years and just keep dating the most boring partners with the weirdest hipster manias like checking their pulse all the time. Emma’s an incredibly believable character even though her situation is so extreme. You masterfully illustrate to me what we’re looking for in a novel that has its eyes open about violence, that writes against that violence but also without denying it.

IN: Thank you. I hope the novel gets at the way violence and denial perpetuate each other. When and how the habit of denial backfires is such a rich subject as a writer. The end of denial is so often the beginning of a profound change of heart, and mind.

FG: I loved that moment when Emma’s sitting at the table with Marcus after they’ve made love and the table is, as tables so often are, uneven. It always happens in restaurants in New York and most people get incredibly annoyed and shout for the waitress to fix it. But Emma doesn’t want to fix it and recognizes that a week ago she would have.

IN: Well, I certainly felt very alive writing it. I threw into this book everything I’d done up to now as a person. Prose poetry. Translation. Radio reporting, which I did a bit of in college. I threw it all in, and also many of my own experiences living in Brazil. For years, I’ve been a fanatical reader of American expat literature. In part, I suspect, because expat fiction often concerns the desire to change one’s very begin in some fundamental way. James Baldwin’s Giovanni’s Room. Mavis Gallant’s stories. Paul Bowles’s The Sheltering Sky. Malcolm Lowry’s Under the Volcano. They’re all tales of awakening. And also of coming to terms with the peculiarities of being an American. Mavis Gallant was born in Canada but her mother was American. I had no idea how deeply American and limited my notions of violence were until I lived and worked in Chile for several years after college.

FG: Absolutely. When I moved to Guatemala that time – I’d been working in restaurants in New York – it was because I thought I’d have more time to write. I had to get three short stories together to apply to MFA programs. I thought I could stay in a lakeside cabin my family had, and my uncle said, don’t you know there’s a war going on? I had to move into his house in the capital. In Guatemala City that year the government was cracking down not just on the urban guerrilla network but on labor leaders, students, moderate politicians, anyone. It was a slaughter, most of it blacked out of the newspapers. A daughter of my uncle’s friend was a medical student who had a weekly class in forensics at the morgue, she said I should see how the bodies were stacked like firewood some mornings, and the condition they arrived in. I could have said “ugh” and not gone with her. But I went. I had to go in disguise like a medical student, in whites. I’ll never forget what I saw, the cigarette burns from the torture, the mutilations. That was when I crossed from being one kind of writer to being another kind. At that moment when I asked myself: who are these people, who did this to them and why? I became a journalist too.

IN: I came to ask myself a similar question when I first lived in South America. I was teaching and working as a journalist in Valparaiso, Chile but I also volunteered every week at a domestic violence shelter and did an informal writing workshop with the women there and some of their older children. We read some Chilean poems but I also translated poems I loved by June Jordan and Adrienne Rich and Louise Gluck into Spanish for the women in the group. Then we wrote back to those poems together and it was only in Spanish, talking about poetry with the women in that shelter in Chile, that I finally spoke openly about the kinds of violence I’d witnessed as a child.

I got especially close to one of the women who’d been hit in the head so hard and often she’d lost her hearing before moving to the shelter. To talk to her I had to write everything down and we got very close through all those notes between us. I was a different kind of writer after working in that shelter. I started writing in Spanish about my mother and at the same time, in English, about several young women in a Chilean mining town who’d been murdered and the local police had done almost nothing about it. I became obsessed with the case and realized how driven I was to write about the acts of violence that don’t make it onto the news, and why they don’t.

FG: And in the novel you dare that violence to come in, writing it exactly the way you want to write about it, which is a triumph over that violence. And you do it while also being very funny.

IN: Well, when you’re being funny you can get away with much more. It’s easier to weave in the darkest questions when you’re mocking yourself.

FG: I think every protagonist of every book I’ve written is a mocking of myself in some way. After reading my novel Say Her Name, which is so close to what I lived through, some people worried I might get sued. And a friend said I think the greatest threat of a suit with this novel is you suing yourself for defamation!

IN: Ha! Well, when I wrote this novel, I was worried other translators might sue me—even though I set out to write a translator super-hero.

FG: And Emma is. She triumphs over a murdering extortionist! If you were trying to channel aspects of your favorite literary imaginations, you really surpassed them. In one of the compressed little stories, Emma, the translator, asks Beatriz, the author, if she’s ever written about her children and Beatriz says of course I did. They’re the mayors of those adjacent towns along the Amazon River. The two competing mayors? It’s just so absurd and the translator says oh, ok. I killed myself laughing over that. It’s just brilliant.

And this line on page 153 was one of my favorites. Maybe we could end with this: “The beauty of the story was the futility of it, the devastating failure of the author’s attempts to recast a rape and its aftermath by simply changing the fabric of a dress or the entrée on the table.”

That’s such exquisite, high conceptual writing. It’s so fantastic and moving—that beautiful futility and all the pain behind it.

Francisco Goldman has published four novels and two books of non-fiction. He has been a Guggenheim Fellow, a Cullman Center Fellow at the NY Public Library, and a Berlin Fellow at the American Academy. He is a member of the American Academy of Arts and Sciences. He also received a 2017 Barnes & Noble Writers for Writers Prize, and has just been named a recipient of PEN Mexico’s 2017 Award for Journalistic and Literary Excellence. He has written for The New Yorker, the New York Times Magazine, Harper’s, The Believer, and other publications. 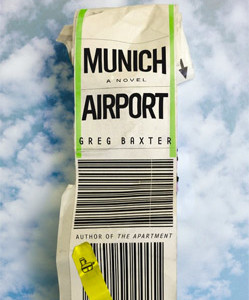 Munich Airport is a blue airport, there is blue everywhere. The blue is a serious and efficient blue but also an ebullient...