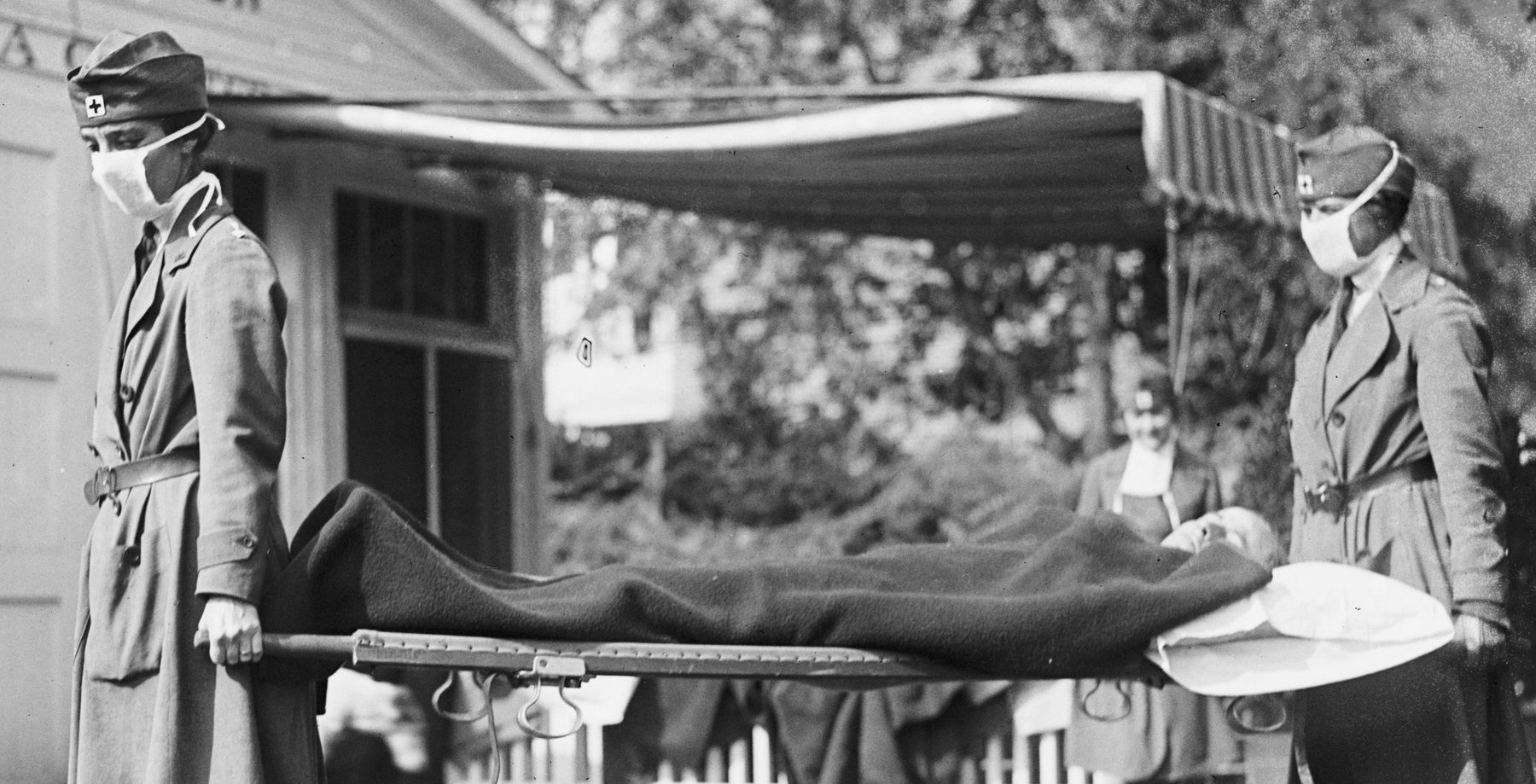 One of the many I can’t believe this is real moments that hit me in the first days, back when my wife was the only one who was sick, was when we were speaking to each other through a glass door. I thought to myself, Wait, I wrote this scene once.

She had woken on a Monday morning with body aches, headache, and a fever. In retrospect, she’d been fighting it for a couple days but had thought it was a cold or allergies. Now it was Thursday; she and our asymptomatic (thank God) 10-year-old son had tested positive; our 14-year-old and I had tested negative, though that would soon change.

In our doomed attempt to limit the contagion, she and the little guy wore masks in the house and stuck to an upstairs guest room and a downstairs study that had two glass-paneled doors. Sometimes she and I spoke to each other over our cellphones, which made it easier to understand each other than talking from six to ten feet away with masks, especially when we had to discuss delicate matters we didn’t want the boys to overhear.

But one afternoon we found ourselves talking from either side of those glass doors, with our masks, and I realized we’d become characters from my first novel. The Last Town on Earth, published in 2006, back when things like pandemics seemed like interestingly foreign premises for fiction, is set in a Washington logging town that attempts to keep the 1918 flu from breaching its borders. (Spoiler: it doesn’t work.) At one point two lovers, one of them ill, have to communicate through a window.

Everything to a writer is Chekhov’s gun, a dangerous possibility that could turn on us at any time.

One of them doesn’t make it. I tried not to fixate on that as I looked at my masked wife through the glass.

I also tried not to fixate on the symbolism of the delivery, that very afternoon, of decorative Halloween gravestones.

This has been an odd time for those of us who tell dark stories, who imagine the worst that could happen in all its intricate detail. Like many writers, I haven’t been at my creative best lately, as the act of imagining the worst feels decidedly less fun right now, even dangerous, like tempting fate.

I am a worrier, as perhaps most writers are, always visualizing the downsides of every possible decision. Everything to a writer is Chekhov’s gun, a dangerous possibility that could turn on us at any time.

Between my 1918 knowledge and my wife’s job as a public health worker, we’ve taken COVID seriously. But seven months of weary lockdown and worry seemed like nothing compared to the shock and fear when my wife’s positive test came through, and, a day later, my younger son’s. I was glad the little guy was asymptomatic, but now I needed to keep away from him. From my own son. I couldn’t sit beside him during his Zoom school and try to keep him on task anymore. He had to wear a mask in his own house, stay in his own room. He could stay near my wife, but she wasn’t such great company at the time. My other son and I had to avoid him, a leper in his own home. I worried I was psychologically scarring him every time I backed slowly away from him in the hallway. I missed seeing his mouth.

For a few days I delivered half my family’s meals to their sick rooms, then ate with my healthy son at our half-empty table. Even our Friday night “movie night” tradition took a hit, the sick pair watching in one room, we in another. The little rituals that have kept us mostly sane, like our long hikes and my sons’ endless playing of Axis and Allies, Risk, Diplomacy, and every other war-related board game, fell away.

The worst symptom was fear. My wife felt less terrible a few days in, but then the coughing started. I remember readers telling me that, when they read my book, any time they heard someone coughing on a subway or airplane, they felt nervous. Every tickle in their throat became terrifying. I hadn’t intended that effect, but I understood it. And now I felt the same way, lying in my empty bed, hearing my wife cough in another room, hoping that cough wasn’t grim foreshadowing.

Writers are primed to look for symbolism and meaning everywhere. Nothing should be random, nothing without explanation, nothing that doesn’t tie back somehow to our grand unifying theme.

Disease tears a hole through this mentality. It has no meaning or symbolism, it just is. It is awful and it resists our tiny need for meaning.

The villain had finally entered the room, with a poor sense of timing that violated all good storytelling.

When I first researched The Last Town on Earth, I was struck by how few other novelists had taken on the 1918 flu. Surprisingly few novels deal with disease in general. Maybe they’re a hard sell; not everyone wants to read about people getting sick and dying. Also, it’s challenging to make a disease the antagonist of a story. Viruses don’t have thoughts, they don’t make plans, they don’t rub their hands together evilly or leave cryptic comments as they skulk offstage.

When writing about a disease, an author is forced to create other antagonists. For my book, that meant turning the townspeople against themselves, amping up existing tensions between workers and management, between pro- and anti-war camps, between immigrants and the native born. We see the same thing today, our many divisions ripe for exploitation by the faceless virus. We turn on each other because COVID presents no target at which to aim. We desperately want someone to blame, so we point at each other’s character flaws as if they’re the reason things have gotten so bad.

What was my family’s character flaw? An inordinate trust of our relatives? Despite our many precautions, we likely got COVID through a relative with whom we had unofficially “bubbled” a few months ago. A week after our latest visit from the relatives (who hadn’t realized they had COVID until later), my wife was sick, then me, then our older son (though luckily it barely fazed him). Now I was the one with the chills and body aches and crushing fatigue. All those moments we’d deprived ourselves of for seven months didn’t matter anymore. The thousands of articles I’d doomscrolled didn’t matter. The fact that I know way too much about the 1918 flu didn’t matter. Those who don’t know their history are doomed to repeat it, sure, but here’s the lesser known corollary: knowledge can’t save you from the mercurial swings of fate. The virus doesn’t care that you’ve read a lot of books.

After seven dull but stressful months of foreshadowing, the villain had finally entered the room, with a poor sense of timing that violated all good storytelling.

One night, when I hoped the worst was passing, I was reading Ron Rash’s In the Valley and I got to the part where we learn a character lost his wife and children to the 1918 flu. I’m sure Mr. Rash meant for me to feel sad, but what I felt was pure terror. Nauseated. My heart pounded. I put the book down and imagined the unimaginable.

If my own book had a grand theme, it was this: even in a nation of individualists, we are intricately connected to each other, and nothing drives that home like a contagious disease. What I do affects you, and what you do affects me, whether we like it or not.

Despite our ordeal, I know my family is lucky in so many ways. My wife and I have jobs that allow us to work from home. We have a guest room we could convert to a sick room, and a yard for my boys to play in. Here in Georgia the weather since COVID hit has been generally spectacular; we’ve walked and hiked hundreds of miles, become back porch birders. Insulating ourselves from risk, we are the Instacart class, where the main problems are boredom and lost events like Cub Scouts, band concerts, birthday parties.

After two fearful weeks, my family began to recover. And still we wonder what it means. Are we immune now, and if so, for how long? Are we at greater risk for strokes and blood clots, a scary thought given some family history? We check our boys’ skin for telltale rashes, terrified of what the next plot twist could be. We search online for answers, our Information Age brains still struggling with the fact that there is a vitally important subject about which so little is known.

We make it to the next day, a little less tired than before, a little less scared. On a game board on the living room table, the Allies invade North Africa. On a giant piece of paper on the floor, my sons invent yet another board game, a new world springing to life, wondrous nations with colorful flags and more colorful blood feuds. We turn the page and wonder what comes next. 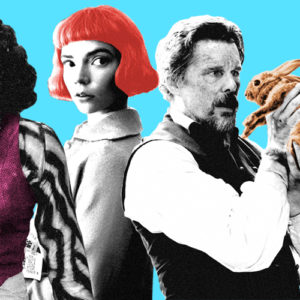 The 10 Best Literary Adaptations of the Year Watch any television in 2020? What about movies? Oh you did? Us too. In my opinion, the best screen experiences of the year...
© LitHub
Back to top