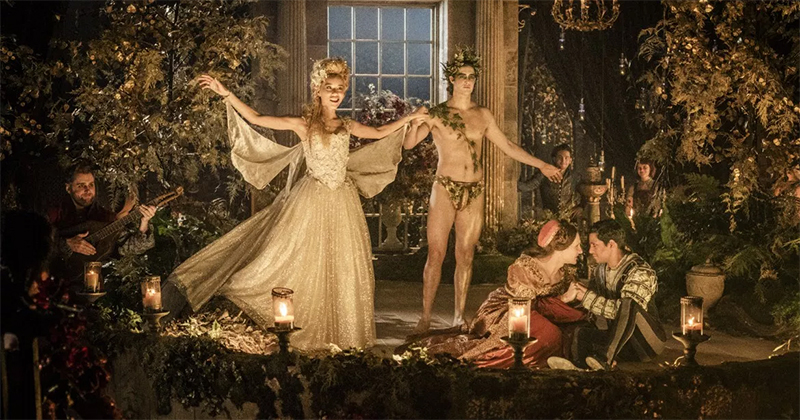 What You Might Have Missed, From Torture to Radiohead

In the first episode of TNT’s Will, a young, hot William Shakespeare arrives in the big city of London, bright-eyed and ready to pursue his dreams. But, as Will wants the viewer to know, Elizabethan London is scary! In fact, it’s kind of like London in the 1980s, when punk exploded as a musical genre. Can you guess what song soundtracks this scene?

Do you get it? It’s a song about London being an intense place to live, “edgy” but not fresh, shouting about how cool it is from the sexy, modern year of 1979.

Nearly every one of the many music cues in Will takes after “London Calling”; each scene is backed by the most obvious and aggressively anachronistic song imaginable, from a furtive cover of “All Along the Watchtower” (people are sad) to The Beastie Boys’ “Sabotage” (people are fighting) to several Radiohead songs that are not the Radiohead Song from Romeo + Juliet. In one example, the ominous “Everything in its Right Place” scores a scene of Will, who’s in distress because he has to hang out with his kids. It’s a template that extends throughout the rest of the show’s run.

That’s right—I watched the entire first (and now only) season of TNT’s show about Shakespeare being young and hot, so you don’t have to. Here’s what you missed: 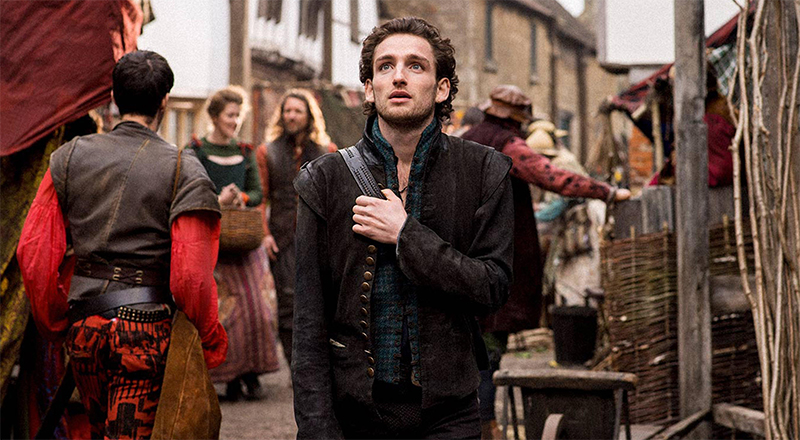 Laurie Davidson as Shakespeare (via TNT).

William Shakespeare, played as a boyish, wide-eyed secret genius by Laurie Davidson, abandons his family and moves to London to pursue his dream of becoming a playwright. Over the course of the season, Will’s wife briefly comes to London, realizes she is holding him back, and gives him tacit permission to be great by sleeping with other people. (Thankfully, Will’s bounty is as boundless as the sea.) Eventually, he manages to insert himself into the theater troupe run by James Burbage, played by the thankfully-watchable Colm Meaney, and starts to become the great writer man we all know and love.

Burbage’s son, Richard would eventually become Shakespeare’s leading man, inaugurating roles like Hamlet, Othello, and King Lear. But in Will, he is a goofy horndog who slowly, painfully learns over the course of the season that he doesn’t have to fuck everything that moves (a lesson that comes to him in part through a sojourn to a plague house that also turns his hair faintly gray, because now he can play mature roles). Burbage’s daughter Alice is revealed to be the real brains behind the theater troupe—and, in this version of events, the real brains behind much of Shakespeare’s best work, serving as his muse and creative partner. Inevitably, they bone down, until Will tries to choose his wife over Alice before Alice in turn runs away to become super religious. (Get thee to a nunnery, amirite?) 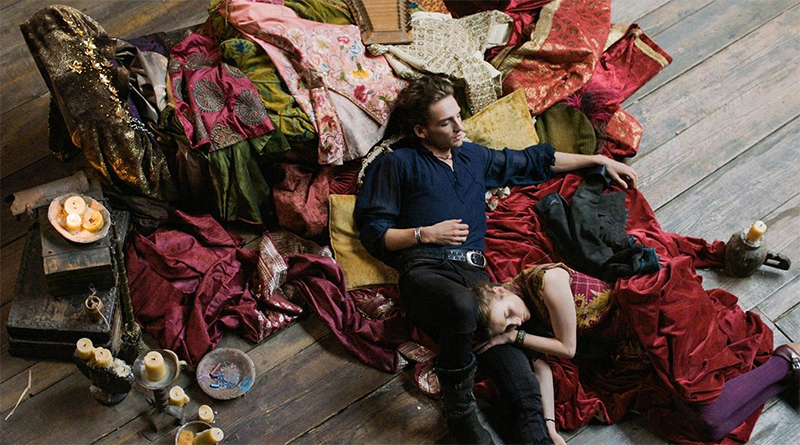 Laurie Davidson as Shakespeare and Olivia DeJonge as Alice Burbage (via TNT).

Meanwhile, Christopher Marlowe—the established golden boy of the London theater scene—experiences an ongoing crisis of faith, which culminates with him getting buried up to the neck in a grave before he’s rescued by some friendly Satanists. His character is a cut-rate Dorian Gray, “ruined” for life by a long-simmering relationship with a dying older man. He also, for some reason, hallucinates a lot of wolves.

And there is a lot of torture, here performed by Richard Topcliffe, a noted investigator and Queen Elizabeth’s primary enforcer of anti-Catholic laws. In Will’s framing, Catholicism is a noble theological pursuit, and Shakespeare one of its tortured practitioners, forced to hide his “true” self within his fictional creations—just a few short centuries before The Young Pope made it not only acceptable, but spiritually necessary to be a linguistically gifted asshole in the service of Christ. Though this plot point starts out at the margins as a way to introduce some arbitrary high stakes into the narrative, it eventually overtakes every other storyline, as Topcliffe tortures half of the cast and threatens to destroy the theater, prompting Will to . . . write a play. 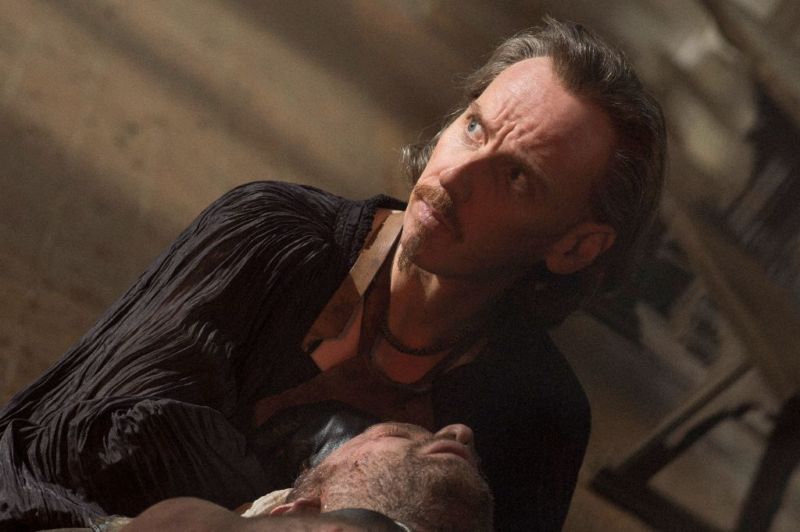 Yes, Will writes Richard III about Topcliffe, as a way of showing the public (and, apparently, the queen) that he is a bad dude who does not deserve to have the still-unchecked martial power of the crown. So the climax of the first season of Will becomes, essentially, a recreation of the players scene in Hamlet—“the play’s the thing” and all. Effectively humiliated, Topcliffe is removed from power, subjected to the rule of law, and rendered unable to torture Catholics. It’s a mostly happy ending that preserves the underlying illegality of Catholicism, but leaves Will to write another day. Huzzah!

Well, who cares, you might say. This is a cable drama about William Shakespeare being a hot dude brought to you by the channel responsible for the legal careers of both Franklin and Bash: Why should it be historically accurate, or even slightly interested in getting stuff “right”? It’s a fair question, since many of the best period dramas don’t care about those technical issues, or at least don’t elevate them to the status of fetish object. (The Knick, for example, is fascinated by the goriness of early 20th century medicine, but it doesn’t go out of its way to tell you how effectively it has captured the era.) And even the most minutely-crafted period piece is still going to miss the occasional detail.

But Will doesn’t present itself as an ordinary period piece; it seems to be under the impression that it is a piece of educational programming—like Schoolhouse Rock, or Wishbone with more wish-boning. Craig Pearce, the main creative force behind the show and a frequent Baz Luhrmann collaborator (he co-wrote the script for Romeo + Juliet), has spoken in interviews about how he wants to make Shakespeare’s life and work feel “immediate” and “relevant,” which makes a lot of sense if you’re the type of person who spends a lot of time worrying about those darned kids and their cell phones. When, oh when, will any teens encounter Shakespeare, other than in every single one of their high school English classes? 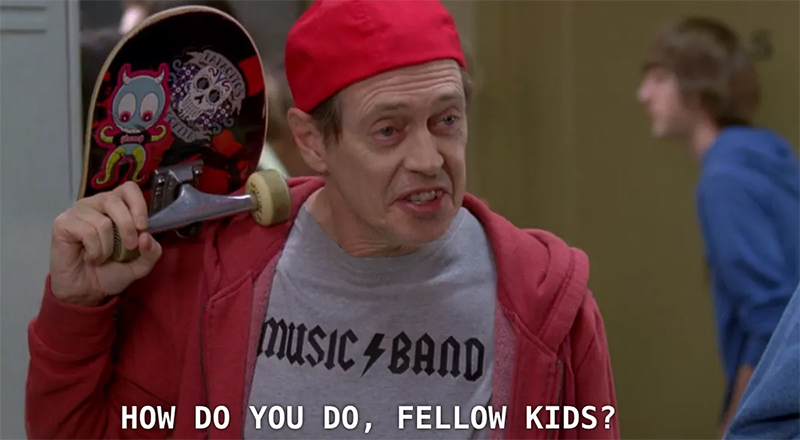 All of Pearce’s aesthetic choices are thus in the service of the worst possible attitude a teacher can take—desperation to assert their own coolness and ability to “jive” with the youth. It’s “how do you do, fellow kids?” except that instead of a skateboard, Steve Buscemi has a copy of Macbeth, and he insists you read it.

Though “modern” twists on Shakespeare have a history almost as long as Shakespeare himself, from the artistic (Macbeth adaptation Sleep No More) to the trashy (Academy Award-winning film Shakespeare in Love), this one has a specific point: Will’s—and Will’s—fundamental belief in the essentially magical power of words to change the world. Will’s words give him and the other members of the cast the ability to express themselves, win arguments, and persuade. His speech saves the theater troupe from a fire, convinces his wife to leave London (and him to his philandering), and wins over Alice’s family, even as he’s destroyed it. His plays can rouse a crowd, move women to fall in love with rich old men, and apparently, even fundamentally alter the way law and order is administered in London. And yet, through all of that success, he is still a huge dweeb.

The show is right in some respects—words can move people to actions. But even the most important, influential works of literature ever made have to act upon and through people. They are a means to an end; a tool, but one that exists to motivate others. They are not, in themselves, idols. Yet the show repeatedly asserts their importance, suggesting that their tangible effects are, essentially, the result of the artistic “discourse.” Will stares American politics in 2017 in the face and says, “Sir!” 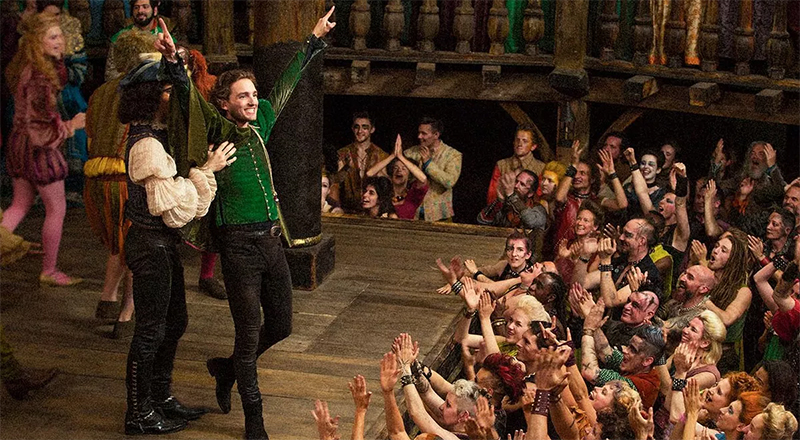 Laurie Davidson as Shakespeare (via TNT).

At one point in the finale, Will entreats Alice, who has long since decided she has had enough of him and his bloviating: “We can make the theater great again.” By the end of its run, Will seems to have forgotten its original contention that this form of theater was “punk”: edgy  and looked down upon, something which endured precisely because it was not Great. (I’m not a very punk person, but I’m pretty sure turning a specific artist’s life into a generic artistic coming-of-age story in the service of a generically uplifting message and a slogan cribbed Donald Trump is not very punk.)

So what is Will, exactly? For all its commitment to the idea of the theater, it doesn’t seem to know. At times, it’s trying to be a steamy, CW-style soap about hot historical figures. In other moments, it’s a cringingly earnest piece of quasi-historical hagiography. And by the season’s end, it seems to want to be a straightforward TV drama, complete with life-or-death stakes and ideas about freedom that some guy thinks are important. Will spins itself around in circles and, confused and dizzy, somehow manages to say that Shakespeare wasn’t very special at all—before tragically damning itself to an early demise with no chance at redemption. When, Pearce might ask himself, was the theater great in the first place?

"He Comes for the Girls." Philip Roth on Getting Kicked Out of Prague 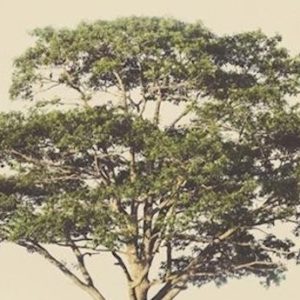 One of the ways I determine which books have been “overlooked”—and it’s definitely an art, not a science—is to pay attention...
© LitHub
Back to top
Loading Comments...