The Art of Reading While Feeding (a Newborn)

On becoming a parent, I received countless warnings that I would never again have time for myself. So it was a welcome surprise that one thing I had more time for, at least initially, was to read as I fed my son (another surprise: some feeds last more than an hour). But where I had once enjoyed one book at a time, as and when I wished, I now grasped at whatever text lay within my reach wherever I stopped to feed.

On the sofa: the Library of America’s Joan Didion collection, whose thin and delicate pages, reminiscent of a Gideons hotel Bible, seemed to mirror the fragility of new motherhood. In bed at 3 am: Samantha Irby’s Wow, No Thank You, her frank and funny essay “Girls Gone Mild” a reminder that going out isn’t always much fun, anyway.

Whether by breast or bottle, no two feeds are alike; they can range from frenzied to slow and steady, tear-jerkingly beautiful to tear-inducingly tough. But when choosing books to fit the occasion, the need for reassurance ranks high. In conversations with other parents, I found this to be a common preference.

“I very quickly realized that I wanted something old and comforting, like, something I had read so many times that I could almost say the words myself,” author Avni Doshi told me. When she had her first child in 2018, Doshi was staying at her mother’s house.

Despite plans to re-read the punchy prose of Jenny Offill and Sarah Manguso, she instead found herself drawn to Jane Austen and her childhood bookshelves, including the funnier tales in an illustrated collection of Greek myths (seemingly “the height of impracticality,” the hardback lay helpfully flat, leaving Doshi almost hands-free). She also revelled in William Makepeace Thackeray’s Vanity Fair. “In my imagination all mothers cry a lot in the beginning,” she said. Reading something that nods to the “absurdity of things, and maybe even just the ephemerality of things … can be a relief.”

“Be open and let your intuition guide you to pick up whatever you want.”

Novelist Daisy Johnson also found comfort in literature. Recovering from a Caesarean section, she drew from a stack of books that she had stockpiled in pregnancy (the first being Ann Patchett’s mesmeric State of Wonder). Johnson stuck to authors she knew she would “be safe with,” down to knowing how their sentences work. Amidst the wonder and strangeness of the early days—nurturing a “new creature,” on new existential ground—reading connected her to who she had been before, including her writer self. Consuming fiction whilst feeding also offered escape from the inevitable conversations about sleep and from Googling and looking up various health-related questions (another thing nobody tells you about early parenthood: it often entails a staggering amount of time spent online).

Although parenting manuals might seem a pragmatic choice, they can feel too much like work. Lucy Jones, science and nature writer and mother of three, tried to devour The Womanly Art of Breastfeeding on her phone when struggling to produce milk. “It just stressed me out even more,” she said by email. By contrast, reading Rachel Cusk’s A Life’s Work mid-feed one dark afternoon, she felt “relieved and uplifted” by its relatable account of “the chaos and anarchy of early motherhood.” She also turned to audio and relished listening to Donna Haraway’s Staying with the Trouble, absorbing its “tentacular thinking on multi-species entanglements” whilst feeling especially aware of her own “animal nature.”

Indeed, feeding, particularly at night, can often acquire an altered air: sweaty, solitary, verging on psychedelic. Libby Page, whose third novel The Island Home was published just before her son’s birth last year, describes it as a peaceful time when everything “falls away,” but one can also feel like “the only person alive in the world.” At first, Page watched TV on her phone (a lot of Ugly Betty, she said, laughing). But on returning to reading, her local bookshop recommended Dolly Alderton’s Ghosts. A novel about a single woman in a predicament different than hers helped Page to feel connected to her friends and the world beyond. At night, she sought “gentle” books that ensured just the right degree of wakefulness. “No thrillers,” she added.

Novelist and poet Joe Dunthorne took a different approach: he read Patricia Highsmith’s Tom Ripley novels aloud with his partner during night-time breastfeeds. “Something about a story of a sociopathic murderer felt like the right match for being awake in the middle of the night,” he told me, adding with a laugh that they wonder what osmotic effect the stories had on their son, now that he’s school-aged and learning to lie.

Caleb Klaces, a poet, novelist, author of Fatherhood, and dad of three, found his tastes changed as he grew into being a parent. Initially, he bottle-fed his firstborn whilst snacking on “high-minded” works by Freud and D.W Winnicott or sleep manuals strewn about the house. But with his second child, Klaces, a “relatively reluctant novel reader,” grew more earnestly interested in “narrative and the unfolding of people’s lives.” It led to devouring summaries of great novels and films by phone. Amid the “vertiginous sense of a life opening out in front of you,” he said, plot synopses perhaps felt “containing.” Klaces also broached War and Peace, with admirable nouse, taking scissors to its spine to cut it into lighter, more holdable sections (“I didn’t finish it,” he admitted).

Of course, books aren’t always the most practical addition to feeding routines; reading while feeding can be hard (indeed, authors also told me that they had enjoyed films, TV shows and podcasts). But for those attempting it, Page stressed the value of recommendations (and don’t feel bad, she added, if it takes you longer to finish a book). Doshi, meanwhile, suggested new mothers simply listen to themselves. “So much changes at that time, and it’s this kind of strange transformative fire you find yourself in,” she said. Her advice is to simply “be open and let your intuition guide you to pick up whatever you want.”

Alice Bloch is a writer and audio producer, specialising in literature, humanities and the social sciences. She has made programmes for the BBC World Service and BBC Radio 4 on artists and writers including James Baldwin, Henry David Thoreau and David Bowie, and has produced many author interviews for BBC radio and other outlets. Her literary criticism has been published by The Times Literary Supplement and others. In 2022, she was shortlisted for the London Library's Emerging Writer's Programme. She is working on her first book and lives in London. 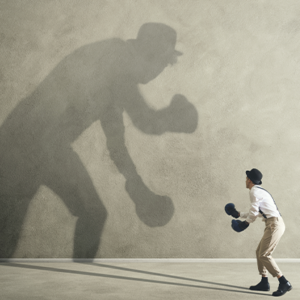 Welcome to When I’m Not Writing, a new series in which we invite writers to tell us about the things they do when they're...
© LitHub
Back to top