How Writing “Vengeful Fiction” Can Make You a Better Person

revenge [ri-venj]: To exact punishment or expiation for a wrong on behalf of, especially in a resentful or vindictive spirit.
From Old French revenger, from Late Latin revindicāre, from re- + vindicāre to vindicate

vindicate [vin-di-keyt]: To clear, as from an accusation, imputation, suspicion, or the like
To assert, maintain, or defend (a right, cause, etc.) against opposition.
To claim for oneself or another.

My fiction is rife with vengeful stories, scene after scene fueled by slights intimate or else secondhand. Grievance sits at the center of the inaugural story of my debut collection—my fuming response to a lifetime of witnessing vitriol and violence toward Black people: the time my gregarious older brother pulled out of Northern Virginia traffic to assist a car of strangers who’d been run off the road, but when the cops came, they insisted he must’ve been complicit; the film clips shown in social studies of embittered White mobs shouting at Black children cresting the steps of a school; the shining brown before-face of Emmett Till, and then, like an echo, of Trayvon Martin, with and without his hoodie.

I wrote that opening story in response to something closer too, an incident that took place here in Charlottesville, in 2015. A Black University of Virginia honor student was publicly forced to the ground and bloodied by uniformed officers, along a crowded strip of restaurants and bars near campus. This young man was confronted for suspicion of showing a fake ID, then arrested for resisting arrest, even though the ID turned out to be legit. The event, caught on tape, kicked up a reckless fiction in me, out of what felt like a loop of needless harm. In the resulting short story, a Frankenstein-like father spends a lifetime trying to substantiate the senselessness of the racism, (or else prove his own innocence in an incident of violence he suffered as a child). His method is to chart racism’s cause and effect on Black boy like him, “but better” than him, a demonstratively blameless child: his own unknowing son.

I watered my seed of anger until it grew into a story that held my rage but also made space for the dissatisfaction I imagined in that other person’s life.

Looking closer, I recognize fantasies of karmic or historic retribution in other stories I’ve written. They underpin the novella that concludes this first collection, a tale born from a festering wound at the heart of my claimed Virginia town of Charlottesville, torn open yet again in August of 2017, when White Nationalists staged Unite the Right! here. The long lead-up to their rally and its deadly conclusion felt like watching a slow-motion train crash. You point, you holler, you brace, but it keeps on coming. It crashes and keeps crashing. Afterward, on the news, I watched the rally’s smug leadership claim a sort of victory, while I felt newly exposed.

When I began to write the novella a year later, I wielded the shards of their hateful performance, recasting each one. It felt like I was saying, I’ll battle you, but not in the park below your beloved monuments to the Confederacy, and not along the downtown mall where my local indie bookshop sits. I’ll take you on, but at a time of my choosing, on a ground built of my words. Writing against their vision of America felt audacious, just to center and care for my protagonist, Da’Naisha Love, a young Black woman born and raised in Virginia, like I was. Love and her ousted collective of lovers, neighbors and family flee marauding White supremacists and claim the museum of Thomas Jefferson’s Plantation-home near town: Monticello. Jefferson is Charlottesville’s local founding father, a man as full of contradiction as America is, as I am.

In those stories I was writing about the racism that pollutes my country’s heart, but my fictions are run though with less lofty vendettas. No slight is too shallow. Apparently, I’m petty AF. One story I wrote was born of a real-life grievance I had with another mother, a woman I knew because our kids went to grade school together. This mother became angry after her son told her that mine had said or done something unkind to him, in the after-school program. But instead of talking to the teachers, or me, this fair-headed Mom went Rambo on my kid, who was nine at the time. According to the teachers, this mother bent down to shout at my kid, in a room full of children, her face bright red and inches from his. This was confirmed by my son, who doesn’t rattle easily, but who was visibly shaken that day as I drove him home. And while I feel certain my son was not entirely blameless, he swore a credible innocence of whatever this raging mother seemed to be accusing him of.

I have only been in one fist fight in my life (and that at the behest of my older Carolina cousins, who called themselves toughening me up, that summer), but driving home that afternoon, I had to grip the wheel to refrain from driving to that other mother’s house. If I’d had on hoop earrings, I might have taken them out, laid them on the dash, and come at her fisticuffs, metaphorically or for real, like, Look! I’m a Momma Bear, too. I can be the bear you think you’re being. Not to your kid—but to you, who are grown, who should get the whole story, who should know better than to shout needlessly at my child.

Instead, I watered my seed of anger until it grew into a story that held my rage but also made space for the dissatisfaction I imagined in that other mother’s life. How small would someone have to feel to lose it on a kid, for a slight unseen, unsubstantiated, and not apologize? I wanted to write a story to expose her, but, almost at once, it turned into a story about me too, about motherly rage writ large, or about ambition deferred. By the time I’d finished writing, I no longer felt so righteous when I spotted that other mother’s silhouette in a passing car window. I recognized myself in her and her in me.

The funny thing is, despite my vengeful fictions, I am not a vindictive person at heart, not by demeanor nor upbringing. I am not a particularly confrontational either, though I have been known to offer up a wavery voiced objection, on occasion, to some injustice I feel I’ve witnessed. As a kid, growing up in suburban Virginia, I fear I radiated a saccharine niceness, and ever since, I’ve tended toward pre-emptive accommodation and reconciliation. In my long career of teaching public school children, I’ve cultivated a willful kindness, greeting students at my art room door in printed dresses, in Mr. Rogers cardigans—greeting them with open arms, as if to say, come on in, everybody. Come as you are.

Likewise, in family life and friendships, I’ve traditionally been the quiet one, the smiling one. And to be fair, I smile because I feel like smiling, because here we are in the world together. I smile like a bridge, and to extend grace because I need that grace too. But a smile can also be a shield. I must’ve learned early on that discontent can be dangerous body like mine—that my grievances could come back to harm me, even when I was innocent.

My stories are my way of saying, I saw what you did. It registered in my body. It came out as a swarm of words.

I’m thinking I inherited this way of deferred and story-based vengeance from my parents, who are adept at sidestepping slights, big and small. Though their temperaments are different, their survival of the Jim Crow South, and later their success navigating careers in Northern Virginia, was contingent on swallowing insult with a smile, or maybe not even registering it. Now that they are retired, I understand that all those moments or injury were never lost on them. They retell those stories of transgression now, not with bitterness, but often with hurt and humor. To be clear, my folks are both warm people, and forgiving too, but they do not forget. I’m thinking now that my spiteful fictions are also an act of remembrance. My stories are my way of saying, I saw what you did. It registered in my body. It came out as a swarm of words.

I figure I write this vengeful fiction as a condition of my birth. Here I am, an artsy, nerdy Black woman who was once an artsy, nerdy Black girl, always slightly out of place. I write toward retribution even though I believe in tenderness too, in protecting a space for all of us to grow. I write vengeful fiction even though I recognize the connections between everything and everybody, even though I know the imperfection of my own point of view. I write these stories because I feel compelled to call out the bully, even when the bully is me. I write because the experience of slight, of history, all of it has to go somewhere.

This summer I rediscovered the very first book I ever wrote. Hard covered, hand-sewn—Prom Queen was a fourth-grade assignment, complete with pencil-shaded illustrations. The plot is essentially Sweet-Valley High, but rereading it now, I’m startled by the streak of grievance that runs through it, recalling the specific feeling I had as a kid, of dislocation and longing. I read it to my partner, and he belly laughs at my cornball nascent righteousness. I laugh too, with tears in my eyes.

I write vengeful fiction even though my vengeance gets waylaid or distorted on the page. For example, in my story born of my anger at witnessing Black folks brutalized, my Frankenstein father, contributes to harm, his hurt like a fire that keep reigniting itself. In this way, writing avenging fiction feels like protecting oneself with a quiver of crooked arrows, or a satchel of boomerangs. Grievance gathers in my body, and I write toward it, even as my own words flay me. I keep on writing toward what hurts or angers me, trying to get at something I can’t seem to express in any other way.

These days, between floods and fires and fiery resistance to equity, I feel less accommodating. The world seems newly glaring, or maybe the change is in me. I smile, but I’m exhausted. I smile but I am heartsick too. As this thread of fictional vengeance reveals itself to me, I see too how these stories of mine aren’t only aimed toward retribution. Each smoldering account contains an attentiveness to injury—an urge toward vindication. It’s audacious, I know, but I believe that a story can be a seed. I hope that if you read my vengeful fiction, it grows into something in you more useful than bitter satisfaction. I do want to make you angry, but with me, so that we might be heartbroken together, and in service of something useful. That in our shared brokenness, we might recognize one another, and begin the real work—in ourselves, between us, and on this ailing earth—a practice of care and repair. 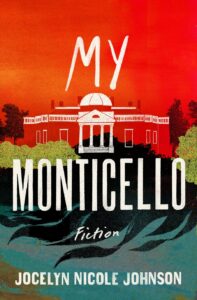 My Monticello by Jocelyn Nicole Johnson is available now from Henry Holt. 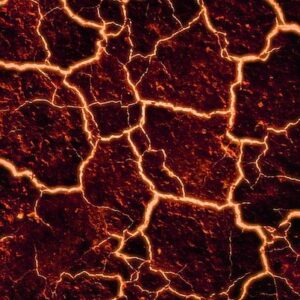 In the last few weeks of July, a soft orange haze hung in the sky over the Hudson Valley in upstate New York, where I live....
© LitHub
Back to top
Loading Comments...