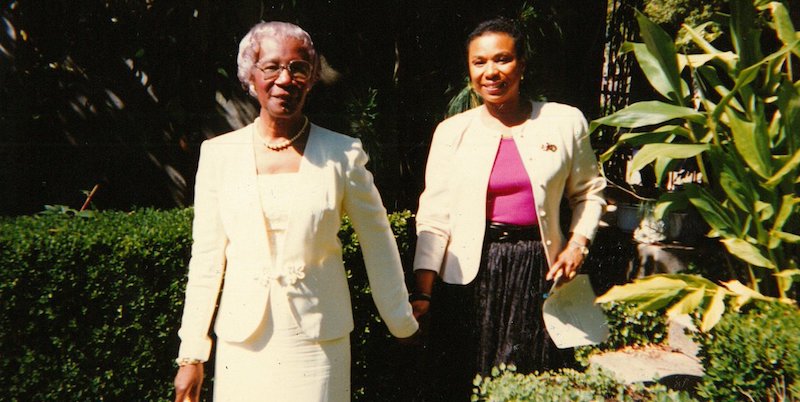 The Congresswoman Reflects on Her Mentor

I would not be Congresswoman Barbara Lee without Congresswoman Shirley Anita Chisholm. Few people have opened more doors for women, children, African Americans and other people of color in elected office than Shirley Chisholm. And without Shirley Chisholm, we would not even think it possible for the first Black woman to serve as vice president of the United States. Nor would we have elected the first African American man as the first president of the United States.

I first recognized her impact when I attended Mills College in Oakland, California. I was a young, single mom on public assistance and food stamps at the time. I was serving as president of the Black Student Union, volunteering with the Black Panther Party, and raising two young boys. My professor in our government class assigned us fieldwork on a presidential campaign. George McGovern, Hubert Humphrey, and Ed Muskie were the candidates, but my mind was already made up. I was going to flunk this assignment. I had never flunked a class in my life, but those men didn’t represent the issues important to me as a Black single mother—issues like childcare, public education, universal health care, and ending poverty.

And then I met Shirley Chisholm. I invited Congresswoman Chisholm to Mills to address the Black Student Union as the first African American woman elected to Congress. Of course, I had no idea until she said it during her speech that SHE was in fact running for president. I couldn’t believe it. Now THIS was a candidate I could believe in. She was a champion of children and struggling families. She spoke fluent Spanish and fought for the rights of immigrants. She stood up against racism and sexism. She opposed the war in Vietnam. She was doing what she knew to be right—regardless of the criticism. She was bold, she was courageous— she was “unbought and unbossed.” As soon as she finished her speech, I rushed to her, told her about my assignment and my reluctance to get involved in politics because neither party offered an agenda I could support.

She told me that she needed help organizing in California. But when she asked me if I was registered to vote, I admitted that I was not. She was not pleased. She looked at me, with a look I will never forget, and said: “Little girl, you can’t change the system if you on the outside looking in. Register to vote.” So, I registered to vote, organized the Northern California campaign from my class at Mills College, got an A, and went to the convention in Miami as a Shirley Chisholm delegate. The rest is history. She became my mentor, inspiration, and confidant when I began my public service career as an intern and then a senior staff member in the office of our beloved, the late Congressman Ron Dellums.

Congresswoman Chisholm showed me the power of “unbought and unbossed” women of color to change our country.

On a personal note, Mrs. C, as some called her, loved to dance and have fun. She attended my late mother’s 70th birthday party. They both were the last ones on the dance floor at 2 am.

Shirley valued her privacy and told me to cherish what little private life you have even as a public person. I will always remember going on vacation in the Virgin Islands determined to find Congresswoman Chisholm’s house on St. Thomas. Luckily, a taxi driver took me there and she was shocked to see me. She was relaxing in her pool, but she was so kind and greeted me with open arms, even took pictures with me. As I reflect on that day, knowing how she valued her private moments, this act of generosity toward a young, adoring student was an example of her kindness and understanding of the importance of her relationship to me as a role model and mentor.

Shirley Chisholm was a leader in its purest form. She got people off the sidelines and involved in the process. When I reflect on the impact she had on me, others before me, and the impact she’ll certainly have on those after me, I can’t help but be reminded of one of her famous quotes: “You don’t make progress by standing on the sidelines, whimpering and complaining. You make progress by implementing ideas.”

She knew that her ideas would only be implemented if we brought more people into the discussion. More women, more people of color, more young people. And when I look at Congress now, her vision is being realized. There are 105 women now serving in Congress, and Black women are continuing to lead. We now have more than 20 Black women serving in Congress. That’s because of her.

This collection of her interviews, from her first major profile to her last interview, indicates that her focus never shifted. She remained steadfast in her fight for the people she represented. Her day-to-day life operating in our legislative body was laden with sexism, racism, and bigotry, and her career and legacy serve as a lesson in true resiliency.

Let’s be clear: Congresswoman Chisholm’s legacy goes far beyond her impact within history books. She was more than the first Black woman elected to Congress. She was more than the first Black woman to run for president of the United States. She should also be remembered for what she accomplished during her tenure in Congress. She used her office to fight for low-income families, hungry school kids, single moms, and immigrants. She was instrumental in creating the national school lunch program, expanding the food stamp program, and establishing the Special Supplemental Nutrition Program for Women, Infants and Children, commonly known as WIC. She made this country a better place.

Today, nearly fifty years after Congresswoman Shirley Chisholm first mounted her historic run for president as the first Black woman to do so, a Black woman was selected as the vice president on a major party ticket. My career in public service, and the careers of countless other women of color, can be attributed to trailblazers like Shirley Chisholm. Congresswoman Chisholm showed me the power of “unbought and unbossed” women of color to change our country. Her words guide my work in Congress every day, and her vision for America is one that we all should continue striving for, with the hope it will soon be realized. 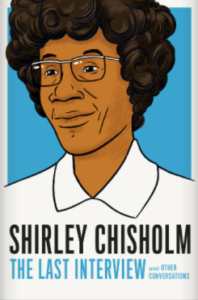 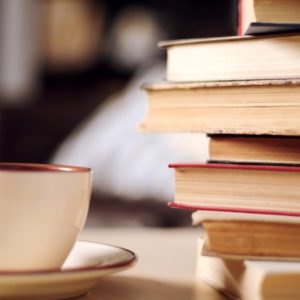 One morning when I was in my early teens, I came into the kitchen of our house in Washington, DC, to find my mother putting...
© LitHub
Back to top
Loading Comments...