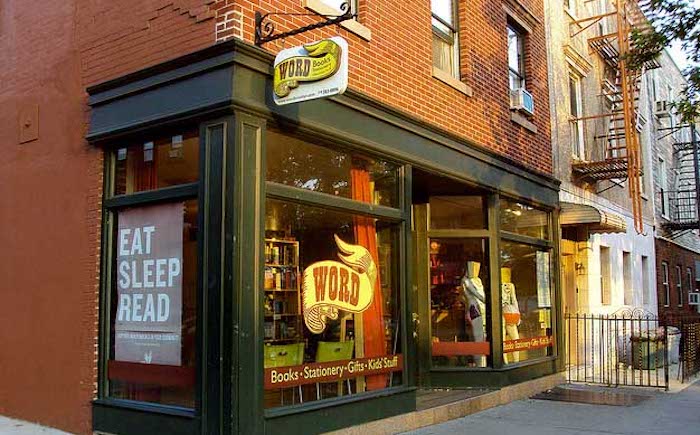 I was one of those regulars who lingered too long at the counter, but I was excited like everyone else in North Brooklyn that there was a new bookstore in the neighborhood. It was exactly a mile up the road from me—I lived in Williamsburg and the store was in Greenpoint—and I could bike there when I needed a break from working on my third book. I had a lot of time on my hands, it seemed, but also it was a special place, WORD Bookstore was. It was small and clean and sunlit and they had a great small press section and a wonderful display window that we writers in the neighborhood all hungered for our books to be in someday.

Everyone who worked there was smart and young and exquisitely nerdy. Eventually I befriended the owner, Christine Onorati, a funny, sharp, fast-talking whirlwind of a woman, and her store manager, Stephanie Anderson, who at 25 had already read everything I had read and also everything I hadn’t. I admired them both and loved talking to them. I had a book launch there, and another, but also it was a spot for my friends and I to meet on a weekend morning, and a store where I could buy last-minute gifts, and perhaps most of all a place to feel less lonely when the words weren’t coming out just as I would like. Ray Oldenburg writes in The Great Good Place of the importance of third places in communities, how we need a place that is different from work and home where we can connect with our neighbors. WORD, like all great bookstores, had become my third place, and I imagine for many others in Brooklyn as well.

One day in 2010 Christine asked me if I wanted to work there. It felt like some kind of dream had come true, to be able to touch all these books, and talk to all these people. My third book had come out and flopped, and I was questioning my career, not that I had one, because I knew I wanted to write, but what it meant to have one. We get so occupied with the numbers sometimes—especially when they are terrible—that we can lose track of why we’re doing what we’re doing. We forget people are actually reading our books, and that it has a life outside of reviews and sales figures and book advances and marketing plans. I remembered all of that again once I started working at WORD.

During a single shift there I might sell just one copy of an author’s new book but I could feel outrageously happy for that author because I saw the face of the person who was buying the book, their excitement to take it home, and I would remember the conversation we had about it, and I would think, “It’s in good hands now.” And maybe a week later that same customer would come back in and tell me exactly what they thought about it.

While I worked there I started writing my fourth book, The Middlesteins. I wrote it for me first—I will always write my first draft for me—but there was another version now, a draft where I knew now the possibility of my book being read. In my mind I saw the potential joy and interest of an audience. I had a better understanding of what books meant to the world because of my time working at that unique third place. It’s why I thanked them in the dedication to that book, calling them “the best bookstore in the world.”

WORD just celebrated its tenth anniversary, and has expanded once to a shop in Jersey City and just announced it is expanding again with a children’s shop near its Brooklyn shop. What a triumph to have made it a decade as a small business in New York. I feel so proud to have been a small part of it, but more than that, grateful.

I feel absolutely certain that working at that store changed my career and my life. I learned how to think and talk about books differently because of my time there. But it also offered me the chance to interact with my community in a new way. It was a shared space, and everyone was welcome. It was a place people could call home. 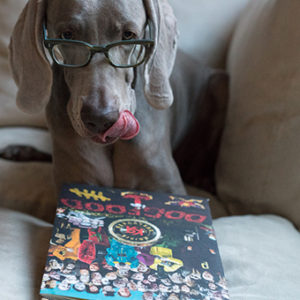 Dog Food is a unique photography zine combining mostly archival material with a bit of satire and cynicism, published by Red Hook...
© LitHub
Back to top