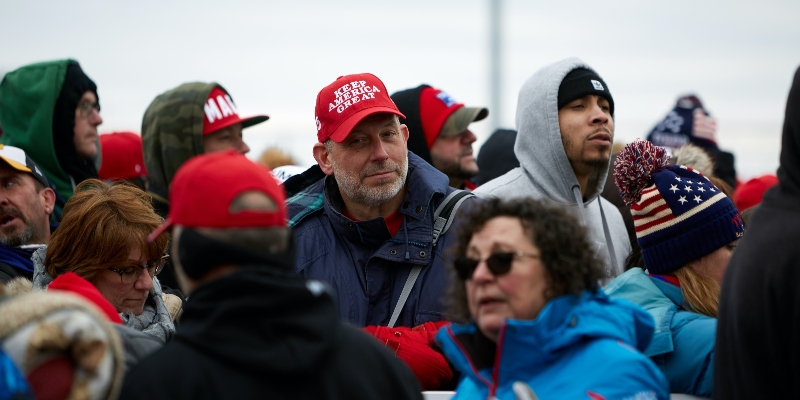 As Donald Trump’s followers tried to seize control of Washington’s Capitol, many writers and commentators sought historical parallels to explain how American democracy had come to this. James Holland and Al Murray look back at the rise of fascism to examine how truth becomes vulnerable to the cult of personality.

Al Murray: The thing is, what goes wrong for Germany after Munich is that the judge doesn’t take the putsch seriously, is a nationalist, thinks Hitler’s not that bad really, and goes soft on him. Because after all, the defense of liberal democracy doesn’t have to be liberal in itself, so to speak, does it? If what you’re trying to do is defend a liberal democracy, then sedition, treachery, and treason, you throw away the key for those people, surely.

What’s been really interesting about the last four years is that for a very long time, the American Constitution was hailed as a basically perfect governmental system with checks and balances built in, and that no one part of it overpowers the other parts, blah, blah, blah. And the fact that the executive is separate from the legislative is separate from the judiciary, and all that, is to make sure you don’t have the whole thing go off the rails. But that obviously only works if everyone agrees that it works. Trump doesn’t agree that it works. And suddenly this thing that was has been held up as the most robust and sensible system for government—if you don’t abide by the rules, it falls over.

I was watching that Berlin ’45 thing that was on the BBC recently. It’s a German documentary about the last two months of the war in Berlin, what it was like there and what the war was like there. It’s lots of German diaries. It starts in January ’45, and it’s people going, oh, the wall’s getting a bit close now, but don’t worry, the Wunderwaffe will save us. But the thing that really struck me in watching it, that made think of everything that’s been going on, is these Russian soldiers saying when we got to Germany, we were even more furious that they’d invaded us, because we’d get to these villages and they had electricity, they had toilets, they had luxury goods. They lived the good life. What could they possibly want from us? Why did they come to us? Because they lived rich, comfortable lives. And I think very often when you see these American fascists—because that’s what they are—kicking off, what on earth have you got to be upset about? What on earth do you lack? 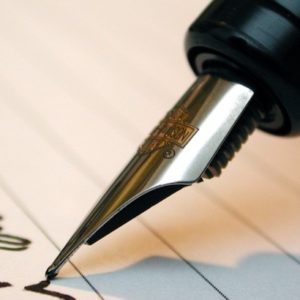 I wish I knew of a support group for memoirists. While I’m grateful for a devoted husband and steadfast friends who always...
© LitHub
Back to top