On Dickens, Office Life, and Tales of the Precariat in Contemporary Fiction

Although identifying with one’s work is an honor for some, an embarrassment for others, and an experience of multiple identities for many, it is becoming less and less common. But in Charles Dickens’ 19th-century novel Hard Times, Dickens used the lens of Time (with a capital T) to consider the genesis of the modern worker—and, perhaps less consciously, its intersection of gender and class—as it related to the development of industrial manufacturing. In our current anti-worker moment, Hard Times is worth revisiting.

The novel, published in 1854, is set in the fictional Coketown, so named to identify its historical involvement in coal-mining. Abandoned mines scar the landscape, since the Coketown of the story’s present has moved from mining to textile manufacturing, an industry which dominates the town’s economy and is largely responsible for employing the town’s workers. Thomas Gradgrind, a retired merchant-turned-pedagogue, raises among his children the two central characters of the novel, Tom and Louisa, who, faithful to their surname, are kept in a household where discipline, scientific exactitude, and adherence to Fact are the reigning principles. Once they grow up—a human phenomenon that Mr. Gradgrind only notices in Chapter 14, so blind is he to anything but linear facts and figures—Louisa is married off to Mr. Bounderby, the local bank and factory owner.

Both Fact and Time are discursively capitalized throughout the novel (along with Birth and Death), their inflated names indicating their outsized agency as characters: Fact and Time may as well be the embodied king and queen, so consistent are Dickens’s portrayals of their authoritarian ruthlessness.

Referred to as “The Great Manufacturer,” Time is not portrayed as an intransient, amorphous concept separate from the uniform and utilitarian quality of life to which the people of Coketown have become accustomed. Rather, Time perpetuates these qualities by inflicting standards of uniformness and utility upon Coketown’s workers. The Hands—the unfortunate but apt synecdoche used to depict the factory laborers—are subject to the same industrial fragmentation as Time: Each thing, each unit, is reduced to its practical part. Time is fragmented into workable seconds and minutes; workers are only regarded as their value-producing components: their hands. Dickens is sympathetic towards the Hands’ condition—theirs was a nascent social problem which called for public attention. Yet he becomes less critical, and more complicit, when he looks at the role of Time in determining and fragmenting the lives of women.

Dickens likens a woman’s development to the weaving of weft onto warp. (Considering the historical role of women as clothing-makers and the influx of women from cottage industry into alienated industrial manufacturing, this gendered analogy simultaneously appropriates an example of women’s labor and uses it as a metaphor for women’s own disenfranchisement.) After her brother, Tom, suggests that it would be beneficial for everyone (especially him) should Louisa accept Mr. Bounderby’s marriage proposal, Louisa ponders her fate:

It seemed as if, first in her own fire within the house, and then in the fiery haze without, she tried to discover what kind of woof Old Time, that greatest and longest-established Spinner of all, would weave from the threads he had already spun into a woman. But, his factory is a secret place, his work is noiseless, and his Hands are mutes.

Louisa’s autonomy is not simply sacrificed to the men in her life—her brother, her father, her husband; those who make decisions for her, as was custom. Louisa’s lack of sovereignty is nearly predestined.

Critical to this “fabrication” of women that Hard Times presents is the wage labor that breeds gendered inequality. Industrial capitalism, at the time of Dickens’ writing, was beginning to cultivate the huge wealth disparities inherent to capitalist accumulation. The Hands are bound up in this inequality: though they are tremendously disempowered, their only recourse for survival is wage labor, which generates value for Coketown’s businessmen. With an abundance of time and money, the Mr. Gradgrinds and Mr. Bounderbys of industrial England inherit the authority of Old Time and its power to fragment and control the lives of their women as well as their workers.

Dickens deftly negotiates the complexities of how fragmenting our time—into work time and leisure time—spells out social decay. The “deadly-statistical clock” in Mr. Gradgrind’s study is so punctual that it seems to be capable of puncturing peoples’ lives, with its tics measuring “every second with a beat like a rap upon a coffin-lid.” The mechanical time necessary to demarcate work from non-work operates everywhere, not just in the factory. It at once oppresses and creates worker identity, acting consistently among all workers.

When Louisa visits the home of one of Coketown’s workers, she approaches the idea of regarding the Hands as people, not only with homes and lives, but with sickness, hobbies, and drama. She reviews her conception of the Hands: people who work however many hours, consume however much wheat, and make up whatever percentage of crime. Until entering the home of one notable worker, Louisa “had scarcely thought more of separating them into units, than of separating the sea itself into its component drops.”

We see here the appearance of the good cousin of fragmentation: individuation. While Time splinters the lives of women and workers into usable chunks of hours and years, class does the opposite. It creates invisibility en masse, breeding a refusal to recognize each worker, each Hand, as a person.

Contemporary fiction dealing with work tends to address the quotidian, though this is not necessarily a bad thing. Ed Park’s Personal Days dives into the paranoia and weirdly competitive culture amongst co-workers in an unstimulating, dead-end, and wholly irrelevant (what do they actually do?) office. Is it really “work” to circulate emails of possible office romance conspiracy theories? Drama unfolds when someone is purposefully not cc’d. This workplace, so easily satirized, necessarily produces workers who also prompt satire, and to whom it seems we would do a disservice by taking seriously. Their work, certainly, is not the identifying feature of a life.

There has also been a proliferation of writing that examines the precariat—the precariously un- and underemployed who do not necessarily identify with unstable temp work or gigs. I’m thinking here of Alexander Chee’s “Rich Children,” a playful essay that considers the trials of a wealthy, Manhattanite family who throw a holiday party from the vantage-point of the guy working the greeter/coat-check/bussing gig. One of his duties is to protect the art, one piece being a life-size nude woman, “complete with realistic pubic hair.” “I had become used to this by now in this line of work—what I thought of then as the elaborate pornography of the rich,” he contemplates. “I had often worked the awkward parties they had in front of these images, so at odds with their lives, or seemingly so. But it seemed to me they all liked it—they all did it.” The immediate camaraderie among the wait staff is the humanity to which we cling as we watch the party’s elderly, diamond-encrusted matriarch unceremoniously shaken out of her mink coat by her inpatient daughters who are eager to get on with the show.

On the spectrum of everything we can and should call work, the kind portrayed in Personal Days and “Rich Children” is both visible as work and accepted as such—no one will argue that spreadsheets and passive-aggressive email chains are the scourge of the modern office, nor that politely keeping children from climbing on nude statues deserves hourly plus tips. But much of what we do now as “work” goes underexamined in literature, its component laborers hardly imagined as individual bodies moving, breathing, and producing. There is fruit-picking, tree-planting, and seed-sewing. Forklift-driving and web design. Sex work and garbage collecting.

There is also an insidious and quietly accepted work culture prevalent amongst the those-who-would-be white-collar workers. “Do What You Love” is a mantra that propels young people into unpaid internships, and a hypnotic salvo coaxing writers, editors, and artists to freelance for free. To identify as a “worker” seems more and more off-limits. If what you “do” is also something that is enjoyable or makes you feel fulfilled, the idea goes, then it cannot be considered “work.” That is, it cannot be paid and regulated like work.

Work is bigger than the bizarre office politics and corporate jargon so easily parodied by contemporary fiction. We all know that side of work; we love to hate it. In the digital economy—where content moderators sift through images of beheadings; Mechanical Turk workers perform every possible online microtask; and writers of every stripe and ability can be paid to crank out fake news—perhaps the Hands is still an appropriate identifier. It is, applied to digital work, an honest indictment—not a satirical dismissal—of the deskilled, piecemeal tasks which we have little choice but to perform. If we cannot call ourselves workers, what are we?

Novelists: despite the likelihood of your higher education and MFA degrees, we need you.

Juliana Broad is a writing student at The New School for Public Engagement. She has been published in El Diaro and is a producer for Re:Construcción, a multi-media documentary examining the impact of the Salvadoran Civil War.
https://www.facebook.com/reconstruccionproject 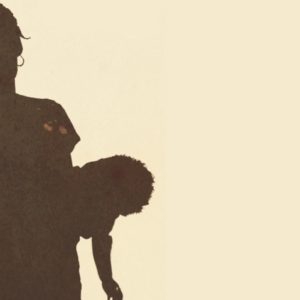 At 15, I wanted to die. I didn’t want to live in my disabled body. I wanted what I thought was normalcy, a fighting...
© LitHub
Back to top