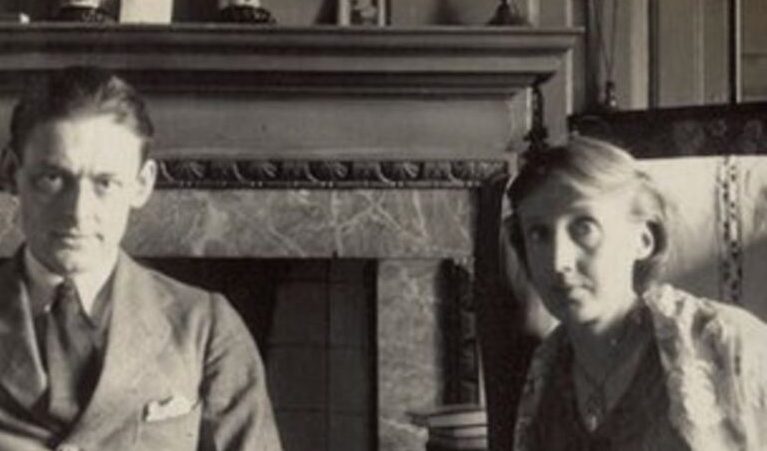 Lyndall Gordon on the Rocky Beginnings of a Literary Friendship

Virginia Woolf was the most distinguished of the four Englishwomen who welcomed Thomas Stearns Eliot. Her chief impetus to meet Eliot, backed by her husband, Leonard Woolf, was a result of the Egoist edition of his first volume of poems, Prufrock and Other Observations. Mary’s lover Clive Bell took a dozen copies to Garsington, and there Katherine Mansfield read “Prufrock” aloud to enthusiastic applause. Mansfield, an expatriate herself, understood better than most how insecure Eliot felt, with his side glances and painfully slow speech.

When “Prufrock” came Leonard Woolf’s way, the poem struck him as saying something no one had said before, and as a rarity in that not one line fell below “the heights.”

Leonard and Virginia Woolf had just then bought a small hand press, planning to print books as a hobby. The machine stood on a table and could print only one page at a time, and the first publication of the Hogarth Press was the couple’s own Two Stories in 1917. They followed this with Katherine Mansfield’s Prelude, a wonderfully moving frieze of family scenes from her native New Zealand, seen through the emotional intelligence of a child. In September and October 1918, the Woolfs approached “Mary’s friend,” Eliot, about publishing one of his poems.

He was invited to dine at their home, Hogarth House in Richmond, on 15 November, and there he read three or four of his caricatures of humankind: possibly “Sweeney Among the Nightingales,” “The Hippopotamus” and “Mr. Eliot’s Sunday Morning Service.” The Woolfs accepted these and a few other poems for a small collection, the third publication of the Hogarth Press (along with Virginia Woolf’s new story, Kew Gardens).

The Woolfs would do the printing themselves and cover the book with one of Roger Fry’s marbled papers. To be taken on by Virginia Woolf was a triumph for Eliot, who informed his family of her standing as her father’s daughter. Sir Leslie Stephen had been a leading Victorian man of letters and one-​time president of the London Library. It meant acceptance by London’s literary elite.

To be taken on by Virginia Woolf was a triumph for Eliot… It meant acceptance by London’s literary elite.

At first, Virginia Woolf was as disconcerted as Lady Ottoline by Eliot’s speech: slow, with each word allotted a special finish. She couldn’t quite make out what he was saying. The problem, perhaps, was his effort to strip every word of its American intonation, but he came across as pedantic—what his prospective publisher called “intellectual” (not a compliment). Woolf detected intolerance “beneath the surface.” Then too she was put out by his allegiance to Wyndham Lewis, Joyce and Pound, whose brand of unconventionality was too blasting for Bloomsbury, which cultivated nuance and a light, comic touch. Why is Mr. Eliot “stuck in that mud,” Virginia Woolf asked herself, addressing him formally as “Mr. Eliot,” calling him “Eliot” to her friends, not as yet “Tom.” Meanwhile, she joked about Eliot’s over-​done Englishness.

Despite acceptance by the Hogarth Press, at the end of 1918 Eliot was weak and depressed after a bout of flu, yet again unconvinced he could fulfill his gift. His recent poems, tight quatrains, were composed under the eye of Pound, who urged sharp-​edged conclusiveness, verging on invective. Vivienne too encouraged this cutting vein. It’s not that Eliot couldn’t hit his targets with lethal words, but rather he was writing somewhat against the grain. He was an explorer, not an expounder. By nature he was hesitant, and his greatest works make a virtue of it.

Eliot’s Anglicization seemed to tighten over his features as an irremovable mask. “I have acquired the habit of a society so different that it is difficult to find common terms to define the difference,” he informed Professor Woods at Harvard. Conrad Aiken noticed the change in him when he came to England after the war, an impression of his distancing himself. For Eliot wished to belong wholly to his English milieu. Though courtesy obliged him to meet this old friend now and then, in private he shrugged off Aiken as “stupid.”

The publication of Eliot’s Poems did not go smoothly. The Woolfs finished printing in March 1919 and Eliot supplied them with a requested list of contacts who might receive copies. Just then, unused as he was to the gossip that circulated in Bloomsbury, he incautiously concurred with Mary Hutchinson’s jealous criticism of Virginia Woolf. Clive Bell promptly passed this disagreeable morsel to Woolf herself, who took it in at the very time she had been setting type for Eliot’s book. A long silence followed, and Eliot was unnerved to discover that none of his contacts had received copies.

At this point Vivienne stirred paranoia. She suggested to her husband that the Woolfs were taking revenge by dumping his book.

The truth finally came out: whatever they felt about his slight, the Woolfs had merely lost Eliot’s list. He supplied another and worked hard to appease Virginia Woolf. Both were invited to a weekend at Garsington, where the guests watched. Eliot went out of his way to praise Virginia Woolf to all her friends and refused a nudge from Jack Hutchinson to malign her. Virginia then invited the Eliots for lunch (together with Bloomsbury insiders Marjorie Strachey, Lytton’s vibrant sister, and Walter Lamb), remarking sardonically in her diary that she now sees Eliot as “a stick since he no longer likes me.” His wife she nailed as a washed-​out little woman. Vivienne, intimidated, would never shine in Virginia Woolf’s company, as she did with Mary and Lady Ottoline.

By nature [Eliot] was hesitant, and his greatest works make a virtue of it.

Poems appeared on 12 May. There was an adverse review in the TLS, while Virginia Woolf’s Kew Gardens, published the same day, was an unexpected success with orders pouring in, necessitating a second edition of a thousand copies.

There could have been more to this. The Woolfs, who took to “Prufrock,” were not quite so thrilled by meeting Eliot in person. That fact is not in question. But what if Leonard Woolf (whose story “Three Jews” shows how sensitive he was to Jewishness), was less than pleased with Eliot’s portrait of Rachel née Rabinowitz as a low predator with “murderous paws” in a poem that Eliot regarded as the best and most serious he’d ever done? When asked late in life, Leonard Woolf replied evenly that Eliot would not have regarded himself as particularly antisemitic.

But his 1919 letters to the poet are curt. Cold. There was a silent change of plan: the Hogarth Press had initially intended a print run of four hundred. Leonard Woolf, who did the machining, printed only one hundred and ninety copies. In time, all these were sold and, once production costs were deducted, Eliot eventually received £3 and a few pence.

Time passed and Virginia Woolf’s regard for Eliot grew. When he came to dine a year later, she marked “the driving power” in him: “my word what concentration of the eye when he argues!” She came to find herself akin to Eliot in her reserves and subterfuges. She too was an explorer of the inner life defined by “moments of being,” as climactic as Eliot’s “unattended moments.” Both, as experimental Modernists, abjured the nineteenth-​century narrative of getting on from tea to dinner. And both edge towards the unspoken. For all that, they did not discuss work, not the way Virginia Woolf would sift “our precious art” with Katherine Mansfield.

[Woolf] came to find herself akin to Eliot in her reserves and subterfuges.

Where Virginia Woolf was generous—setting type for Eliot’s publications, inviting him for tea and weekends—Eliot tended to faint praise of her writing. He conceded that there was “astonishing beauty” in her language, carefully deployed by “unremitting toil of arrangement.” Toil is a routine misogynist putdown: women toil in contrast with the spontaneity of true genius.

Once, to her satisfaction, he admired an early story, “String Quartet;” but on another occasion, in September 1920, when Eliot spent a weekend with the Woolfs at Monk’s House in Sussex and she confronted him with not reading her, his answer was evasive: since he hardly ever read fiction apart from detective novels, he claimed, he had read more than she thought.

She noticed that his young hazel eyes seemed to escape from his heavy sculpted face, pale, with no upper lip.

Though Woolf prided herself on not being “submerged,” the waters did rise once or twice when, she said, Eliot “completely neglected my claims to be a writer.” She thought, “had I been meek, I suppose I should have gone under.” The after-​effect was to find herself halted in composing her novel Jacob’s Room. His visit had “cast a shade,” left her “listless.”

Privately, Eliot remarked to Pound that there were “no women worth printing.” He meant primarily Katherine Mansfield, a rival expatriate and ahead of him at the Hogarth Press, but he also disparaged Virginia Woolf. This is explicit in a letter to Emily Hale, who read her keenly: “I do not in my heart admire her work quite as much as I am sure she likes it (naturally) to be admired.”

Friendship and Eliot’s willingness to accept her hospitality contented Woolf, who over the years took little notice of his self-​absorption—a “scimitar keenness” curving round to himself—and disregard for her work. Except once, in her diary, fancying Vivienne is after her and Ottoline with a knife, imagining them to be Eliot’s mistresses, Virginia Woolf pretended to be put out: “as I never had a favor from that man it’s hard to give my life on the pavement.”

She did not allow anger to get the better of her admiration for Eliot’s poetry. The more he published, the clearer his distinction appeared: there was “well-​water in him, cold & pure,” she observes in her diary. He noticed how it warmed her to discover his family connection with her father’s New England friend Charles Eliot Norton. Leslie Stephen had enjoyed his ties with the New England literati and, when Virginia was born, had asked James Russell Lowell to be her godfather.

In time, Eliot told Emily Hale that he was “happiest with the Woolfs,” and years later, when he spent his birthday weekend with the Woolfs in Sussex, Virginia remarks in her diary, “Tom in some ways—with his sensitive, shrinking, timid but idiosyncratic nature—is very like myself” 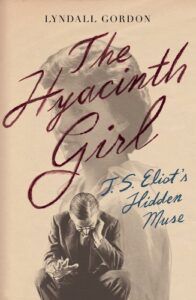 Lyndall Gordon is the author of six biographies, including Lives Like Loaded Guns: Emily Dickinson and Her Family's Feuds and The Imperfect Life of T. S. Eliot, and two memoirs, Shared Lives: Growing up in 50s Cape Town and Divided Lives: Dreams of a Mother and Daughter. She is a fellow of the Royal Society of Literature and a fellow of St Hilda's College, Oxford. 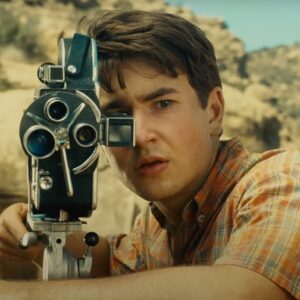 "Movies are dreams," young Sammy Fabelman's mother explains to him in the first few moments of The Fabelmans, "that you never...
© LitHub
Back to top
Loading Comments...