They, like all creatures, being made
For the shovel and worm,
Ransacked their perishable minds and found
Pattern and form
And with their own hands quarried from hard words
A figure in which secret things confide.
They are abroad: their spirits like a pride
Of lions circulate,
Are desperate, just as the jewelled beast,
That lion constellate,
Whose scenery is Betelgeuse and Mars,
Hunts without respite among fixed stars.
And they prevail: to his undoing every day
The essential sun
Proceeds, but only to accommodate
A tenant moon,
And he remains until the very break
Of morning, absentee landlord of the dark.

Tonight the air smells of cut grass.
Apples rust on the branches. Already summer is
a place mislaid between expectation and memory.
This has been a summer of moths.
Their moment of truth comes well after dark.
Then they reveal themselves at our windowledges
and sills as a pinpoint. A glimmer.
The books I look up about them are full of legends:
ghost-swift moths with their dancing assemblies at dusk.
Their courtship swarms. How some kinds may steer by the moon.
The moon is up. The back windows are wide open.
Mid-July light fills the neighbourhood. I stand by the hedge.

Once again they are near the windowsill –
fluttering past the fuchsia and the lavender,
which is knee-high, and too blue to warn them
they will fall down without knowing how
or why what they steered by became, suddenly,
what they crackled and burned around. They will perish –
I am perishing – on the edge and at the threshold of
the moment all nature fears and tends towards:
the stealing of the light. Ingenious facsimile.
And the kitchen bulb which beckons them makes
my child’s shadow longer than my own.

I have two daughters.
They are all I ever wanted from the earth.
Or almost all.
I also wanted one piece of ground.
One city trapped by hills. One urban river.
An island in its element.
So I could say mine. My own.
And mean it.
Now they are grown up and far away
and memory itself
has become an emigrant,
wandering in a place
where love dissembles itself as landscape.
Where the hills
are the colours of a child’s eyes,
where my children are distances, horizons.
At night,
on the edge of sleep,
I can see the shore of Dublin Bay,
its rocky sweep and its granite pier.
Is this, I say
how they must have seen it,
backing out on the mailboat at twilight,
shadows falling
on everything they had to leave?
And would love forever?
And then
I imagine myself
at the landward rail of that boat
searching for the last sight of a hand.

I see myself
on the underworld side of that water,
the darkness coming in fast, saying
all the names I know for a lost land.
Ireland. Absence. Daughter.

In the worst hour of the worst season
of the worst year of a whole people
a man set out from the workhouse with his wife.
He was walking – they were both walking – north.
She was sick with famine fever and could not keep up.
He lifted her and put her on his back.
He walked like that west and west and north.
Until at nightfall under freezing stars they arrived.
In the morning they were both found dead.
Of cold. Of hunger. Of the toxins of a whole history.
But her feet were held against his breastbone.
The last heat of his flesh was his last gift to her.
Let no love poem ever come to this threshold.
There is no place here for the inexact
praise of the easy graces and sensuality of the body.
There is only time for this merciless inventory:
Their death together in the winter of 1847.
Also what they suffered. How they lived.
And what there is between a man and woman.
And in which darkness it can best be proved. 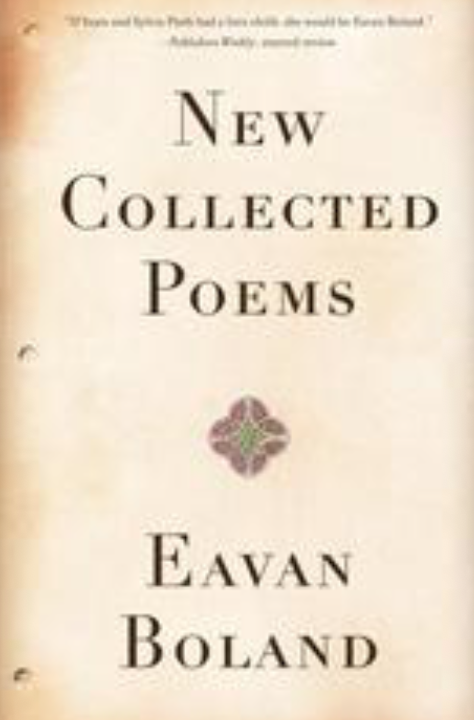 Eavan Boland (1944-2020) was the author of more than a dozen volumes of poetry, including Outside History, several volumes of nonfiction, and coeditor of the anthology The Making of Poem. Born in Dublin, Ireland, she was one of the foremost female voices in Irish literature. She received a Lannan Foundation Award and an American Ireland Fund Literary Award, among other honors. She taught at Trinity College Dublin, University College Dublin, Bowdoin College, and at Stanford University, where she was the director of the creative writing program.

How Virginia Woolf and Susan Sontag Looked at Photos
of Violence

The Internet Novel Is As Chaotic As Your Twitter Feed 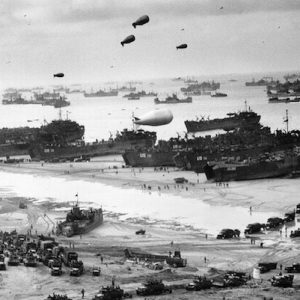 How Virginia Woolf and Susan Sontag Looked at Photos
of Violence Last summer a photograph appeared in the news of Salvadorans Óscar and Valeria Ramirez lying dead, face down, in the Rio Grande....
© LitHub
Back to top
Loading Comments...