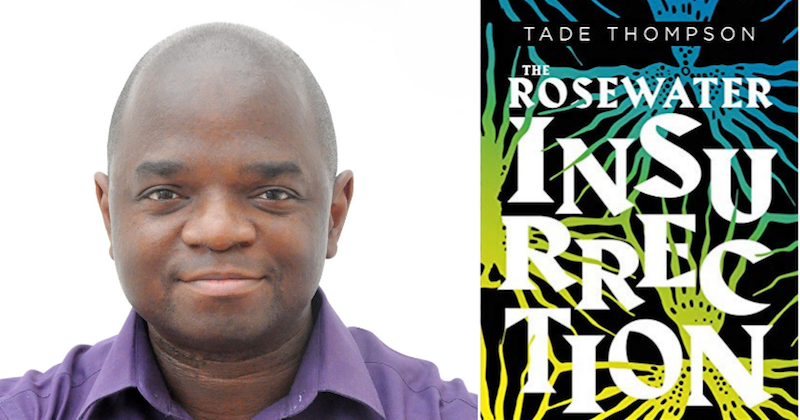 This week on New Books in Science Fiction, Rob Wolf interviews Tade Thompson about The Rosewater Insurrection (Orbit, 2019), which explores the devastating impact on a Nigerian city of an invasion by aliens, who sweeten their assault by healing human beings of their physical afflictions. The book is the second in a planned trilogy and the follow up to Rosewater, which earned Thompson the inaugural Nommo Award for Best Novel

In most tales of alien invasion, mankind and the invaders battle to the death. In Thompson’s tale, however, humans are more likely to fight with each other than with aliens, with the insurrection in the title referring to the city of Rosewater’s rebellion against greater Nigeria. Meanwhile, the invaders from outer space have their own internecine conflicts, as Wormwood—a powerful consciousness that reads minds and invades human bodies—battles for its survival against a fast-growing plant from its home planet.

There are hints of Thompson’s own life in the details—as an emergency department psychiatrist, as a Londoner of African heritage, as a student of history. The book reflects a subtle grasp of war and politics with characters capable of eliciting a reader’s empathy even as they sometimes behave in less than admirable ways.

“What someone told me this week about The Rosewater Insurrection was that they don’t know who to root for. To me that just means that I’ve been successful in showing the different points of view and the reasons for them doing what they’re doing without bias,” Thompson says.

Rob Wolf: The Rosewater books are about an alien invasion of earth, but it’s not a typical invasion. For one thing, the alien, Wormwood, isn’t all bad. It can cure people of illnesses and it bestows on some humans the power to use a network called the xenosphere to read minds. Can you explain the xenosphere?

Tade Thompson: Because I have a background in computer networking as well as in biology, I was always going to write about some form of biological network. The xenosphere—xeno comes from “alien”—is basically a network of invisible filaments made up of organisms called xenoforms, which link with the sensory organs on people’s skin and follow the nerves up to the central nervous system to the brain, and the aliens use that to extract information. All the aliens have to do is plug into the xenosphere, and they have all the information of all the ages. But there is a side-effect that they weren’t expecting that allows about one percent of the human population to access the xenosphere, and through it access the minds of other human beings around them.

RW: I imagine that your invention of this was inspired, in part, by your expertise as a psychiatrist.

TT: Basically, a lot of the stuff from medical school and from microbiology and mycology was very, very useful, but also one of things I try to go into is what is the nature of thought? How do people think things and how does that manifest and how do you read someone’s mind?

TT: The way I conceived of the whole trilogy was this: I’d start off by talking about how this invasion has affected one man, then I would expand it in the second book to how it has affected a country, and in the third book, how it affects basically all of us. The problem with a first person narrative is you can’t really get out of that person’s head. In the second one, I felt like it was time for the camera to pull back and for us to see a wider section of the place that he lives in.

RW: Most of the key characters in The Rosewater Insurrection are female, and, at one point, one of them says something like “any community can be assessed by the way it treats women.” What does the prominence of so many powerful women tell us about the story and about you?

TT: Well, it tells you that I had really strong sisters growing up. I think that if you think about your average sub-Saharan African country, you immediately assume there is lots of misogyny—and there is—and you assume that they are mainly male-dominated societies. However, the women actually hold the society up. The men hold the temporal power, but there is also a lot of underestimation of the amount of work that women do. It’s almost like the ceremonial power belongs to the men, but the women are doing the actual work to make everything function.

RW: I expected the story to be about mankind’s insurrection against the aliens, but the insurrection referred to in the title is actually the town of Rosewater’s rebellion against the nation of Nigeria. Why did you make the story more about a human-versus-human conflict than a conflict between humans and aliens?

TT: It’s supposed to be an echo of the civil war that already happened. Some of the background of the civil war in Nigeria was around resources, and Rosewater itself is a resource. The mayor of Rosewater and president of Nigeria are already dealing with something they don’t understand, and the human tendency when they don’t understand something is to lash out one way or the other, so they ended up lashing out at each other. Any time when you get prolonged uncertainty with human beings, conflict is usually the outcome.

RW: In an earlier interview you said “Personally, not a lot terrifies me anymore because I have had to confront my own mortality a few times in my short life.” I’m curious to hear about these brushes with mortality.

TT: I have walked away from six car accidents. On two of those occasions, the cars burst into flames. On one occasion I was flung off a motorcycle off a bridge. I was a passenger and the person who was riding the bike was drunk, I later found out. I’ve come out of a burning house before. Myself, my sister, and my older brother once escaped from a mob that was trying to kill us, which is a long story. And for about 18 months, let’s just say that we had no access to money and we were in hiding in the bush. So I’ve had to starve before as well. So death doesn’t scare me, starvation doesn’t scare me. I’m not actually afraid of certain things like, for example, losing my job or not having money or being killed or just not existing. I’ve already confronted those things and I’ve made peace with them. So basically, for me, every day is a bonus already. 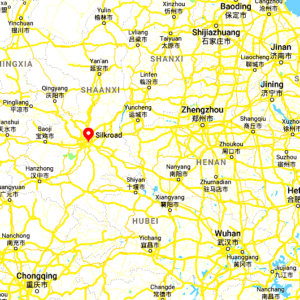 Nostalgia can have an intoxicating and powerful effect. Looking back through rose-tinted spectacles can create false pasts...
© LitHub
Back to top