It begins when I look at Facebook on a dreary, rainy Saturday. It is a little before ten in the morning when the news scroll demands my attention, one of those red rectangles with a bold white status update. A pedestrian on Wilkins Avenue has heard gunfire and posts: Active Shooter at Tree of Life.

My heart does not explode. It freezes. It is suddenly sealed, as if restrained in a sandwich bag, zip-locked. It cannot expand to beat. My fingers shake as I dial my brother’s number. He is the President of Tree of Life and attends services almost every Saturday morning with my 12-year-old nephew, who is due to have his bar mitzvah there in a few weeks.

My brother doesn’t answer. I call again. No answer. Third time. My heart beats with the staccato echo of the desperate calls I placed to friends and family in and around the Towers on 9/11 before I was evacuated myself and lost cell reception for three days.

Part of me doesn’t believe this is possible. Then I do, immediately, because my brother answers. He is breathing hard. He is running. “We were late. We’re safe,” he pants into the phone and hangs up.

I turn on the news. SWAT teams flow through my neighborhood streets. A message flashes on the screen, ordering Squirrel Hill residents to “shelter.” I’ve never seen this message before, but I know what it means. Do not leave your homes. The gunman is still inside the building.

We all buckle down and wait for the names of the dead.

It takes another 20 minutes to end. For 11 to die. More have been shot. Four policemen are injured. The murderer’s car remains casually parked in the first handicapped spot directly in front of the glass entrance doors. There are fresh clips laid out across the backseat, as if he intended to leave the synagogue and reload. On a Saturday morning in this neighborhood, in Mr. Roger’s neighborhood, the terrorist would have found front doors unlocked and the streets filled with kids.

Then we all buckle down and wait for the names of the dead. We live in a very small community. The world might be connected by six degrees of separation, but here we have only one. Everyone will lose someone today.

In the week that follows, I have many disparate thoughts.

I cannot cry. I need to cry.

I cannot sleep. I want to sleep.

In the middle of the night, I log on social media and discover scores of fellow online insomniacs. We seek comfort in the pictures, identifying hundreds of friends and acquaintances as they cry in front of the cardboard, makeshift memorial stars on the sidewalk; as they hug police officers; as they hold candles at vigils. We look and are startled to find our own faces; we peer back at ourselves, an infinite reflection in the meta-mirror of grief. We read articles, spiraling through the vortex of information and opinions, finding comfort in how perfectly everyone in or from our community understands the depth of the blow.

Jews are adept at chewing our way through adversity. There is so much shiva food. Though I expect others, like me, cannot eat, I’m surprised to find that this is not actually the case. Most people are eating. After all, as my family has often joked, for Jews, the heart is not in the chest, but in the stomach. We eat because we need to live, and we feed because we need to love, so I cook. Three pots of chicken noodle soup whisper comfort from the stove. Yeast brews into batches of challah. Three, four, five loaves. I bake cookies. Muffins. Treats for the kids.

All around me people are writing beautiful, painful articles about our neighborhood, about guns and politics, about love, strength, and community. I repost and retweet and forward, grateful to these writers for capturing what I cannot.

Finally, I sit down to write myself. Writing is supposed to be my job. I look at the computer. I write nothing.

For two years, I’ve been working on a novel.

It is about a mass shooting.

I open the Word file and stare. I close the word file.

Two months later, I steel myself and open the manuscript file again. I begin to read. It is impossible to read my words without comparing the efforts of my imagination to my new reality.

I began this book before Parkland, before Las Vegas, before Miami. Before. I began it in a lull, I suppose, between horrors, when it seemed as if the media and nation had stopped talking about gun violence. I did not want to stop talking about it. I’d been following a site that reported the daily statistics, both prevented and actualized, and watched as incidents continued at an alarming rate. The complacency angered me. The why haunted me. Why did people do this? Why were the majority of perpetrators boys or men and mostly white? Why did they choose innocent strangers? Why a particular moment or place? Just, why?

If every era has a unique terrorism of its own, be it natural disaster, illness or war, then ours is guns.

If every era has a unique terrorism of its own, be it natural disaster, illness or war, then ours is guns. Perhaps if we could understand, I thought, we could address the problem. While my kids practiced lockdown drills, squeezing themselves into a single bathroom with 17 other kindergartners, I researched. I spent months reading accounts from Columbine and from Sandy Hook. I read interviews with students who survived, from family members, from first responders, from mothers of killers. I studied types of guns. I perused books on psychology and anthropology. I approached the subject with as much information as possible in order to imagine and render the unimaginable.

As I re-read, I cannot help but question and evaluate. What did I get right? What did I get wrong? It is difficult to be objective. At the very least, in the story, I made the attempt to disband with judgement. The fictional killer is multifaceted. After all, a writer portrays a character best if approached through compassion. Even the unlikeable ones. Most of all, the unlikeable ones.

As I attempt to revise, I find that there is no escape from unexpected, unwanted insight. I have new details to add.

– Good Morning, America really will knock on the door less than ten hours after the massacre, before some of the families of the victims even know that their loved ones are dead. They will bring flowers in a plastic pot, probably hastily purchased from the supermarket around the corner, and a card, and hand them over while they smile with disappointment at the request to be left alone.Even then, they will not leave you alone. They will call repeatedly. Some people, to your dismay, will talk to the media, incessantly and compulsively, because everyone will metabolize the trauma and pain differently.

– FBI agents cry. You thought they didn’t the same way your children believe their teachers don’t go to the bathroom.

– Within 48 hours, your son will build four guns, including an assault rifle, out of Legos. Professionals tell you that this normal. They tell you that he is processing.

– You will be surprised by who reaches out to you and who doesn’t. Families from Newtown send gift cards, paying for coffee for everyone in the neighborhood. Families from Parkland send bracelets. You drink the coffee and wear the solidarity band on your wrist because you know what it means: they understand, but they have no words.

– People will visit the site and take selfies and photographs. This will feel like a violation.

– The news cycle will move on within a few days. This will feel like a betrayal.

– You will go trick or treating with your kids in between funerals.

– You will watch the next massacre on the news, one that occurs not even two weeks later. You watch this time, not the terrified faces on the screen, but the faces of those watching the screen. For they were once you: the observers. They shake their heads in disbelief and horror, but they cling to the comfort of distance. It’s terrible, they say, and then they switch the channel or grocery shop or hit the gym. You know now that desensitization and dissociation are not cold and cruel reactions. They are survival mechanisms.

– The head of the Islamic Center will help raise thousands of dollars to cover the cost of funeral expenses. He will invite your family to services at the center. Your family will invite him to the bar mitzvah. This will feel like hope.

I go back to work. It is my work, after all. It is more personal now. It is fiction, and yet it is not. It is what I know now.

Molly Pascal lives in Pittsburgh with her husband and two children. Her writing has appeared in The New York Times, Salon, Newsweek, The Jewish Chronicle, the Pittsburgh Post-Gazette, Fringe, and Profane, among others. Her short stories have received Honorable Mention in contests with Glimmer Train and the Texas Observer. She is working on her first novel.

Did Seneca Write a Treatise on Anger in Response to Unstable Leaders? 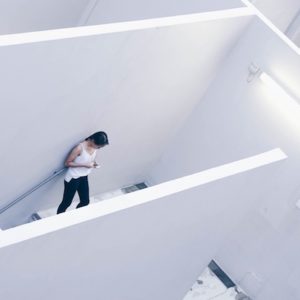 How to Write About Burnout in the Gig Economy Millie, the 30-year-old narrator of Halle Butler’s second novel The New Me, has been working as a temp at a design firm...
© LitHub
Back to top