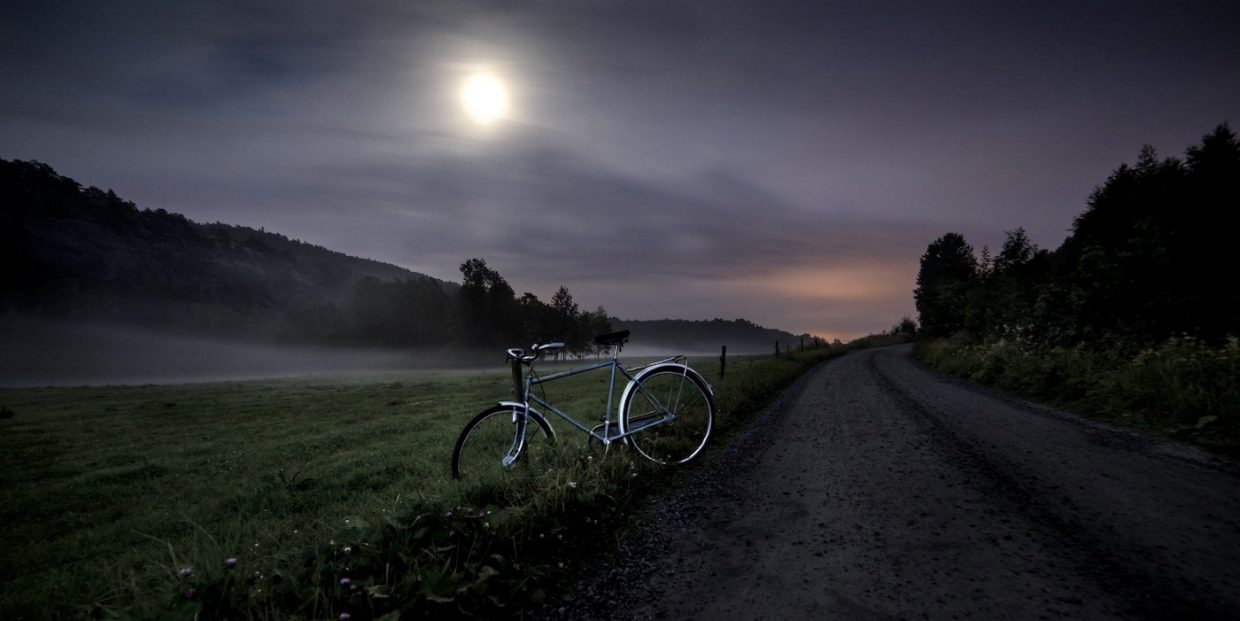 Susan Sontag wrote, “Everyone who is born holds dual citizenship, in the kingdom of the well and in the kingdom of the sick.” For a while the people in my life kept journeying to that second kingdom, specifically to a metropolis known by various names—madness, despair, insanity, acedia, melancholia, and other Latinate titles.

I was once in love with a boy with a white scar on his skull as jagged as Harry Potter’s famous lightning. Sometimes when we lay body to body, I’d push my fingers through his black hair until I found the zig zag. It was made before I met him. He’d waited until dark and thrown himself from a roof and onto hard paving. This thin mark was the record of his fall. Imagining his small lonely body that night, I’d trace it again and again. Even now if I close my eyes, I can still feel the transition from thick strands to naked scalp.

I have a writer friend who believes that women are asked if their work is taken from life, because no one believes women have any imagination. I suspect she is often correct. But I also understand why some people might ask a writer, why you and why this story? It is a popular question, one that you might be asked in interview, in workshop, by a friend, or by your father over dinner as he worries about the path your life has taken.

Maybe you have a tidy answer—something you read in a newspaper, an overheard conversation, a dream even. But maybe the thing that started you imagining was something only your closest friends know. Maybe it was the thing that you turn over in your head taking the bus home from a night out too long. Maybe in order to describe it, you had to make up this long and delicate fiction. What do you say then?

In the blur between night and day, I was summoned to help transport a semi-conscious friend to the hospital. We took a cab. Ambulances are expensive in America. I remember how her neck curved and how her mouth was a little open. I remember when our other friend carried her out of the cab, her pale knees seemed the brightest thing in the new dawn. We waited for hours to find out if she’d be okay.

Poe was one of the many hands that carried me through the end of my childhood. This was perhaps my first unreliable narrator.

From a small shop across a highway, I bought a mango. I ate it in the waiting room using only a white plastic knife that bent as it bit into the flesh. Juice ran down the gaps in my fingers. I was still sticky when they told us, “She almost died.”  She looked so beautiful in her hospital gown—I shouldn’t say it. You shouldn’t glamorize such a moment. But my friend’s living face framed by the thin gown and the thin pillow was simply beautiful. It’s just the way it was.

I could say that everything I write is invention and effort. I could tell you that I underline passages in craft books and meet other writers and discuss present versus past tense. For research, I have read about sake distillation, Victorian artists, and Greek princesses. It is true. I could also tell you that the novel is built of my breath and all around me people kept slipping into the kingdom of the sick. And maybe some of the white fire of that land ended up in my sentences.

Family legend says my granny would announce that she needed to walk the black dog. She’d drive alone through the night on country roads. She liked the speed and the wheel and the going nowhere—it healed something in her. When I knew her she didn’t do this. But whenever the story is told, I think of Poppy, her black Labrador, flopped down her muzzle between her paws. Because I suppose when you walk the black dog, it still comes home with you.

“True!—nervous—very, very dreadfully nervous I had been and am; but why will you say that I am mad?” This is how Edgar Allen Poe’s The Tell-Tale Heart begins. The narrator is almost certainly mad. The more he tells you he is not, the more sure you become that he is. What happens next is signature gothic Poe. I read it lying stomach down on my bedroom floor.

Poe was one of the many hands that carried me through the end of my childhood. This was perhaps my first unreliable narrator. Narrators can be unreliable for all sorts of reasons: their desire to lie, their ignorance, some lurking secret. Years later, I smugly told a room of students that we’re all unreliable narrators of our own lives, as if that wasn’t a terrifying thing to say.

I once knew a tall, kind man. He made art and wrote stories and loved books. I knew him only in passing, professionally. We met a few times to talk about work and art. And then he began to send me strange late-night messages, accusing me of having forgotten him. They were filled with an anger I didn’t understand. I avoided going near the place that he worked. Then a few months ago he messaged to say sorry and that he was “going through some stuff and I took it out on you.” I don’t think I’ll ever know exactly what that stuff was.

When applying to do an MFA in writing, someone told me that it is important not to tell the committee that writing saved your life. It’s a cliché and implies that the work is going to be too emotional. I followed his advice. But, I couldn’t imagine a story I’d put more care and craft into than the one I thought might save my life—even if that wasn’t a thing I was sure stories could actually do.

Fifteen years ago, give or take some months, I was in a hospital myself. There’s a lot I don’t remember about it. Here’s what I do remember, my mother brought me green grapes. They were slightly sour. Asleep in the hospital chair, her hair fell over her eyelashes. It was a shared ward but we could draw curtain to pretend we had privacy. I read Terry Pratchett books, with the sheets tucked over my stomach. The books were printed in that soft yellowing paper that I associate with all of the books I read when young. In them, the character of Death speaks in ALL CAPITALS.

People would take my temperature, check the drip, or talk to me and I never knew if they were nurses, doctors, something else. Mostly I remember a woman holding her face over mine. I remember that she had freckles and maple brown hair. I remember that she wanted to know what I had taken and that I didn’t want to tell her, because I was still hoping that I might still have a chance of being dead.

I was eventually allowed to leave, upon the promises of my parents. Children are rarely trusted to be reliable narrators of their own lives. I was a teenager, a class of persons usually considered suspect, and now I had done this. They kept me at home. I remember hours spent on the living room carpet which was the color of half-dried blood. It was a while before I was allowed out alone again. A few months after this hospitalization, we went on a family holiday. I was given a bracelet of long white shells to wear on my ankle—to cover the bracelet of dark scars that I had made while warming up to the bigger act.

The goal of my writing has never been to reenact my or anyone else’s trauma.

In the years since I have tried to be a trustworthy source—to answer my emails, to be friendly but not overly so, to be well read. I teach and write and love people. It has been a long time since I was stuck behind a door that I could not open. So why am I telling you all this? Because that shell bracelet hurt. It scratched and bit. To not talk about something is not so different from being shut in a room with a dark carpet or finding your step hindered by the click of shells.

I wrote a novel that started with a possible suicide attempt. I wanted to see it as a beginning and not an end. It has two protagonists—one who wants to die and one who is very afraid that the person he loves wants to die. I’ve tried to find the single story to tell about why I spent years on these two imaginary people trying to hold themselves together. I’d love to give you a tidy incident and say, it was just this. It would be so much better marketing.

But there is a whole jumble of life and bodies and break and people I love who I’m scared of losing and people I love who wake up and just keep living. Someone I cared for deeply was too scared to leave his room, and so he was peeing in Snapple bottles. The piss was almost the same color Snapple’s as “Mango Madness.” But I’m quite sure you shouldn’t say that your novel was inspired by piss.

My mother’s best friend had two cats. Their fur was the grey purple of the barrier between day and night. He collected furniture. When I was very young, he told me it was okay to eat angelfood cake with my fingers. Before he died, he left a note to tell the neighbors to call the police, so they wouldn’t have to find him. Whenever my mother speaks of him it is to remember something he would have loved.

My novel’s two protagonists are made up. Their love and their violence and their own particular miseries and joys are all made up—no friend of mine has ever cried about Roman geese or slowly peeled away the wallpaper from her father-in-law’s apartment. The goal of my writing has never been to reenact my or anyone else’s trauma. None of the people I’ve told you about are in the novel. Their lives are their own.

I worry this feels like saying that the novel or this essay is a trick. But I understand the world through stories and I wanted to better understand the journey between the kingdoms. Recently, I spoke to a friend about the idea that telling a story is like drawing new constellations. Each star is a chemical reaction too hot to approach.

Yet we stand on Earth and we draw a bear, a warrior, a dog, a bird, two people in love—it’s how we manage the vastness of outer space. Maybe next time I’m asked I should say I wrote this novel because my sky was so full and this is the star-map I made. 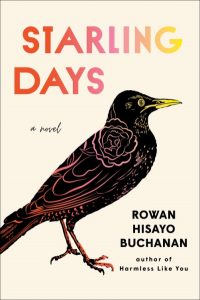 Rowan Hisayo Buchanan is an American and British writer. She received her BA from Columbia and her MFA from University of Wisconsin–Madison. Her first novel, Harmless Like You, was a New York Times Editors’ Choice and NPR Great Read. Her work has appeared in Granta, Guernica, the Guardian, and the Paris Review. Her newest novel, Starling Days is available now.

How to Pay Attention in a Time of Crisis: A Reading List 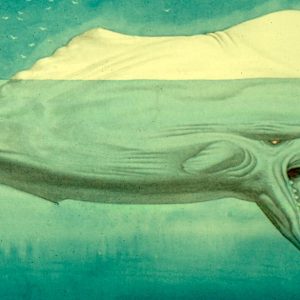