Even First Lady Eleanor Roosevelt wrote about his work in her newspaper column.

Yet, during his lifetime, Gilbert Brown Wilson (1907-1991) lived in relative obscurity. An acolyte of Diego Rivera and an assistant to Rockwell Kent, Wilson became recognized for his massive murals at Indiana State University and Antioch College, and for the controversy sparked by his “social realist” style. Moby-Dick became Wilson’s lifetime obsession, for which he produced more than 200 paintings and drawings. Although Wilson died penniless and in obscurity, his paintings are being discovered by a new generation of artists.

Artists Patrick McNeil and Patrick Miller, best known as the artist collective FAILE, wrote: “The sword of history can cast a sweeping shadow over art. Some are born to be a legend in their time. For others, politics, cultural forces and chance eclipse their greatness for another generation to discover. Gilbert Wilson is finally emerging from that missing part of the landscape as one of the great American artists of his generation.” 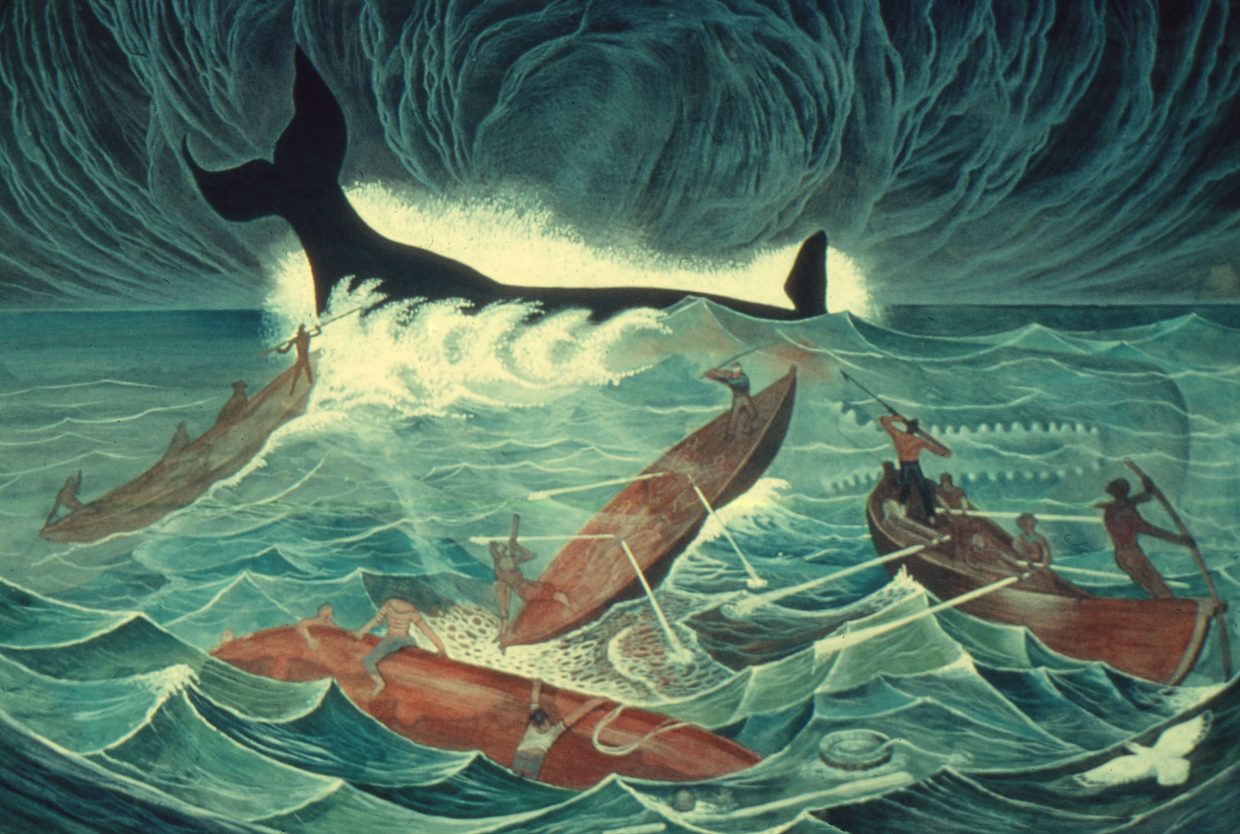 Below is the artist’s statement Wilson wrote in 1949 for his show at the Arthur U. Newton Gallery in New York City. Wilson’s take on Moby-Dick is a decidedly modern one, as he saw the white whale as a metaphor for man’s pursuit of atomic power.

The purpose of these drawings has been to make a graphic synthesis of the drama of Herman Melville’s Moby-Dick. It has been an effort to give the deeper significance of the story an accessible reality in terms of our time. 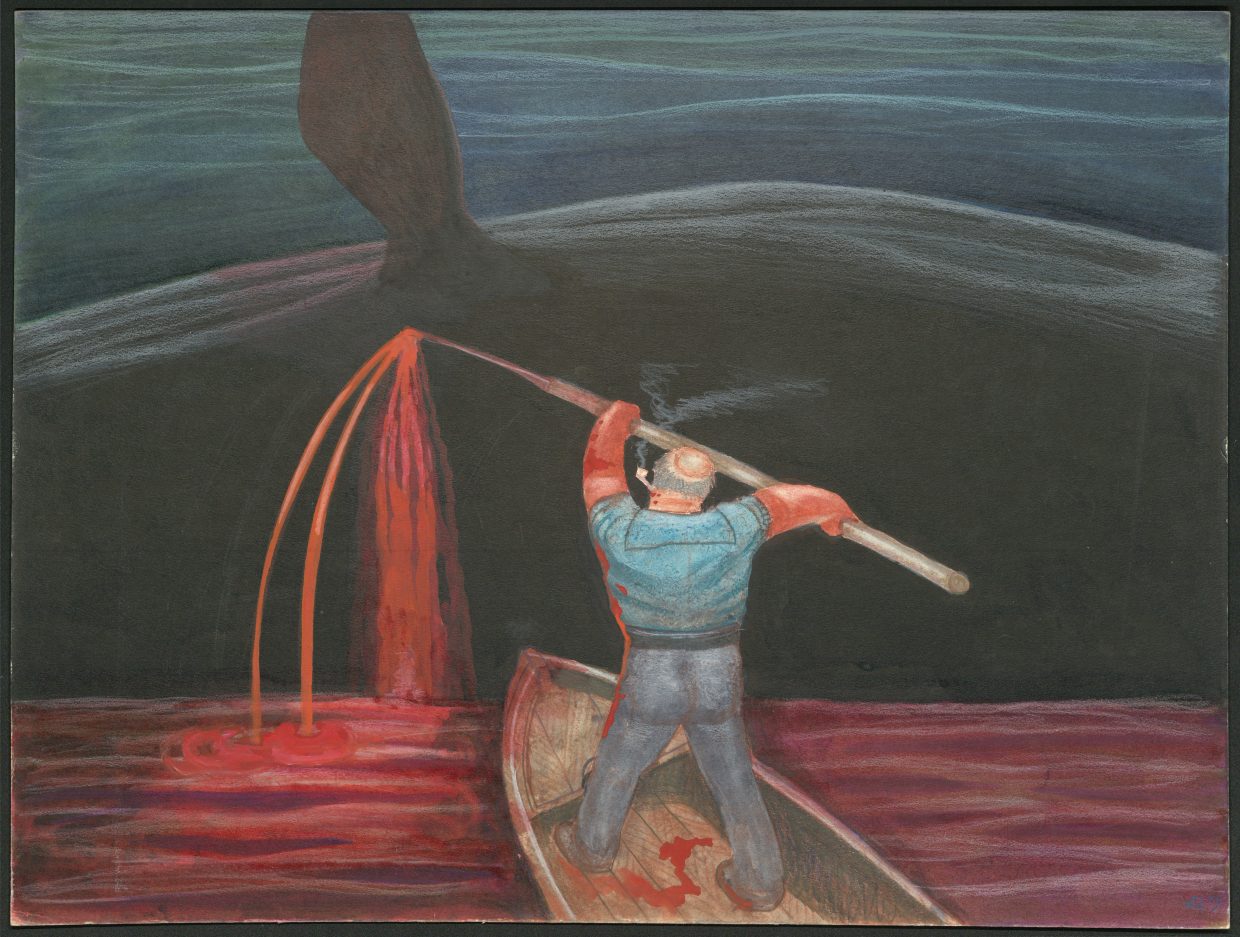 The White Whale, as symbol of the blank senselessness of power—blind, fatal, overpowering—bears disturbing resemblance today to the nuclear bomb. Faced as we are with this fatal force, we might do well to ponder seriously the deep-probing message of Melville’s tragic tale.

We might well wonder why the author let his ill-fated Captain Ahab cry out in the midst of the catastrophe: “The ship! The hearse! … Its wood could only be American!”

Why not attempt to attack the world’s most paramount issues—domination and destruction—with one of the oldest instrumentalities of human expression. Namely art. 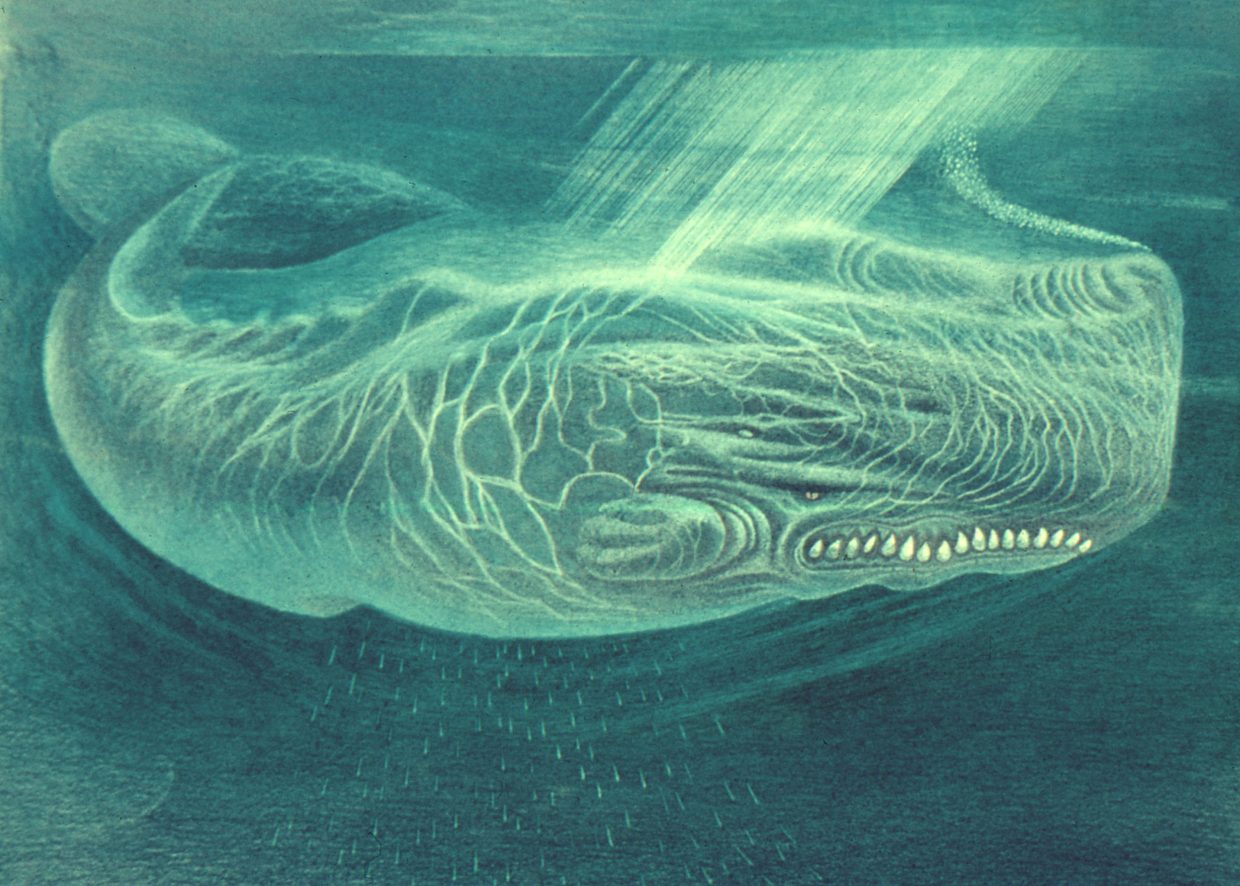 The Greeks taught us that tragedy, distilled in the crucible of great drama, can purge with its pity and terror. Melville’s great drama of Man and Destruction contains the Aristotelian “terror with pity” and “the catharsis of tragedy” which make it classic in grandeur, and with a worldwide participation there might be achieved a dramatic creation which could go far to make the world aware of its inevitable oneness. 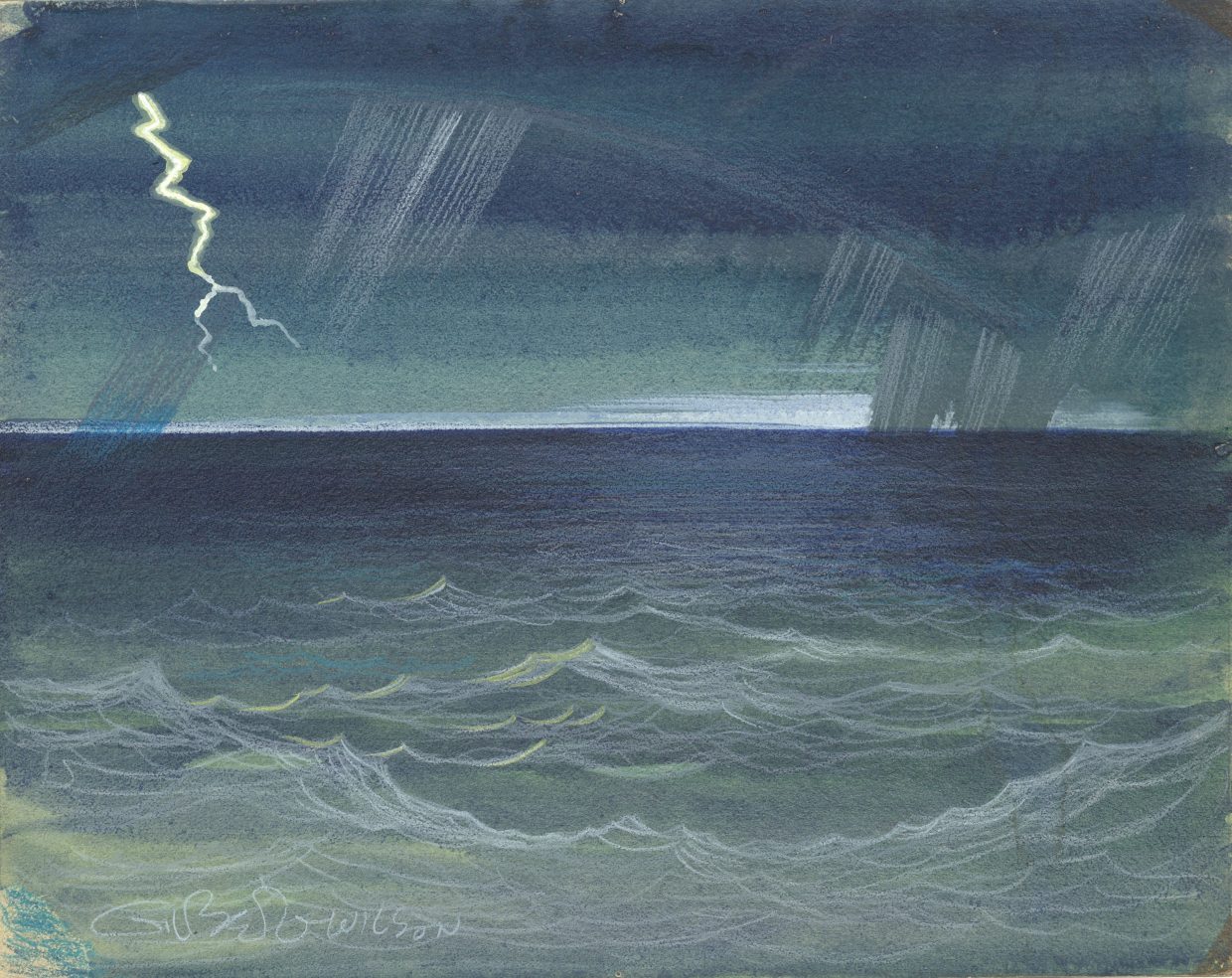 Moby-Dick would lend itself well to dramatization, by concentrating on the profound symbolism. A cultural collaboration, using actors and talents of all nations, could do much to bring the nations closer in a time of dangerous rift. Its arresting prophecy of doom, and at the same time its reaffirmation of man’s transcendent spirit in his struggle against elemental destruction, might serve as a revealing allegory of man’s predicament today. Possibly no tragedy in all literature quite succeeds as powerfully or as clearly in pointing out the mortal errors of hate and domination.

Art might conceivably accomplish more than politics and diplomacy toward creating a spirit of world unity. 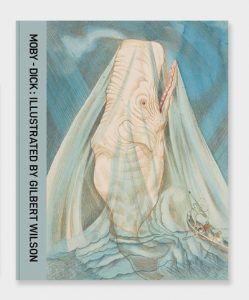 An acolyte of Diego Rivera and an assistant to Rockwell Kent, Gilbert Wilson became recognized for his gargantuan murals at Indiana State University and Antioch College, and for the controversy sparked by his “social realist” style. His illustrations appear in Moby-Dick: Illustrated by Gilbert Wilson. 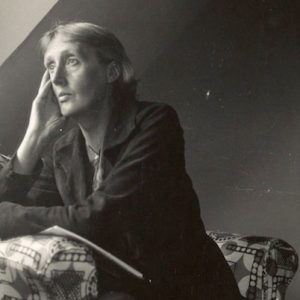 In a Quiet London Enclave, Five Iconic Women Writers Forged a Home In May 1917, T. S. Eliot described for his mother a visit to the American poet Hilda Doolittle, his new colleague on the Egoist...
© LitHub
Back to top
Loading Comments...