How to Solve a Book Emergency

What to Do When You Find Yourself Stuck Without Reading Material

Long ago and far away, in a time when I didn’t own an iPhone, I found myself trapped on the side of a highway in New Hampshire. I called AAA and waited for them to arrive and fix my flat tire. I waited. And I waited. And I waited some more. And suddenly I realized, to my horror, that I didn’t have any reading material in the car. This is highly unusual for me. In high school and college, I stuffed my L.L. Bean bag with extra books no matter where I where I was going. My biggest fear, besides death by fire or drowning, was being stuck somewhere without a book.

But somehow, inexplicably, I had left my apartment that morning without a single book. Out of desperation, I looked around my car. I found a circular and I read it from cover to cover. The cars whooshed by on the highway, shaking my Jeep ever so slightly. I felt a sense of despair, left alone with anxious thoughts, trapped in an automobile on a cold day. A book, I knew, would have allowed me to escape. Instead, I read what was on sale at the local supermarket, the brand names and numbers like a mantra in my head.

I own an iPhone, so book emergencies are far less rare these days. But that doesn’t stop me from carrying at least four to five books, plus several magazines, everywhere I go. I never know what mood I’ll be in, so I can’t just carry a single book. What if I’m stuck in the subway for hours and finish it? What if I can’t get home, somehow, and I need something to pass the time?

Some might say an easy solution is to carry an e-reader around with you, for precisely this kind of situation. But I’m an unapologetic print reader. Ebooks aren’t the same thing.

Book emergencies can be a good thing. The writer Matt Bell read an entire shelf of his cousin’s Babysitter’s Club books as a middle schooler, when he came down with an illness while on vacation. That’s not a series most boys would pay attention to. And in the writer Joanna Rakoff’s case, being without a book while on tour for My Salinger Year led to productivity.

“At one German airport, shattered with exhaustion, I pulled out my pad and wrote a chunk of my new novel, longhand, which I’d never have done if I’d had a book in which to lose myself,” she says.

Rakoff had a formative reading experience when she was in the third grade. On the way to her grandmother’s funeral, she read Fifteen by Beverly Cleary in the back of the car.

“After the funeral, for reasons I never knew, my parents decided that their friends, the Levines, would drive me home. In the back of their sedan, I immediately opened my book, but Bev Levine wouldn’t let me read. She kept trying to make conversation and I kept answering her monosyllabically and returning to Beverly Cleary. Finally, she said, ‘What’s that you’re reading?’ I didn’t answer, because the book suddenly seemed absurdly inappropriate for my grandmother’s funeral. Finally, after a long silence, she said, “Is it a SEXY book?” And I nearly died of mortification. After that—and to this day—I’m careful about matching my books to my situation. There are some books that are better read at home, in private.”

But what you read in public can be a (good) conversation starter, and lead to a fleeting but meaningful connection. That’s what happened to Jon Michaud, the head librarian at the Center for Fiction.

“Years ago, I was traveling on a train from Prague to Paris,” Michaud says. “I got to talking with a college-age American kid who was traveling alone. He was opposite me in the train car, just finishing a battered Penguin paperback of Pride and Prejudice. I asked him how he’d liked it. He said the book had saved his life. He’d just spent three weeks touring Hungary and Czechoslovakia by himself. He’d had nothing to read until he’d found the book on a train. Said he read it twice because it was the only English language company he’d had. He got off the train before I did, leaving the book on the seat for the next lonely traveler—me, of course, even though my bag was already full of books by Milan Kundera and Bohumil Hrabal.”

I love the idea of passing a book that means something to you along to a stranger. That was one of the reasons I participated in the (sadly short-lived) World Book Night, where I handed out copies of my friend Alexis Smith’s Glaciers to patrons at a favorite local bar.

Reading material, as we all know, can offer comfort during the darkest times in our lives. Barry Maxwell is the founder of Street Lit, an organization in Austin, Texas that provides free books and writing workshops for the homeless. (I interviewed him for a previous Lit Hub article.) He says that when he was homeless, he spent about a month and a half squatting in an empty apartment, entering through an unlocked window:

The window overlooked the recycling bins for the apartments next door, and I was in a student housing area. After some days of sitting in silence with nothing at all to occupy myself, it finally dawned that there might be gold in them thar bins. Turned out someone bundled the New York Times by the week, and there was a constant flow of lit journals, mostly critical essays (tough tough reading, hated those…) but many that were not. An occasional book or two popped up. I would creep down after dark and raid the bins like a raccoon scavenging the trash. I read the Times to the marrow: every word of the last week’s news, the classifieds, and I even attempted the puzzles. The biggest score was Moby-Dick in paperback. I managed to read it in a weekend, though I now recall very little (I had vodka on board).

Most readers I know, including myself, tend to spend more time deciding on vacation reading than on what outfits to pack. In 2015, the writer Jamie Quatro went to India with her daughter, and they began a 5-day trek up 15,000 feet in the Himalayan foothills. She brought Middlemarch with her, but she realized it would add too much weight in her bag:

Everyone said: don’t worry, we won’t have time/light/warmth to read anyhow. I threw it in the bigger bag my daughter and I were sharing, which contained our sleeping bags, pads, extra layers of clothing, etc. The dzos (half yak half cow) would carry these up for us, ahead of our group. But our dzos didn’t make it. Somehow we beat them to our first camp. Night fell, we were freezing, we had no equipment. I had no book. One of the other girls on the trek was finishing up All the Pretty Horses and offered it to me. I read maybe six or seven pages and realized it just wouldn’t do. I needed my Middlemarch. It arrived late that night, but I was too tired to read; the following night, at our second camp, McKenna got altitude sickness and I was too worried to read.

After all that planning, she didn’t read at all over those five days, other than some Bible verses. Still, it probably comforted her to have the book she absolutely needed with her, as an option.

I’m pretty biased since I spent years of my life working as an indie bookseller, but independent bookstores are often a lifeline for a reader in desperate need of a very specific title. My friend Daniel Felsenfeld, the composer, wanted to buy House of Leaves on the day it was released. He was visiting his parents in LA, and he went to Barnes & Noble and Borders, but they couldn’t find the copies they ostensibly had on hand. Finally, he went to Book Soup.

The clerk, an attractive LA girl with piercings and tattoos and a somewhat chirpy disposition, told me they had eight copies, to which I said, “Prove it.” She pointed to a stack of what had to be a dozen copies, and I must have sighed. “Do you know Mark?” she asked. “Mark?” “Yes, Mark Danielewski, the author.” I did not, and was a little stunned by the question. But this was all to the end that he, a regular, was actually there in the store. And who comes up but a handsome character with a bright blue mohawk, the author of the apparently elusive House of Leaves. This place not only had the book, they had the author. He signed the book, bade me happy reading, and I disappeared into the literary-hoax teasing night. 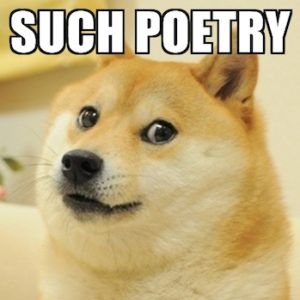 If there’s something that you want to hear, you can sing it yourself. –Gillian Welch, “Everything Is Free”   Gillian...
© LitHub
Back to top