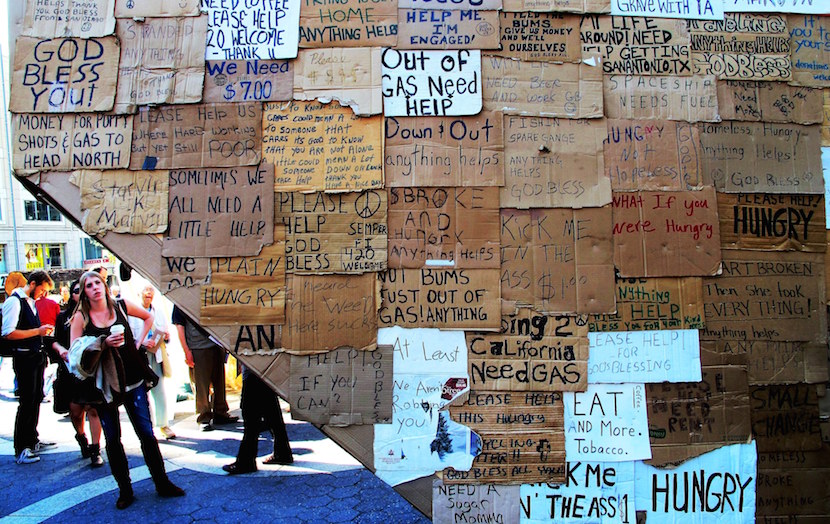 He didn’t always have a place to call home, but Barry Maxwell has found one in the homeless community of Austin, Texas, where he facilitates a writing workshop at the Austin Resource Center for the Homeless (ARCH).

“It’s a bright star in a black place,” Dezi, one of the workshop participants, told Maxwell. He’s 58 (he jokes that he’s 19 for the 39th time) and what he calls “residentially challenged,” but he’s in a program that allows him to work towards stable housing.

Maxwell himself knows what it’s like to not have a roof over his head. Before he founded Street Lit, an organization that gives books and provides free writing workshops to Austin’s homeless population, there was a period of time where he had no fixed address. Going to college in his fifties, though, was a transformative experience that allowed him to get off the streets and give back to so many others. Three years ago, he worked on a “Make a Difference” project for a public speaking class at Austin Community College. His idea was originally a book drive, and over the course of a semester between 750 to 1,000 books were collected and delivered. And thus, Street Lit was born.

Why did Maxwell choose books? Because when he was homeless, reading was one of the few things that helped with “the inescapable sameness of the days… Reading was such a zone of psychological relief, and also somehow of connection, that I honestly don’t know how I would have stayed as sane as I did without it. Sometimes to read was purely to pass the time; sometimes it helped me to realize that I’d had a life before homelessness, and helped maintain continuity with it, an awareness that where I was at the moment did not wholly define me.”

Soon Street Lit grew into more than just a book drive—largely because of Maxwell’s positive experience as a student taking writing workshops. “I was lucky; the workshops I encountered were a place for constructive criticism, but equally important was the safety and nonjudgmental atmosphere my professors created,” Maxwell says. “Life in the homeless world isn’t exactly tuned for defenseless self-expression. Transparency and vulnerability are liabilities, if not straight-up dangerous. I realized in those workshops how valuable that sense of security would have been to me, and how, with a little encouragement, I might have started writing sooner. I might have stopped drinking sooner, or noticed earlier that life wasn’t hopeless after all.”

So in June of last year, he started offering weekly workshops at ARCH. It’s remarkable how many lives Maxwell has influenced in just a short amount of time. He talks of Leonardo, a poet who views his time in the workshop as a chance to spend part of his day “one step above the chaos.” Or Jenny, a woman in her twenties, who credits writing for helping her get away from an “ex-husband prison.”

For these writers, publishing isn’t their end goal. “The act of creation is more important than outside validation,” Maxwell says.

And as Dezi says, “That’s the great thing about writing—not everybody’s going to pick it up or take a look at what you’ve done, but if nothing else it’s something you can pick up and look back on.” Dezi credits Street Lit for giving him the desire to go back to school and work, and to help others realize their own creative potential.

As for his own measure of success, Maxwell says “If I can help a few people light up when they find a book they’re excited over, or can recommend something they’d like, then that’s fine. Mission accomplished. Someone’s day sucks less than it did, and that’s a big deal.”

Maxwell is the driving force behind Street Lit, but he has help from the local community. Successful writers like Elizabeth McCracken have joined forces with the organization by volunteering their time.

“I’ve taught fiction workshops for something like 27 years now, off and on, and though I believe in the process it was sitting around the table with the Street Lit writers that reminded me of this essential truth of workshopping: when you want it, having other people to listen and pay attention to your work can feel like a miracle,” McCracken says. “And to hear those people prove that they have heard you: astonishing really… I listened to satire and formal poetry, a glorious childhood memory and an essay about being put in jail.”

So what’s in store for the future of Street Lit? Maxwell hopes to move the writing group to somewhere other than ARCH, eventually, so that those who have left the shelter can still attend. He also wants to apply for a full nonprofit status and publish a Street Lit journal.

“There needs to be a sense of aspiration toward a personal best, and a polishing process to reach that. It’s a problem, and rather than look for a ready-made solution, we’re going to make our own.”

For more information on Street Lit, including how you can donate, visit their website. 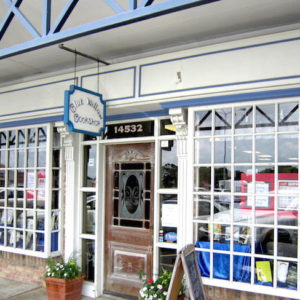 In 1995, Valerie Koehler moved back to Houston, her hometown, from California. A few days after finding the right house,...
© LitHub
Back to top