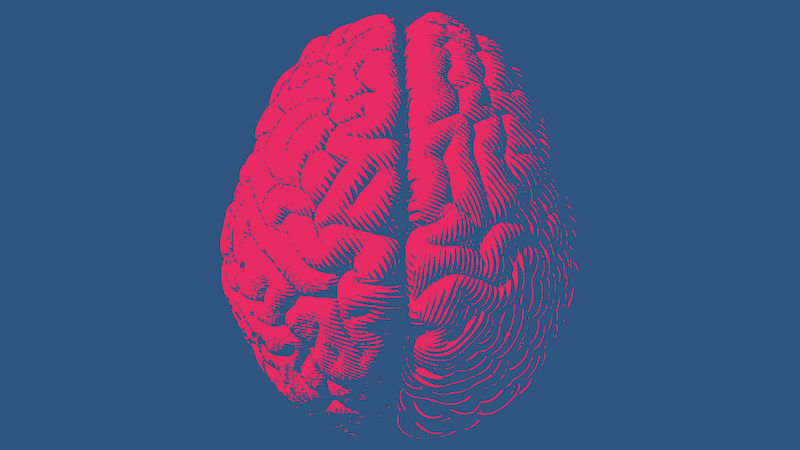 Although I’ve successfully learned the language of mathematics, it has always frustrated me that I couldn’t master those more unpredictable languages like French or Russian that I’d tried to learn in hopes of becoming a spy. Although Gauss too left his love of languages behind to pursue a career in mathematics, he did actually return to the challenge of learning new languages in later life, such as Sanskrit and Russian. At the age of 64, after two years of study, he had mastered Russian well enough to read Pushkin in the original. Inspired by Gauss’s example, I’ve decided to revisit my attempts at learning Russian.

One of the problems I have is simply remembering strange new words. Spotting patterns is my shortcut to memory. But what if there are no patterns? I wanted to know if there might be alternative shortcuts I could try. Who better to ask than Ed Cooke, a Grand Master of Memory and founder of a new venture for learning languages called Memrise?

A memory palace isn’t just a story, but a story that moves through space. This last part is key.

To earn the title of Grand Master of Memory, one must be able to memorize a 1000-digit number in one hour. The next hour you are faced with memorizing the order of ten packs of cards. And finally you get two minutes to memorize a single pack. In truth, it sounded like a pretty useless skill to try to acquire, but I realized that if I could manage that, then remembering a list of Russian words should be a triviality.

Given that the 1000-digit number is chosen randomly, my strategy of looking for a pattern won’t be much help. So what was Cooke’s shortcut to 1000 randomly selected digits? It turns out to be something called a memory palace.

“The shortcut is to transform something which is difficult to remember into a proxy that is easier to remember. We remember what is sensory, what is visual, what is tactile, what evokes an emotion. So that’s what you want to do, to transform into something like this which recruits your first brainpower,” Cooke told me.

“To remember a 1000-digit number, what I do is to arrange a lot of images around a space and every image stands for a number. If I’m trying to recall a number like 7831809720, that’s normally a very difficult thing to remember because they’re just numbers and they all sound pretty much the same and don’t have any meaning. But in my mind 78 is a guy who used to bully me at school and hung me upside down by one leg in my boxer shorts over a staircase, which was a very memorable moment. Much more memorable than the number 78.”

“In my mind 78 is a guy who used to bully me at school and hung me upside down by one leg in my boxer shorts over a staircase.”

Each two-digit number gets turned into a character. In Cooke’s private language, 31 is Claudia Schiffer “dressed in memorable yellow underwear from the Citroën advert.” This addition of an extra bit of color to the image is important, Cooke says; “the more vivid and bizarre the image, the better the memory.” For him, 80 is a friend who has a very amusing face; 97 is the cricketer Andrew Flintoff; 20 is Cooke’s father. “I stashed this dictionary of numbers around the age of eighteen, so it’s become a fossilized form of my teenage imagination, my humors, beautiful people I’d read about in magazines, my family, my best friends.”

Although Cooke is right that for most people one number looks much like another, because I’m a mathematician I know that as one spends more and more time wandering around the world of numbers, one starts to get to know the special characteristics of each number. They start to have their own personalities. It was said of the great Indian mathematician Ramanujan that he knew every number like his own personal friend. When his collaborator Hardy once came to visit him in the hospital and found himself at a loss to offer his ill friend any comforting words, he resorted to recalling that his taxi had had a rather uninteresting number: 1729. Ramanujan immediately replied, “Not so, Hardy, it is a very interesting number. It is the smallest number which can be written as the sum of two cubes in two different ways” (1729 = 123 + 13 = 93 + 103). But most people don’t have this kind of intimate emotional relationship with numbers. Claudia Schiffer in yellow underwear is probably more memorable than sums of cubes.

But how does Cooke use this cast of characters to remember a 1000-digit number? The key is to put those characters in space: “If you want to make very, very long chains of information of things, you need a backbone on which to project our images, and it so happens that we have an extraordinary potency of memory for space. Mammals developed an incredible capacity to navigate and remember an incredible repertoire of spaces. Even if we don’t think so, we’re all really good at this. Just after wandering around an elaborate building for a few minutes we can memorize its layout. So we can use this powerful skill as a shortcut to piggyback our images representing our numbers. This is called building a memory palace.”

A memory palace isn’t just a story, but a story that moves through space. This last part is key. “The advantage of a memory palace over a simple story is that stories are more vulnerable to breaks in the chain,” Cooke explained. “You’re also giving yourself the extra burden of making narrative logic rather than just exploiting pure spatial location and therefore it’s slightly more taxing on the imaginative mind.”

I’d seen Cooke in action building such a palace a few years ago. We’d both taken part in the Serpentine Gallery’s Memory Marathon, a weekend exploring the concept of memory, and Cooke took the audience on an amazing walk around the grounds of the gallery using what he saw to create a memory palace that the audience employed to remember all the presidents of the United States. Each name was translated into a powerfully vivid image. For example, President John Adams became the image of Adam and Eve balancing on top of a toilet, john being slang for a toilet. These images were then placed at locations around the park. To remember the presidents, the audience just had to mentally resurrect the walk, something that our brains seem very adept at doing, and then use the absurd images located at various points on the walk to recall the presidents.

Using spatial memory seems to be an amazing shortcut to remembering very long sequences, whether it’s numbers, presidents, or whatever list you might be trying to commit to memory. It’s a fantastic hack, because remembering things by rote seems to scale exponentially in difficulty—the first ten things are easy, the next ten are more difficult, and more than a hundred is almost impossible. But as Cooke explained to me: “The absolutely extraordinary thing about spatial memory is that it seems to scale linearly in difficulty. I can remember a pack of cards in about a minute, perhaps two minutes if I just want to check it over. The thing is that this scales linearly, so in an hour I’d be able to remember thirty packs of cards.”

When I suggested that for my readers, perhaps remembering a pack of cards wouldn’t really be a skill they were desperate to acquire, Cooke stressed that the cards are irrelevant. The tactic works whatever you are trying to remember. He explained to me that when he is giving talks without notes, he uses exactly the same strategy. Turn the talk into a journey around a familiar place like your house, and place the points you want to make in each of the rooms. Then as you deliver your presentation you will find you can much more easily remember the speech by navigating your way around the memory palace you built in your mind. “In the memory palace, as one embarks on the journey the scene of the action is constantly moving forward, so that the dangers of the memories interfering with each other is thereby diminished because you have a new context in which to excite the new memory.”

The technique of translating numbers into visual images is actually key to an extraordinary feat of calculation that my magician friend Arthur Benjamin can do. Benjamin has trained himself to be able to multiply two 6-digit numbers in his head. One of the tricks he used was to exploit a bit of algebra to break 6-digit numbers into pieces that then could be multiplied together separately. But at some point he needs to bank these numbers in memory to be able to continue the calculation, and later these banked numbers need to be recalled for use.

What Benjamin found was that if he simply tried to remember the number, it interfered with his calculations. It’s as if number memory was happening in the same place as the calculations. So instead he had a special code that translated numbers into words. Memorizing the words seemed to happen in a part of the brain that wasn’t disrupted by further numerical calculations, and so the words could be recalled and translated back into numbers when needed. 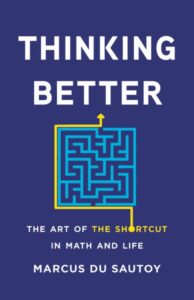 Excerpted from Thinking Better: The Art of the Shortcut in Math and Life by Marcus du Sautoy. Copyright © 2021. Available from Basic Books, an imprint of Hachette Book Group, Inc.

Marcus du Sautoy is the Charles Simonyi Professor for the Public Understanding of Science and Professor of Mathematics at the University of Oxford and the bestselling author of The Music of the Primes, Symmetry, and The Great Unknown. He has received the Berwick Prize, the Zeeman Medal, and the Royal Society’s Michael Faraday Prize, among other honors. 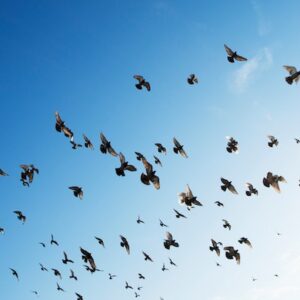