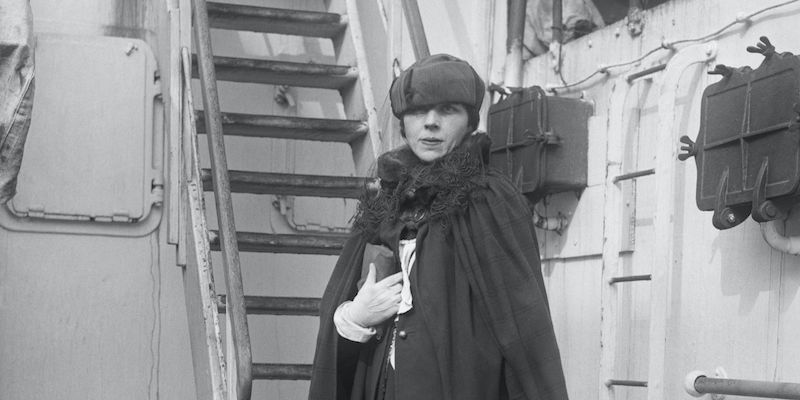 “I like my human experience served up with a little silence and restraint.”

My life is as simple as I can make it. Work all day, cook, eat, wash up, telephone, hack writing, drink, television in the evenings. I almost never go out. I suppose everyone tries to ignore the passing of time—some people by doing a lot, being in California one year and Japan the next. Or there’s my way—making every day and every year exactly the same. Probably neither works.

Djuna Barnes, according to one of her biographers, spent more than 15,000 days, that is, more than 40 years, alone in her apartment in Patchin Place.

And we know that most of them, days and years, passed in total silence without her exchanging a single word with anyone…In 1931, long before those 40 years began, she had written: “I like my human experience served up with a little silence and restraint. Silence makes experience go further, and when it does die, gives it that dignity common to a thing one had touched and not ravished.”

No one saw very much of her during this interminable old age. She was afraid of the adolescents who hung around in the streets. She had such a horror of beards that she even phoned a future visitor and demanded that he shave his off (she had enquired about his appearance) before he came to see her…

The few people who visited her before that date spent long hours with her and always ended up with a headache. “I’ve been told that I give everyone I talk to a headache,” she said. The response of the afflicted visitor was: “You’re so intense!”  And she said: “Yes, I know.”

I am of the opinion that real happiness is impossible without idleness. My ideal is to be idle and love a plump young girl. My most intense pleasure is to walk or sit doing nothing; my favorite occupation is picking useless stuff (leaves, straw, and so on) and doing useless things.

Novelist Patricia Highsmith ate the same thing for virtually every meal: bacon and fried eggs. She began each writing session with a stiff drink—”not to perk her up,” according to her biographer, Andrew Wilson, “but to reduce her energy levels, which veered towards the manic.” Then she would sit on her bed surrounded by cigarettes, coffee, a doughnut and a saucer of sugar, the intention being “to avoid any sense of discipline and make the act of writing as pleasurable as possible.”

All the hotel guests talked about how Monsieur Proust rented five expensive rooms, one to live in, the other four to “contain” the silence.

Sometimes you found him seated at a big table. He would offer those who approached a glass of champagne. When he called for cigars for his friends, you knew he was about to leave.

“Excuse me,” he’d say. “The cigar smoke makes me cough.”  And he would stand up. He seemed to be in a hurry to get back to his room and the silence.

Frrom Philippe Soupault, Paris Review, 2016, describing a stay at the Grand Hotel in Cabourg in 1913, where Proust spent his summers.

The poet Allen Ginsberg once rang Jane and Paul Bowles’s house in Tangiers. Jane Bowles answered: “Then this complete madman asked if I believed in God. ‘Do you believe in God, Jane?’  I told him: ‘I’m certainly not going to discuss it on the telephone.'” 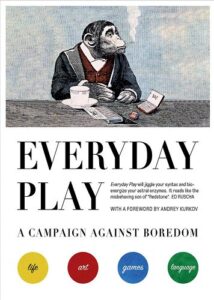 Excerpted from Everyday Play: A Campaign Against Boredom, edited by Julian Rothenstein. Reprinted with permission from Redstone Press. Copyright (c) 2022. 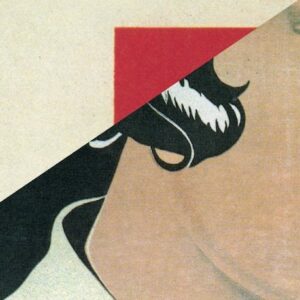