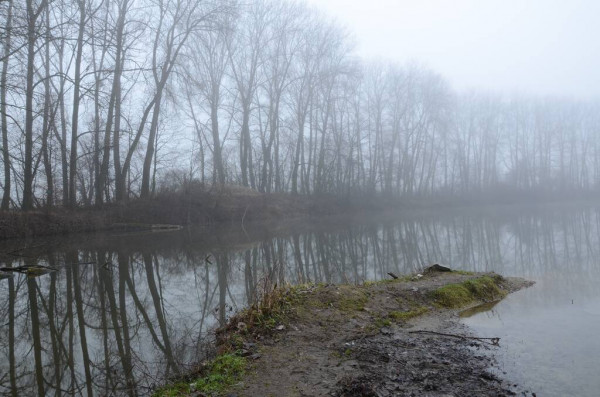 “How to leave a marriage”

A Poem by Daisy Lafarge

To begin with I watched the dentist’s
receptionist select a four-hour video
of sea turtles on YouTube. It was a minor
lesson in vapid pacifism for the waiting room,
while lesser pain waited calmly in machines
of the neighbouring rooms. I composed
many emails, and emails arrived from friends
like soft rain. From the city I contemplated
the tenacity of peatland, and marvelled at plants
endemic to bogs. Meantime the fuchsias grew
fatter, the innards of eclairs sopping over, summer
abundance of lipids. I couldn’t go near them
and crossed the road with my nostrils
aborted; I was done dying under banners
for sensations that weren’t mine. I was trying
to remember the stages of putrefaction. Once
an ex-friend criticised another for always writing
the same poem, which wasn’t meant kindly
but became a kind of anointing. All this
and more was coming up with the fuchsias
like sweet bile. I was at the mercy of merycism
and momentarily happy, walking the hills three
hours a day, just to ruminate. Consciously or not
asking the leaves how to undo a life, but
the moral thus far is that the colour green
can’t devolve an ego back to its bare cells, no
matter how viscid you feel. It’s more parasitic,
as Weil said of divine love, another mother’s
eggs laid in you so you have to keep coming back
to feed them, and that’s how we all get vicariously
fed. Colour is what we are visited by. Ovipositing,
I waggled my doubt beneath a family of magpies.
Didn’t count them because I feared nuclearity and
moreso the gauzy bloom of consciousness, mine
or anyone’s. Don’t you ever feel like evolution over-
cooked. On the 12th day I reached the labyrinth
on the side of the hill, long grassed over, so you can’t
see your options, let alone the way. The sun was stamping
symbols of bygone industry behind my eyelids,
solar hammer and anvil, solar shovel and smog.
The insects were all flying west, away from the sputum
they flung from. I took notes, which the insects duly
amended. I had stopped worrying about analogy
because when he said we are flies sprung from the carcass
of the universe, I knew he meant it. He’d found a way to listen
to the grasses self-seeded in the crown of his head,
no shitting. I thought if I talked to him long enough
maybe I would too, though I was wary of men and hoped
I would be forever, however grassy. It’s not figurative
to believe that the seasons drip-feed us teleology.
Romance is the hole we’re tripped into filling.
Love is the name we gave it.

I pulled many plants up by their roots, and the sap from the roots was sour.
I staked my alignment with the organically bitter.
I walked past the bushes panting, I mean, the bushes were panting,
and the clouds went crimeless with acrimony 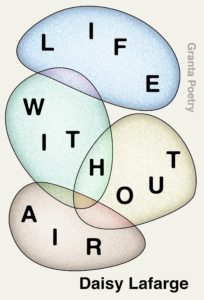 Life Without Air by Daisy Lafarge is available now via Granta.

Daisy Lafarge was born in England and studied at the University of Edinburgh. Her poetry collection Life Without Air was short-listed for the T. S. Eliot Prize. Paul, the winner of a Betty Trask Award, is her debut novel.
Share:

PEN America's Suzanne Nossel: What Will It Take to Restore Faith in Facts? 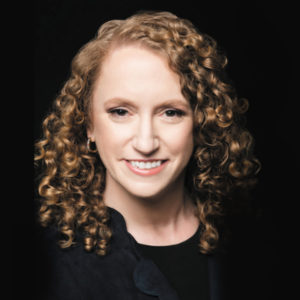 PEN America's Suzanne Nossel: What Will It Take to Restore Faith in Facts? Hosted by Paul Holdengräber, The Quarantine Tapes chronicles shifting paradigms in the age of social distancing. Each day,...
© LitHub
Back to top
Loading Comments...