The Pleasures and Anxieties of the Collective, from Benjamin to DeLillo

“The future belongs to crowds.”

Decades later, the paranoiac pith of Don DeLillo’s Mao II pulses outward in smooth, irradiating waves. To stand in its field—what the critic James Wood called “a geometric sermon”—is to receive something like an American cypher. Vast systems of intuition take shape. Unlikely patterns, the lunatic glow of screens. In the eerily silent mornings, a conspiracy of domestic goods is revealed, the potent language of detergents and browning pears. Is that the smell of death or free-trade coffee? This sensitivity to cultural flinch and mass anxiety—the great dark shapes that glide beneath the crust of ice we walk on—makes DeLillo special, essential, a laureate of nerve and wire. But it is the dread and magic of modern collectivity itself—the near unavoidability of crowds—that most quickly ignites his mystical impulse:

They all feel the same, young people from fifty countries, immunized against the language of self. They’re forgetting who they are under their clothes, leaving behind all the small banes and body woes, the daylong list of sore gums and sweaty nape and need to pee, ancient rumbles in the gut, momentary chills and tics, the fungoid dampness between the toes, the deep spasm near the shoulder blade that’s charged with mortal reckoning. All gone now. They stand and chant, fortified by the blood of numbers.

While DeLillo’s po-mo presentiments are hardly literature’s only response to mass humanity, they seem to me emblematic of a larger literary angst, a fascination that is often indistinguishable from unease. And why not? Isn’t the crowd itself a kind of anti-literature, an intensely physical impediment to the inwardness required of poetry and prose? Like the cloud of starlings that swells and buckles in fantastic shapes, the crowd is dynamic, responsive, even aesthetically pleasing; however, beneath the thrilling patterns, there lies a queasy osmosis that literary endeavor finds difficult to countenance: the absorption of the individual and thus the cessation of personal vision. It is little wonder that in a medium so enchanted with subjectivity, the crowd is as often as not something of an enemy—vague, seditious, violent, grotesque—a dark fantasy just amorphous enough to assume the guise of any threat the author cares to employ.

My first encounter with the literature of the crowd was reading Ray Bradbury as a child. In his story “The Crowd,” one Mr. Spallner is involved in a car accident. Almost instantaneously, a crowd materializes around the scene. “How swiftly a crowd comes,” he thought, “like the iris of an eye compressing out of nowhere.” As he lies dazed, they make pronouncements—“Is he dead?”, “He won’t die. He’s not going to die.”—that sound almost disappointed. Later, while riding in a cab, he sees another accident in a different part of the city and swears many of the same faces encircle the victims. He conducts detailed research, studying photographs of accidents in old newspapers, eventually making the horrifying discovery that the crowd never changes. On his way to report his findings to the police, he is involved in a second, fatal accident. “Where the crowd came from he didn’t know. He struggled to remain aware and then the crowd faces hemmed in upon him, hung over him like the large glowing leaves of down-bent trees.” As he expires, he realizes he will join their ranks in death.

Bradbury’s story makes use of many of the features that comprise what I see as the literature of the crowd: the eerie ease of assembly, the desire for spectacle, the horizontal hostility, the unwanted assimilation. We see many of these same components in Wallace Stevens’ magnificent winter poem “Farewell to Florida.” Take the fourth stanza:

My North is leafless and lies in a wintry slime
Both of men and clouds, a slime of men in crowds.
The men are moving as the water moves,
This darkened water cloven by sullen swells
Against your sides, then shoving and slithering,
The darkness shattered, turbulent with foam.
To be free again, to return to the violent mind
That is their mind, these men, and that will bind
Me round, carry me, misty deck, carry me
To the cold, go on, high ship, go on, plunge on.

Here the crowd is a cold and slithering thing, a kind of sentient ooze that crawls over the frost-shagged North to cover and claim, to “bind [Him] round.” It is a scene of slow, wintry violence, a sluggish unison of minds, of cold, of bodies that overwhelm the poet returning from Key West. This is not the winter of Stevens’ other chilled ode, “The Snowman,” in which the listener “beholds / Nothing that is not there and the nothing that is”; this is a creeping, substantial something. It is the shove and seep of the crowd.

Stevens is hardly the only modernist poet to approach massed humanity with apprehension. Ezra Pound’s Imagist wonder, “In a Station of the Metro,” can be read as a kind of sublimated crowd anxiety, a photographic negative in which pockets of subjectivity are floodlit against the crowd’s darkness:

The apparition of these faces in the crowd
Petals on a wet black bough.

For its effect, Pound prunes the masses like a bonsai tree, achieving spareness not in spite but because of the scene’s fullness. The crowd is present here but artfully fragmented, its individual pieces lit up like shards of glass. Pound reduces the crowd to a series of moments, a pulse of perceptions. These petals were once—and still are—conjoined, in the face of a flower, in the body of a congregation. It is perhaps the most elegant mastering of the crowd in all of literature.

Elias Canetti’s Crowds and Power, a strange and masterful work, attempts to define the dynamic psychology of the crowd itself: its motivations, its desires, even, obliquely, its aesthetics. “As soon as a man has surrendered himself to the crowd, he ceases to fear its touch,” Canetti wrote. “Ideally, all are equal there; no distinctions count. Not even that of sex. The man pressed against him is the same as himself. He feels him as he feels himself. Suddenly it is as though everything were happening in one and the same body.” Canetti believed crowds are shaped by a powerful, magnetic, almost mystical impulse toward unification he called discharge:

A few people may have been standing together—five, ten or twelve, not more; nothing has been announced, nothing is expected. Suddenly everywhere is black with people and more come streaming from all sides as though streets had only one direction. Most of them do not know what has happened and, if questioned, have no answer; but they hurry to be there where most other people are. There is a determination in their movement which is quite different from the expression of ordinary curiosity. It seems as though the movement of some of them transmits itself to the others. But that is not all; they have a goal which is there before they can find words for it. This goal is the blackest spot where most people are gathered.

If there are echoes of Bradbury’s story here, Canetti’s crowd is mobilized not out of desire for spectacle (or, at least, not entirely), but rather to experience something like a mass reconciliation. “Each man is as near the other as he is to himself; and an immense feeling of relief ensues. It is for the sake of this blessed moment, when no-one is greater or better than another, that people become a crowd.”

Searching for blessed moments of a different kind is the flâneur, that exemplar of French literary culture, a wandering fop whose familiarity with the metropolis and lack of definite motivation allow him to stand both astride and apart from the crowd, delighting in the richness of urban ephemera. Walter Benjamin, imbibing the milk of Baudelaire, did much to bring the idea of the flâneur into the academy. “The crowd is the veil through which the familiar city beckons to the flâneur as phantasmagoria—now a landscape, now a room,” Benjamin wrote. While he believed that empathy was “the nature of the intoxication to which the flâneur abandons himself in the crowd,” Benjamin was also aware of the dandy’s parasitical nature, trawling the arcades for intellectual material to transmute into literary gold. For the flâneur, then, the crowd is less a site of discomfort than a natural resource, a secret language, a form of enchantment. A clever sidestep, this: the crowd converted to a kind of mining operation, the city’s endless veins of ore.

“To become a crowd is to keep out death,” DeLillo writes in White Noise. But does it also keep out literature itself? Of course not. Like the microbial life lining hydrothermal vents, literature thrives even within environments seemingly inimical to its survival. We might call the crowd, rather, the writer’s fecund field of anxiety. If it shapes the writing—bending or corroding its natural shape, leaving the prose pocked or panicked—it has also yielded some of the most fascinating and varied work of the last two hundred years. Apprehension is, after all, merely a particularly powerful form of awareness. If the future belongs to crowds, the crowds belong to literature. 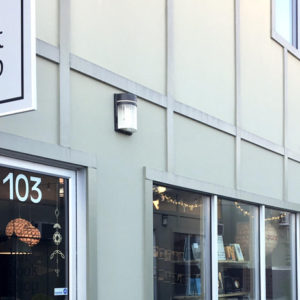 Joelle Herr can’t remember a time when she wasn’t over the moon about books. After spending 20 years working in publishing,...
© LitHub
Back to top