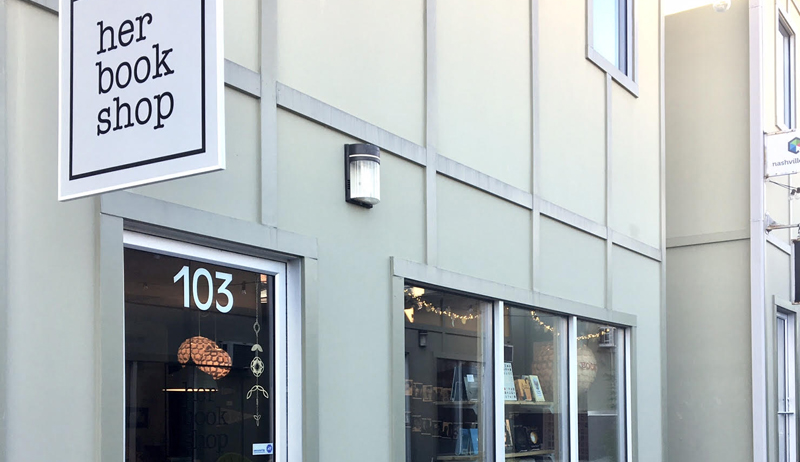 Joelle Herr's Shop is a Dream 20 Years in the Making

Joelle Herr can’t remember a time when she wasn’t over the moon about books. After spending 20 years working in publishing, she quietly quietly unlocked the door and put up the “open” sign at Her Bookshop in East Nashville, Tennessee on the afternoon of July 19th, 2016. Although fantasies of having her own bookstore date back to her childhood, if you had asked Herr even a year ago whether she thought she’d actually do it, she would have said no way. But last April, a fantastic convergence of opportunity, inspiration, and courage led her to decide to take the leap and give it a go.  Shortly after Her Bookshop’s opening, a bookish preteen came in by herself and spent half an hour looking around the shop. She ran home to get more money so she could buy two books—a perfect first sale. 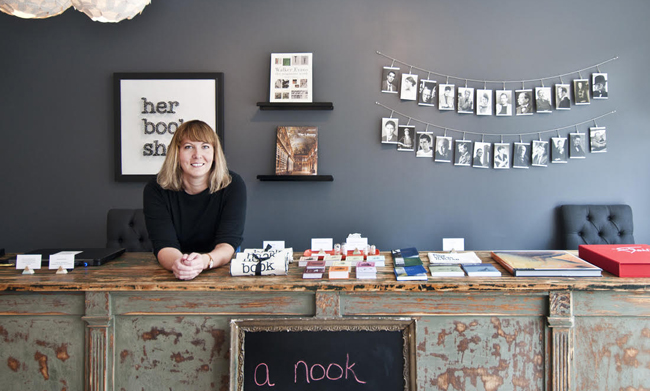 Joelle Herr (owner): That’s like asking which of my pets is my favorite! I suppose it would be the literature section. It—like all of the sections—is quite small, and so I try very hard to fill it with the unexpected. You’ll find Penguin Portables and Great Ideas, the Melville House Last Interview series, the New Yorker decade anthologies (very excited about the upcoming 1960s one), trusted classics from the New York Review of Books, books about books and writers (think: Everybody Behaves Badly by Lesley M. M. Blume and The Bad-Ass Librarians of Timbuktu by Joshua Hammer), and some of my favorite classics, like A Confederacy of Dunces by John Kennedy Toole, Flannery O’Connor’s stories, and one of the books that was my siren call to a career in publishing, The Best of Everything by Rona Jaffe. One other thing about this section is that I don’t necessarily reorder titles when I sell them. I like the idea of keeping it fresh.

Joelle: More of everything! And perhaps some paper products (cards, notebooks), pens, and pencils. I’m a sucker for anything gorgeously letter-pressed. Also, long live snail mail. 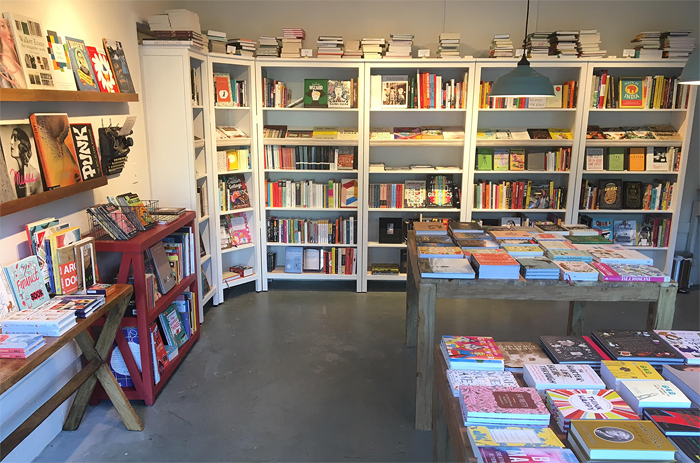 Joelle: I’m not sure if it’s necessarily better, but I think what’s unique about Her Bookshop is its focus on illustrated and gift books—the types of books that I helped create as an editor at such publishers as Running Press, Workman, and Sterling. One of my missions as a shop owner is to fill the store with “stunners”—books that’ll catch your eye from afar and make you cross the room to pick up. That said, we have way more than just high-end (read: pricey) coffee-table books. I’d say that more than half of the books in the store are under $25. My goal is to always carry books across a variety of topics and at a wide range of price points.

Joelle: Each and every person who comes in and oohs and ahhs about the shop. The ones who look around and say they want one of everything. The ones who spend an hour or longer browsing. They’re all my favorites.

Joelle: Knock on wood, but nothing too crazy yet! Perhaps the handful of times I’ve witnessed people pretty openly showrooming, which is frustrating, of course. 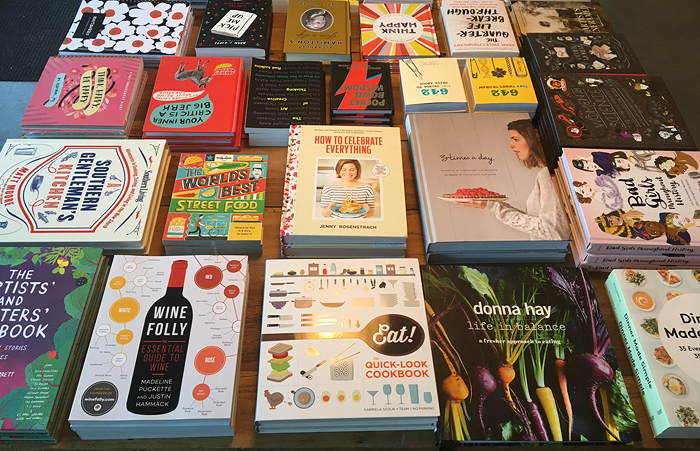 Joelle: There was an independent in Franklin, Tennessee (where I grew up), called Lori’s Bookstore. It was right in the center of town and just so cozy and full of books. Going there was such a treat, and I remember thinking how lucky Lori must be, to have her own bookstore.

Joelle: With the shop having been open almost three months now, my previous life seems like such a long time ago. But no doubt, I would still be freelance editing and writing.

Joelle: This may sound like an odd response, but just how much I’m enjoying it. I am an awkward and shy introvert to the core, and I was a little worried about the all-day socializing that running a shop would entail. But it has been absolutely amazing. Book lovers are the warmest, most wonderful people, and I am so unbelievably appreciative of their immense support. The whole experience has been truly life changing in the best possible way.

This book features the first two issues of Blossom, a biannual magazine created by writer and designer Amy Butler. Bright photographs and illustrations are accompanied by essays about the people, places, and things that inspire her. Simply put, books just don’t get much more beautiful than this one. 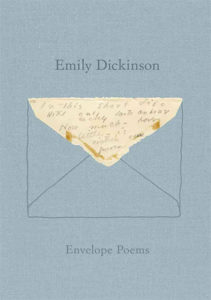 Stark in its design, this compact book features photographs of the poems Dickinson hand-wrote on the fronts, backs, and insides of envelopes. Transcriptions are included for those who can’t make out the handwriting. Never have scraps of paper been so utterly beautiful or goose bumps–inducing. 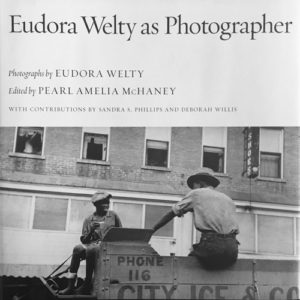 I have been a fan of Eudora Welty since I took a class on her (and Faulkner) in college. Many who’ve read and enjoyed her works may not be aware that she was more than just a Pulitzer Prize–winning writer. She was also a deft photographer, whose ability to capture a distinct sense of time and place (most often her home state of Mississippi) is awe-inspiring even—or perhaps especially—today. 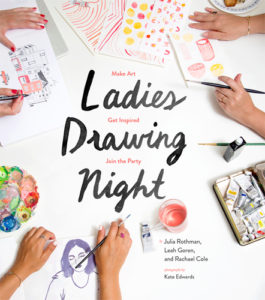 Three amazing illustrators (and real-life friends!) invite readers to get creative in this gorgeous guide, which details how to plan and implement fun, art-centered gatherings with their own pals. I don’t have an ounce of artistic ability, but I still can’t wait to try it out! 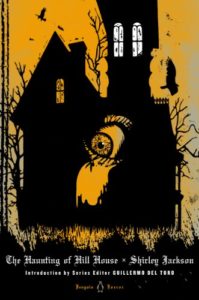 This is one of my all-time favorite books, first read when I was a teen. So, when I came across this fabulously creepy (and tactile!) edition, which features an introduction by horror maestro Guillermo del Toro (Pan’s Labyrinth), there was no question I would be carrying it in my shop, along with several other books in the visually arresting series. 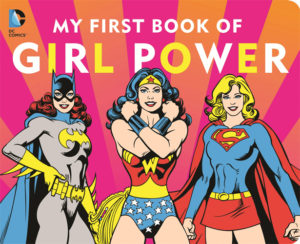 Politics aside, the fact that we have our first (major-party) woman nominee for president is an undeniably exciting game-changer. Female empowerment is center stage. And it is never too soon to introduce the next generation to the fact that women are kick-ass superheroes. 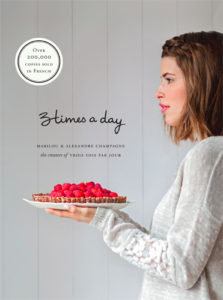 This stunning cookbook is by French-Canadian spouses Marilou and Alexandre Champagne. She (a former pop singer!) created the mouthwatering recipes, which are complemented by his sumptuous photography. The combination is a gorgeous visual feast of feasts.

I like to think of McSweeney’s as the thinking person’s Onion, so a collection of its most ingenious, LOL-inducing, don’t-read-with-a-full-bladder articles from the likes of Michael Ian Black, Jessie Eisenberg, Ellie Kemper, and other comedic geniuses? Yes, please!

On Queerness, Empathy, and Afro-Modernity 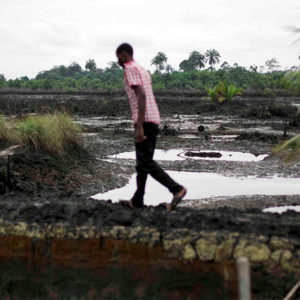 On Queerness, Empathy, and Afro-Modernity

Mark Gevisser: Hello Pwaangulongi Dauod. Your piece in Granta "Africa’s Future Has No Space For Stupid Black Men" is explosive,...
© LitHub
Back to top
Loading Comments...