Sometimes we get so caught up in all the terrible things the internet is doing to our brains and our society that we forget what a powerful tool it can be for research. For those of us who are building entire worlds, especially, there’s nothing quite like its global reach. At times, it can feel magical, as if you could type nearly anything into the search bar and come up with an answer.

This is fortunate for me, because in 2019 I found myself at the beginning of a monumental task. I had decided to write a speculative fiction novel like no other: a “first encounter” novel in which the species encountered in not an alien from another planet, but rather an octopus species that has attained linguistic capabilities that may be on par with humans.

The only problem? The novel, The Mountain in the Sea, is set on the Con Dao Archipelago in Vietnam, where I served in the Foreign Service for two years, from 2011-2013. But I was writing my book from the landlocked country of Kosovo, over 5,000 miles away. While I am a licensed diver with a moderate amount of experience, gained diving the reefs of Con Dao and in Thailand, traveling that kind of distance to dive for research (especially with a new addition to the family) was an impossibility. I always admire authors who jaunt around the world, able to touch and feel the subjects of their work, but I’m the other kind of writer: the kind with a day job.

Researching the novel required reading multiple books on octopus cognition, physiology, and behavior, on top of books on cognition, consciousness—and subjects so few people delve into that Microsoft Word marks them as spelling errors, like biosemitoics and paleopoetics. I used to joke that the amount of research that went into The Mountain in the Sea demanded footnotes and a bibliography (actually, all jokes aside, I did put together a bibliography).

But reading about the octopus is one thing, and watching the way this shapeshifter moves and engages with its environment is another. In The Mountain in the Sea I would have to describe many scenes of octopus behavior and interaction. While the book is a work of speculative fiction, describing a species of octopus that (probably) does not exist, I was committed to making my descriptions of the octopus as realistic and scientifically plausible as possible— from the communications system I developed to the movement and behaviors of the invented species described in the book.

That’s where the internet comes in. Without being able to “be there,” I could find everything I needed online. This meant a lot of hours of virtual diving, spent watching videos of octopus behavior—admittedly, not the worst way to spend time, even if it isn’t quite as fun as real diving.

Here is an annotated collection of videos I found most helpful while writing The Mountain in the Sea, and that also help “prove” that the behaviors described in the book are, while sometimes seemingly implausible, within the realm of possibility.

This is one of the better videos I’ve seen of an octopus using the “passing cloud” to hunt. This is the behavior I theorize would be adapted as the Octopus’ primary communications technique in Mountain.(Bonus points to this video for not including cheesy music or an annoying voiceover, one of the major drawbacks of YouTube.)

This is a good video of the mimic octopus, and is what I’ve more than once used to prove to people that the elaborate mimicry described in Mountain is not only plausible, but actually occurs in real-world species of octopus every day.

This PBS video goes into the mechanics of octopus skin a bit. (And you can pair it with this awesome video of the octopus’ cousin the cuttlefish displaying creepy levels of camouflage as well as some passing cloud activity that looks like part of the light show at a high-end rave.)

I love this video of an octopus at play—though I fear, somewhat, for Mr. Potato Head. Listen especially to the part about octopus eye contact—this plays a pivotal role in the Mountain in the Sea.

Here is an amazing video of an octopus dreaming—an illustration of how the octopus is truly like a mind in the sea.

I don’t think that “tool use” is a good measure of animal intelligence—there are plenty of intelligent animals that do not use tools, and judging animals according to tool use is really testing them by measuring them on a human scale—one of the ways in which octopus intelligence has been consistently undermeasured. But all those concerns aside, this video does a great job of demonstrating the amount of creativity the octopus possesses, and her mastery of every element in her environment.

Here is a juvenile giant pacific octopus making its way back to the water after what looks like a tough night on shore (what was it doing out there?).

Paired with this video, the previous one makes a good argument for the adaptability of the octopus to brief periods of time hunting on land, which is one of the things I have the octopuses in The Mountain in the Sea.

Ok—this last one is just for fun. I’ve probably watched this video twenty times, and it still makes me laugh. Octopuses running around on two legs never gets old.

These videos were just the beginning; I watched probably hundreds of hours of video of octopuses, and (cheesy voice-overs and awful background music aside) I enjoyed pretty much every minute of it. Writing is about research—but research is another way to engage your natural curiosity. It’s this curiosity, this desire to “find out” that I believe is at the core of every writer’s craft. And that terrible time-suck, the internet, which we (rightly) fault for our increasingly fragmented society and attention spans, can also be a wonderful tool for taking a deep dive into a subject. It can be a rewarding tool for feeding our curiosity about the world, and an important—even, I would argue, essential—instrument in every world-building writer’s toolbox. 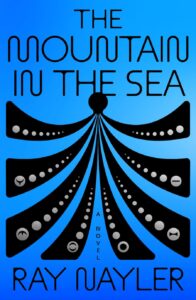 The Mountain in the Sea by Ray Nayler is available now via MCD x FSG.

Ray Nayler’s critically acclaimed short fiction has appeared in many magazines and anthologies, including The Very Best of the Best: 35 Years of The Year’s Best Science Fiction. For nearly half his life, he has lived and worked outside the United States in the Foreign Service and the Peace Corps, including a stint as Environment, Science, Technology, and Health Officer at the U.S. consulate in Ho Chi Minh City. He will serve as the international advisor to the Office of National Marine Sanctuaries at the National Oceanic and Atmospheric Administration. The Mountain in the Sea is his debut novel. 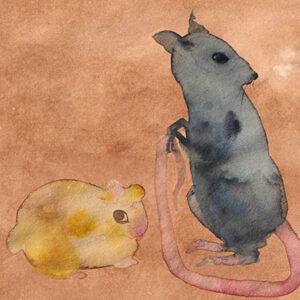 Our newest podcast series, Future Fables, in partnership with Aesop, offers newly imagined fables that will catalyze both...
© LitHub
Back to top
Loading Comments...