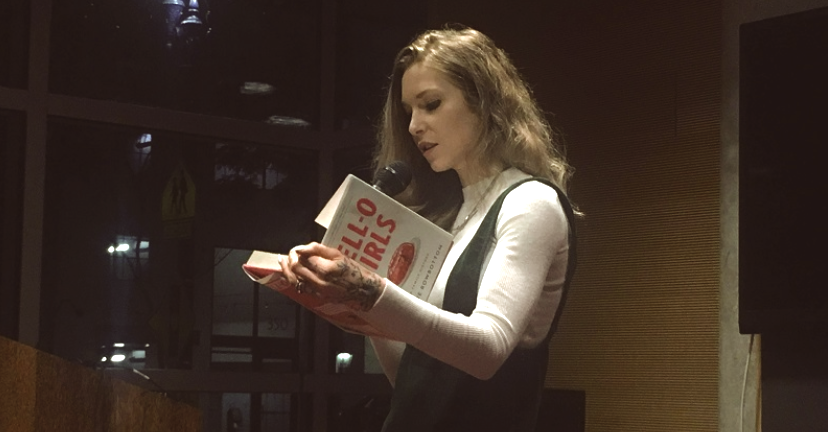 On Last Exit, a Reading Series that Puts San Diego on the Literary Map

San Diego’s southbound freeways all have one: the LAST USA EXIT sign. Maybe it’s a warning —get off the freeway now, or enter a hassle at best, bureaucratic nightmare at worst, trying to get back into the country.

Border motor and foot traffic aside, if you’re not ending up here, you’re probably not going to pass through. San Diego isn’t even flyover territory. The music industry has worked this out, mostly in San Diego’s favor. We’re often either the first stop on a tour, artists filling the venues with contagious hope and anticipation, or we’re the last stop, when the musical coherence is bulletproof and everyone in the band is happy, tired, and full-hearted. The eighth largest city in America, we attract decent acts.

Except in literature. Touring authors rarely come here. California already has two notable literary cities—Los Angeles and San Francisco—so I get it. I recently toured for my own book and didn’t even entertain doing two events in the state. Wouldn’t that be an indulgence, expecting to have more than 20 fans in one entire state? But California is spread out. The amount of time it takes commuters to travel from New York City to Washington, D.C. could maybe get you from San Diego to the other side of Los Angeles, as long as you only drove late at night and didn’t stop to pee.

San Diegans, in general, don’t go to LA for literary events, or for much of anything, really. I can picture those phone calls between authors and publicists, mostly because I’ve lived it from several angles. “Pick a few cities,” they’d say, gently reminding the author to make it work on a limited or nonexistent budget. LA, San Francisco. Up to Portland, maybe Seattle, and, boom, the West Coast book tour is done.

San Diego, though, is vibrant, and I want visiting writers to feel that, so I launched a new project, Last Exit, in 2018. I wanted to create a reading series where I could lure national authors to this city that everyone thinks is a last exit and nothing more. I wanted to bring not only big names, but interesting names. But I also wanted to make this a space for San Diego writers to learn and grow in their own literary practices, so Last Exit also encompasses a workshop series and a journal.

There are countless colleges in the San Diego area, with English departments and their budgets, as well as rich, historic neighborhoods, border and trans-border artists, and nonprofits galore. The arts scene has that flourishing air of something that comes naturally with the mix of grassroots collaboration, the off-the-radar release of pressure, and that feeling that we are on the verge of blowing up if only we’d all just work together. 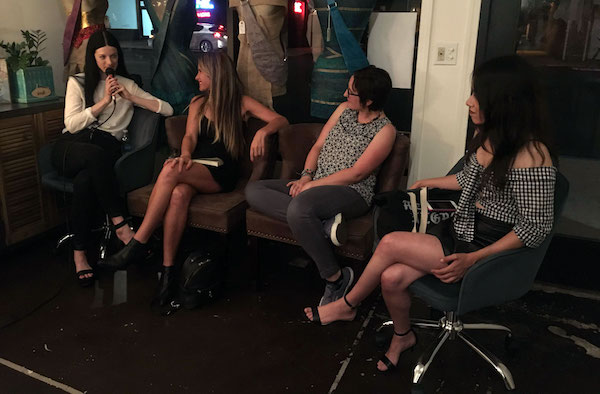 I’d tried running a reading series before, when I worked for a San Diego literary nonprofit. That series was a bit off-brand for the organization, which championed storytelling and met very local needs. Since a nonprofit must focus on the bottom line to fulfill its mission, it was hard to sustain a reading series without monetizing it.

In the few years I’d tried to pull it off, I assured the board of directors that the series could be profitable, while wondering how to entice authors to this forsaken corner of the country. I swallowed some expenses out-of-pocket and spent hours prepping off-the-clock, pretending the series was naturally a classy, well-oiled thing. But I wanted to host readings without having to answer to anyone except audiences and writers.

“There’s a really good feeling about being alive at the same time as certain writers.”

In retrospect, downplaying my expenses and time is probably a symptom of a larger literary system rife with money problems. The way we talk about writing and money, writing and work, and writing and careers is that we don’t talk about it.

And the first time a writer told me, “no, unfortunately I can no longer travel for readings without being paid,” I didn’t get uncomfortable—I set up a workshop. I like to keep workshop tuition low, with room for scholarships, but for visiting writers willing and able to teach, leading a workshop can mitigate touring costs.

Beyond the readings and workshops, Last Exit publishes a literary journal featuring the work of emerging and established writers. using an apprenticeship model. For our first issue, our senior poetry editor worked closely with apprentice editor Stephanie Westgate, giving Stephanie hands-on experience culling submissions, determining the scope of edits, and working one-on-one with writers. Stephanie also read at a Last Exit reading, alongside bestselling authors and literary darlings. This is our model—pairing San Diego’s emerging editors and writers with established literary people. Novice writers and professionals are published together and perform as peers.

This July, we hosted notable authors Kristen Arnett, Tommy Pico, Sarah Rose Etter, and Lilliam Rivera, along with local Mike Sakasegawa, whose work had been published in Last Exit Issue Two. Our venue this time, You Belong Here—a creative coworking space, gallery, and event venue—was packed to the brim. And the readings felt vital and intertwined, as if everyone was meant to be there, on the same night, like movements in the same composition. 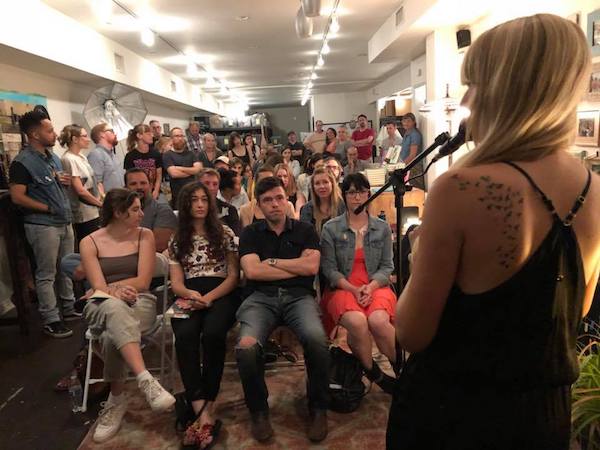 At the end of every Last Exit reading, I have the readers sit together on stage and do their own Q&A. Mike asked everyone to name what recent piece of art or literature inspired them the most, and the responses blew everyone away. Sarah Rose Etter, speaking about Carmen Maria Machado’s forthcoming memoir and the work of the other featured writers in the room, said, “There’s a really good feeling about being alive at the same time as certain writers.” I feel the same way.

One reading series can’t make a city’s literary scene. The good news is that San Diego is home to several longstanding series, including Vermin on the Mount, Nonstandard Lit, and NOW That’s What I Call Poetry, and there are growing legions of independent bookstores, bars, and other venues interested in hosting book events. We also have a book festival, a writing festival, and colleges hosting visiting writer series. My big hope for Last Exit is that it will raise up local literary leadership and help build and sustain a literary audience in this city.

And I want it all to stick around a long time. I can’t wait for writers and publicists to urge each other, “And, hey, don’t skip San Diego.”

Julia Dixon Evans is the author of the novel How to Set Yourself on Fire. Her short fiction and essays have appeared in McSweeney’s, Hobart, Paper Darts, Barrelhouse, Literary Hub, Pithead Chapel, and elsewhere, and she won the 2019 Magazine Award for Fiction. She writes the culture report for Voice of San Diego, and she has contributed articles and criticism to San Diego CityBeat, the A/V Club, and more. She is the founder and host of Last Exit, an online journal, workshop, and reading series dedicated to building literary community in San Diego.

Emma Donoghue on Hamilton, Writer's Block, and Giving Up on War and Peace

Josh Gondelman on the Importance of Knowing Your Audience 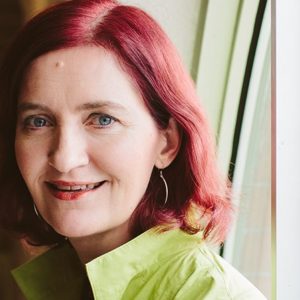 Emma Donoghue on Hamilton, Writer's Block, and Giving Up on War and Peace

Emma Donoghue's Akin is out now from Little Brown. * What do you always want to talk about in interviews but never...
© LitHub
Back to top
Loading Comments...