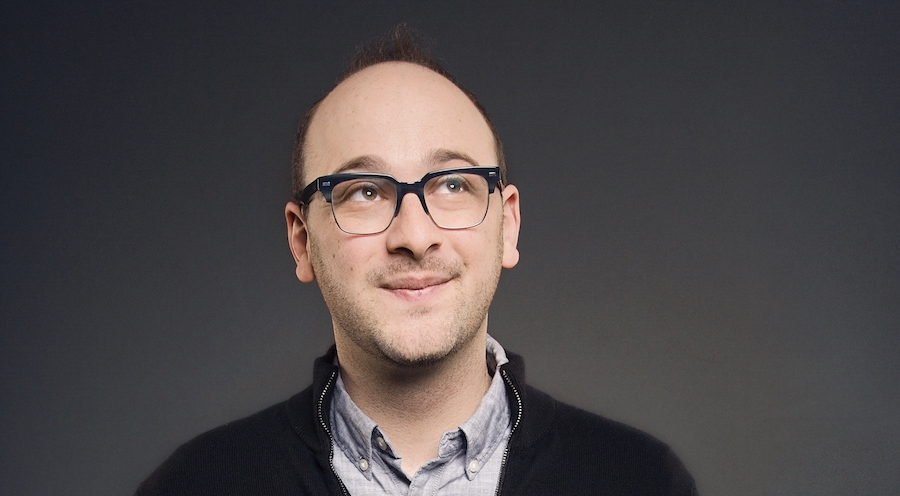 Josh Gondelman on the Importance of Knowing Your Audience

Josh Gondelman is the guest. His new book, Nice Try: Stories of Best Intentions and Mixed Results, is available from Harper Perennial (Sept. 17).

Gondelman is a writer and comedian who came up in Boston before moving to New York City, where he currently lives and works as a writer and producer for Desus and Mero on Showtime. Previously, he spent five years at Last Week Tonight with John Oliver, first as a web producer and then as a staff writer. In 2016, he made his late night standup debut on Conan (TBS), and he recently made his network tv debut on Late Night With Seth Meyers (NBC).

He is the winner of two Peabody Awards, three Emmy awards, and two WGA Awards for his work on Last Week Tonight. He is also the co-author (along with Joe Berkowitz) of the book You Blew It, published October 2015 by Plume. His writing has also appeared in prestigious publications such as McSweeney’s Internet Tendency, New York magazine, and The New Yorker.

Josh Gondelman: I co-wrote a book a few years ago that was a straightforward “humor” book that I wrote with my friend Joe Berkowitz, who is also an author and working on his second solo book now. It was called You Blew It, an etiquette guide on all the ways that you can ruin your life and this is what you’ve already done wrong. It was fun and incredibly instructive because sitting in a room and writing a book that you pitch, edit, and then comes out is a totally different thing. It was incredibly fun and exciting to do that with a friend; it was nice to have each other’s backs on that.

Brad Listi: It kind of distributes the pain of writing a book between two people.

Gondelman: For sure. We edited each other and there was stuff that you could enjoy wholeheartedly too. You know how you can write something and think that it might be good, but I could just get Joe’s stuff and realize that it was good. Joe did a good job, and he’s so funny.

Listi: How did you know each other?

Gondelman: We met through the Internet as well. We pitched a different project as a book, and nobody wanted it. However, people liked us enough that we got this opportunity to pitch a different kind of thing. We had pitched a fake pick-up artist guide called—I think it ended up being—Getting It Wet: The Nice Guy’s Guide to Tricking Women from Friendzone to Bonezone.

Listi: So it was like that book The Game?

Gondelman: Right, The Game parody, but a few years late. The industry feedback we got was that it was funny but either people want the real version of the thing because they are grimy dudes trying to have sex or they don’t want to be in that world at all. Why am I interested in this character?

Listi: Right, who is the audience?

Gondelman: Exactly, which I don’t fully agree. I think you can make something that is funny, and people will like it. You know when you make a film, it can be good because it’s good, especially with comedies. Who is Austin Powers for, when those premise-based comedies were more common? Who is Anchorman for, since it’s not for the people who actually care about the news? You can make the thing good enough so that people will enjoy it hopefully.

Listi: Right, there are no rules.

Gondelman: It was instructive. I mean, it’s kind of uncharitable and defensive of me to say that to do the good thing and just trust us that we’ll do a good enough job. That’s egotistical. However, it was good to have that experience because considering who you want to read a book is important. The marketing team of a book doesn’t have the bandwidth that there are going to be ads every football game, you know what I mean? You have to find the audience a bit more directly, and you have to go where they live a little better. You can’t just cast a wide net. … You have to figure out who you want to talk to and where they live. 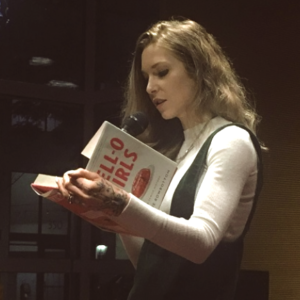 San Diego’s southbound freeways all have one: the LAST USA EXIT sign. Maybe it’s a warning —get off the freeway now,...
© LitHub
Back to top