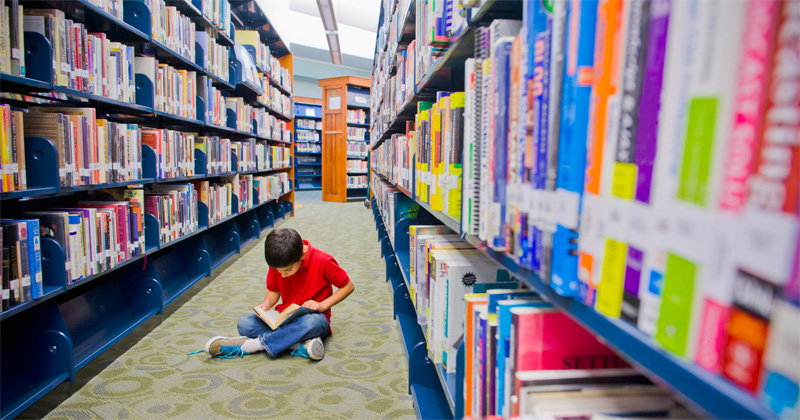 One of my fondest memories of my father, an economics professor, is the mischievous way he would ask me, an English professor, exactly what literature was good for. Usually I would respond to this question by attacking the utilitarian presumption underlying it: Dad! Not everything can be calculated in terms of use-value! We’d go back and forth like this, sitting around in my parents’ kitchen, boring others out of the room, each of us questioning the grounds of the other’s discipline—him asking me to remind him what “research” means in the humanities, me reminding him that the idea of human beings as reliably rational actors has some pretty good historical evidence against it.

Needless to say, we never got very far, but we enjoyed these conversations, which quietly confirmed for both of us that in following my own path, I’d somehow ended up on one remarkably like his. We were couple of stubborn academics, passionate about our respective fields, relishing an argument we thought would never end.

When it did end, it was because he couldn’t argue anymore, though he tried, his deteriorating mind working tirelessly, for example, to convince me that a global conspiracy had altered all the world’s clocks, but so minutely that no one else had noticed. He remembered I was a professor—he proudly told the nurses as much as they changed out his IVs during our long afternoons at chemo—but sometimes he thought I was his former student rather than his daughter. Anyway, our days of debating the foundations of our disciplines were over.

When he died in June, after a long and steep decline, I found myself taking up the old argument with myself, but now with our companionable pleasure in each other’s company, in the unspoken agreements behind our disagreements, replaced by the dull loneliness of grief. What, exactly, is literature good for? became the most salient iteration of a general refrain: what, given unspeakable suffering en route to final and irrecoverable loss, is anything good for?

When I came back to literature, I came back to Walden, because 2017 is Thoreau’s bicentennial, and I wondered what, if anything, his two centuries had to say to my month of mourning. Perhaps not surprisingly, this time around the book seemed to be almost entirely about two things: grief and economics. I had known, of course, that Thoreau played with economic concepts throughout the opening chapter of Walden (titled, in fact, “Economy”), but I’d always read this as a sort of spoof of the disciple, a rejection of its reductive and utilitarian precepts. Now, with the help of the textbook my father co-authored, Principles of Economics, which I’d brought down from the shelf where it had been gathering dust for decades, it occurred to me that “Economy” was less a spoof of than a deep engagement with the central questions of the dismal science.

In the textbook’s section on “opportunity cost,” I hear my dad’s voice. “Consider time,” he says. “There are only 24 hours in a day and all of us must live under this constraint. Many things in life are scarce, and much of economics is concerned with behavior in the face of scarcity.” For Thoreau, the scarce resource most worth careful management is not money but life. “The cost of a thing,” he writes in Walden, “is the amount of what I call life which is required to be exchanged for it, immediately or in the long run.” The whole first chapter is shot through with a startled awareness of our finitude, the recognition that compelled him to take to the woods. “By a seeming fate, commonly called necessity, they are employed, as it says in an old book, laying up treasures which moth and rust will corrupt and thieves will break through and steal. It’s a fool’s life, as they will find when they get to the end of it, if not before.”

These are world-weary sentiments for a man under 30. But Thoreau had lived enough to have learned something about the brevity of life and the way it can uproot you. Two years before he moved to the pond, he’d watched his brother John die of lockjaw brought on by tetanus. Watched is understated: John died in his arms after days of painful convulsions. John Thoreau is not named in the text of Walden, but knowing of this loss and the case of sympathetic lockjaw Henry developed in its aftermath, it is hard not to hear it between the lines, especially if you are grieving. “While I enjoy the friendship of the seasons,” he writes, “I trust that nothing can make life a burden to me.” Where I once heard a cheerful, neighborly affection for the natural world, I now heard the unspoken minor chord of a premise underlying this sentiment: that otherwise life might be burdensome indeed.

“What, exactly, is literature good for? became the most salient iteration of a general refrain: what, given unspeakable suffering en route to final and irrecoverable loss, is anything good for?”

Re-reading Walden was a comfort in those numb weeks, though I didn’t really know why. It’s hardly a comforting book, demanding as it does that the reader re-evaluate every aspect of her life, that she begin again at the beginning, accepting her choices as choices and not necessities. Such self-examination is exhausting at the best of times. But somehow it was the very task grief urged, and it was comforting to be undertaking it with an old friend. “The written word is the choicest or relics,” Thoreau writes in his beautiful little chapter on “Reading.” “It is the work of art nearest to life itself. It may be translated into every language, and not only be read but actually breathed from human lips,—not be represented on canvas or marble only but carved out of the breath of life itself.” When his life collapsed, Thoreau went to the woods, and he brought books. He found the friendship of the seasons and breathed the words of the dead. He also wrote Walden, a book for his neighbors, present and future, so that we might breath his words when he no longer could.

Walden is saturated with Thoreau’s awareness of time, its complexity, its limits, its doubleness: “Time is but the stream I go a-fishing in. I drink at it; but while I drink I see how shallow it is. Its thin current slides away, but eternity remains.” I think of my father in his final weeks, uncertain about everything else, but well aware that time had changed, was moving faster, the stolen seconds vanishing while no one was paying attention. I wonder if it occurred to him that his sentences would outlive him, that I would open his textbook and speak his words, that in becoming a writer he’d entered into a different temporal economy.

While he was alive, my father succeeded in thoroughly instilling in me exactly one economic concept, probably the one closest to his heart: the concept of the public good. A public good is something, like clean air or knowledge, from which everyone benefits, and from which no one can be excluded without doing damage to the whole community. For this reason, private markets, which depend on the logic of exclusion, are ill-equipped to handle the production and distribution of public goods. Mistaking a public good (education) for a private one (cashmere sweaters) risks harming the whole group: in this case, by undermining the capacity of citizens to make informed choices about their lives, to live deliberately. When I put Walden down I felt a sudden wave of gratitude to the teacher who’d assigned it all those years ago, and for all the teachers and librarians and who’d kept it in free circulation since its publication. I hadn’t known, when I was handed Walden, what I’d been given. But I did now. If my father had been there I would have said, The words of the dead are a public good. We need them to rebuild our lives with when they collapse. They teach us how to spend our time.

The Trump administration’s proposal to eliminate the NEA and the NEH—a move recently blocked by Congress, thanks to the efforts of vocal arts groups across the country—reflects the too-commonly held belief that the arts and humanities are private rather than public goods. The justification for the elimination of humanities departments from public colleges across the country echoes this logic, reiterating the old lie that literature is a fundamentally elitist endeavor. Re-reading Walden taught me in the starkest way imaginable that, on the contrary, books fill a basic human need: they store the words of the dead so that we can find them when we most need them. This function is as vital as air, as vital as water. It’s what literature is good for, exactly.

Kristen Case is the introducer to the newest edition of Walden and Civil Disobedience (Penguin Classics| On-sale June 13th, 2017) and the author of Little Arias (New Issues Press, 2015). She directs the New Commons Project at the University of Maine at Farmington.

Nature is a Wizard: Thoreau's Observations on Animals, Illustrated 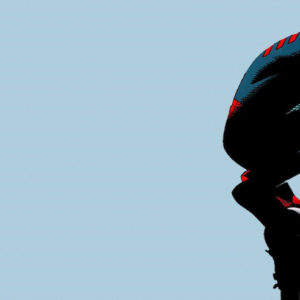 “People like us... we don't get a choice.”  –Amazing Spider-Man Annual #35 Spider-Man was the perfect superhero...
© LitHub
Back to top