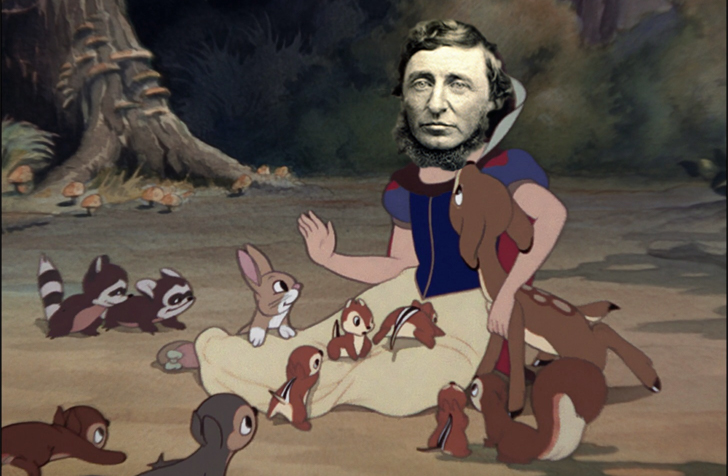 Nature is a Wizard: Thoreau’s Observations on Animals, Illustrated

The following illustrations are from Thoreau’s Animals, by Henry David Thoreau. 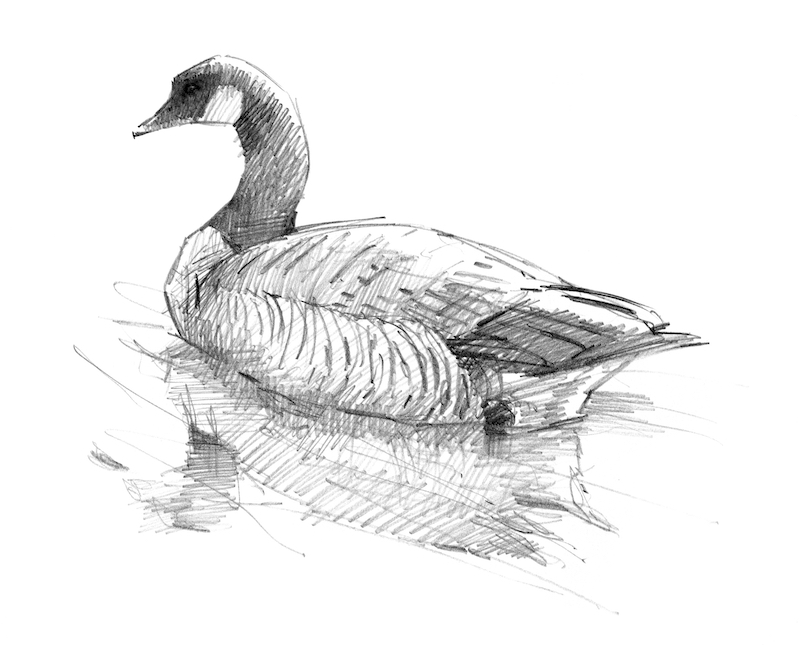 Trying the other day to imitate the honking of geese, I found myself flapping my sides with my elbows, as with wings—and uttering something like the syllables mow-ack with a nasal twang and twist in my head—and I produced their note so perfectly in the opinion of the hearers that I thought I might possibly draw a flock down. 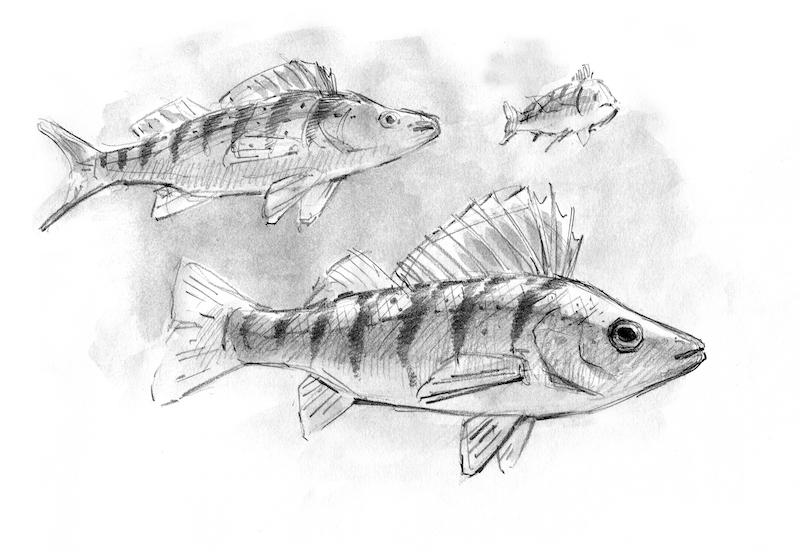 I sit in my boat on Walden—playing the flute this evening—and see the perch, which I seem to have charmed, hovering around me—and the moon traveling over the ribbed bottom—and feel that nothing but the wildest imagination can conceive of the manner of life we are living. Nature is a wizard. The Concord nights are stranger than the Arabian nights. 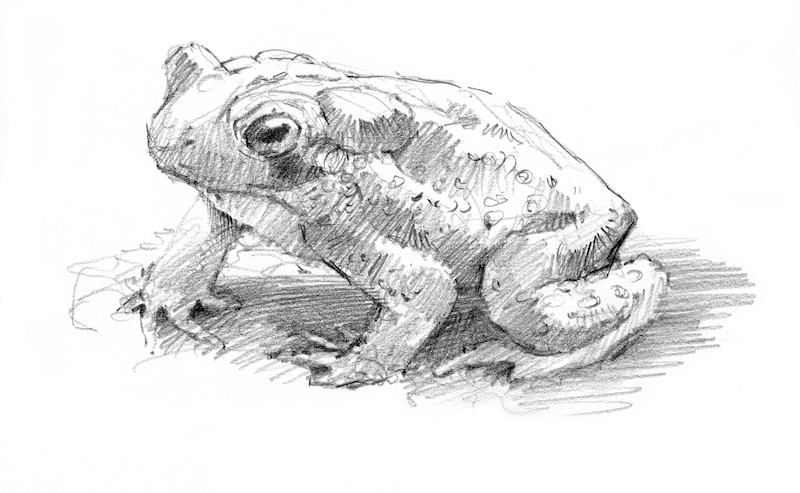 See in the garden the hole in which a toad sits by day. It is a round hole about the width of his body across, and extending under one side about the length of my little finger. In the main indeed shaped like a turtle’s nest—but not so broad beneath and not quite so deep. There sits the toad in the shade and concealed completely under the ground—with its head toward the entrance waiting for evening.

The crow methinks is our only large bird that hovers and circles about in flocks in an irregular and straggling manner—filling the air over your head and sporting in it as if at home here. They often burst up above the woods where they were perching, like the black fragments of a powder mill just exploded. 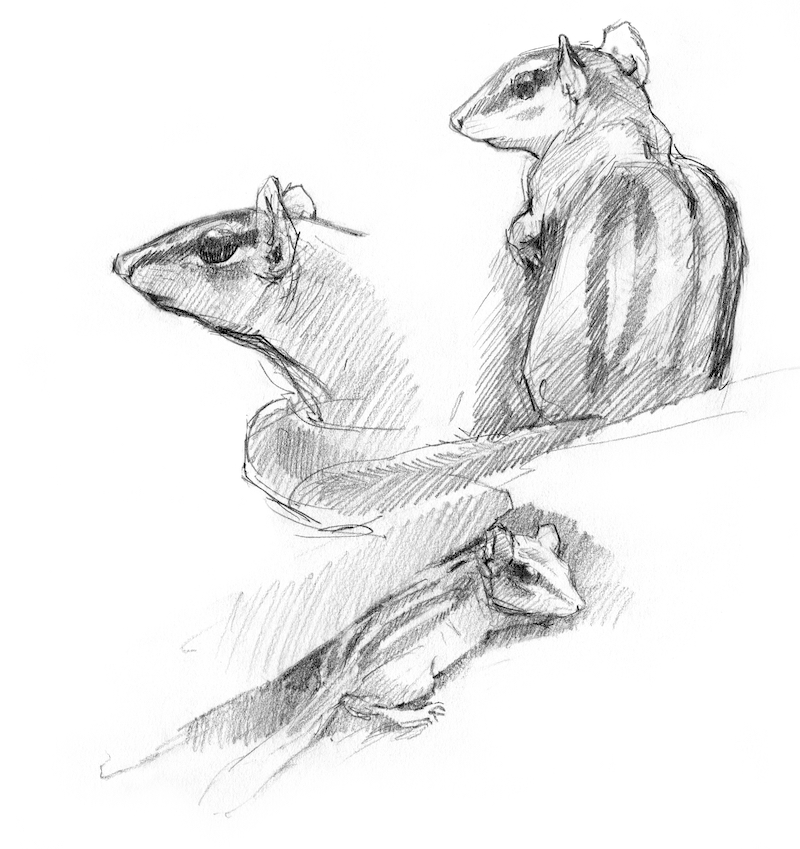 Saw a striped squirrel [Eastern chipmunk] on a rail fence with some kind of weed in his mouth. Was it milkweed seed? At length he scud swiftly along the middle rail past me and instead of running over or around the posts, he glided through the little hole in the post left above the rails—as swiftly as if there had been no post in the way. Thus he sped through five posts in succession in a straight line—incredibly quick, only stooping and straightening himself at the holes. 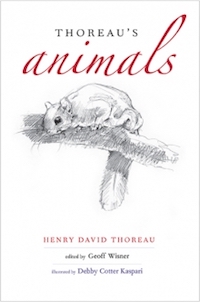 Henry David Thoreau was an American essayist, poet, philosopher, abolitionist, naturalist, tax resister, development critic, surveyor, and historian. A leading transcendentalist, Thoreau is best known for his book Walden, a reflection upon simple living in natural surroundings, and his essay "Civil Disobedience" (originally published as "Resistance to Civil Government"), an argument for disobedience to an unjust state.

Thoreau and the Search for a Cosmic Community 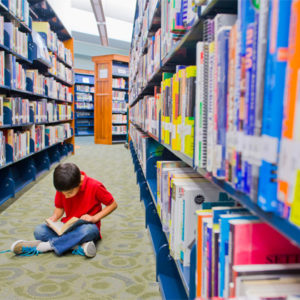 One of my fondest memories of my father, an economics professor, is the mischievous way he would ask me, an English professor,...
© LitHub
Back to top
Loading Comments...