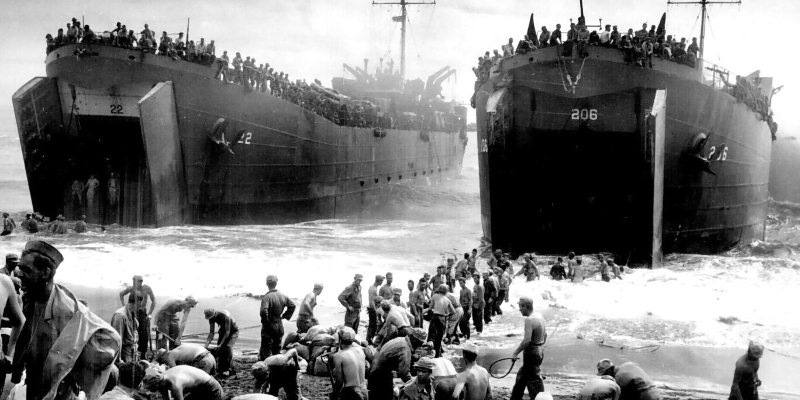 Close friend of the podcast, historian Joe Ricci, joins Al and James to talk about the unsung heroes of the American war effort—the US Coastguard.

Joe Ricci: USCGC Alexander Hamilton—now, this is one of those stories of a Coast Guard crew doing its mission, doing its job, and just goes terribly wrong. I have to backtrack a little bit here. It is January 1942. They responded from a distress call from the supply ship USS Yukon. The Yukon’s air compressor went out, so it couldn’t move on its own power. The Hamilton arrived and set her up to tow; it took about four and a half hours to set up the tow line. All the while, U-132 was watching. At 1 p.m. on January 29th, U-132 fired two torpedoes at the Yukon and missed. It fired a third one and it struck the boiler room of the Alexander Hamilton. Killed the crew in the boiler room instantly. Five hundred degree Fahrenheit steam burst out, essentially melted the boiler crew. And then throughout the entire rest of the ship, all the pipes started to burst, releasing all the steam on the crew there. To make matters worse, they couldn’t radio a distress call because their communications tower went down when the torpedo hit.

So, the commander of the ship, Arthur G. Hall, orders them to fire three shots from the three-inch guns to get the attention of the USS Gwin, which is just off to their side. It’s a destroyer. But it gets worse. The lifeboats that these guys are supposed to be able to evacuate the ship on are damaged from the torpedo hits too. So, they drop them into the water. What’s left of these kind of shattered up holes of these lifeboats, they just cling on to that. And eventually they’re pulled aboard the USS Ericsson and the USS Gwin. But the ship begins to list. And then on the next day, on the 30th, it capsizes, and they figure there’s no way to save the Hamilton. So they sink her. Finally, she goes down at 8 p.m. on January 30th with I think 26 of her crewmen killed on board.

Next year, June 13th, 1943, USCGuardC Escanaba is out on patrol. Never even gets to send out a distress call. It’s believed that she struck a mine or a torpedo from a U-boat that has never been charted. But of her 105-man crew, only two men survive. Never sends out a distress call; down in an instant.

And again, that’s why I go back to the fact that these guys, they lay so much on the line. They fill so many roles. It’s a multifaceted service. They have so many purposes that they’re asked to fill. They get very little credit. The Navy gets the credit, the Merchant Marine gets the credit, but the Coast Guard often is kind of the laughingstock, almost, of all the services. And I think they prove themselves in the Second World War. 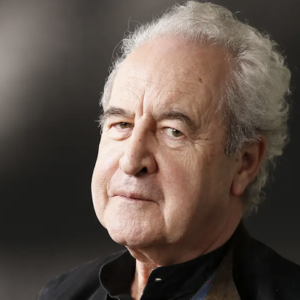 The Hay Festival, now in its 21st year, brings writers and readers together in a free digital space of thoughtful conversation,...
© LitHub
Back to top