I’ve always found these words by E.L. Doctorow a compelling argument for the unique power of fiction to enliven the past. Yet when thinking about the lives of people of color in America, you can’t count on everyone knowing the history, much less what it felt like for people to live it.

Fortunately, we’re living in a golden age of historical fiction, a time when some of the most imaginative and intellectually challenging books being published are stories that have been lost—or that have never been told—about people and communities of color. This to me is one of the joys of both reading and writing historical fiction: you can interrupt history and insert a tale that yields a fuller, and therefore more just, version of the past.

My most recent novel The Bohemians is the story of Dorothea Lange, best known for her searing Depression-era portraits. It tells the little-known tale of Lange’s early years in San Francisco and the remarkable artistic community she encountered when she came to the city in 1918. It’s also the story of the Chinese American woman who worked at Lange’s first studio on 540 Sutter Street.

This to me is one of the joys of both reading and writing historical fiction: you can interrupt history and insert a tale that yields a fuller, and therefore more just, version of the past.

By settling in Northern California, Lange was entering a community of skilled and innovative photographers, many of them women. As I researched her early career, the relationship that most captured my imagination, however, was between Lange and her Chinese American assistant. Her name was Ah-yee, but she was literally without a name in most accounts, referred to only as the “Chinese girl” or “the Mission girl.”

The details about her collaboration with Lange were scant, but from what I could glean together they had transformed Lange’s first studio at 540 Sutter Street into a place of bohemian splendor and a premiere destination for San Francisco’s elite. I also felt, but couldn’t prove, that the experience of working together must have changed both women. It seemed altogether feasible that the relationship could have heightened Lange’s sensitivity toward outsiders—a sensitivity that she’d later draw on as she photographed Dust Bowl migrants in the 1930s, as well the internment of Japanese Americans during World War II.

But who was Lange’s assistant? Apart from her beauty and vivaciousness, the one detail attached to her was that she’d attended a mission school. I deduced that this may have been the Occidental Mission Home at the edge of San Francisco’s Chinatown, a Presbyterian establishment for girls and young women who’d survived the sex trafficking business then flourishing in the city.

This detail suggested a past she’d outrun, an identity she’d shed even before she showed up at Lange’s studio. She likely would have been young and unmarried. On California’s color line, she would’ve been consigned to the lowest rungs. She would have had far fewer choices than Lange, but her talent and ambition might have been equal.

I find myself looking not solely for what’s there, but for what’s missing, what hasn’t yet been written, what can’t be known, except, possibly and partly, through invention.

As a writer of historical fiction, I have a peculiar relationship to history. Whenever I look back in time, I find myself drawn to unknown persons and nameless figures. I find myself looking not solely for what’s there, but for what’s missing, what hasn’t yet been written, what can’t be known, except, possibly and partly, through invention. Caroline Lee comes from my imagination, not from the historical record—it couldn’t be otherwise. What I wanted to know about her didn’t exist in historical and sociological records, most of which would have seen her as a someone undeserving of a story.

Almost immediately I decided to bring Lange’s assistant into the picture, and with top billing. I imagined her as mixed-race, an outsider, a child of immigrants or perhaps an immigrant herself—experiences I knew first-hand. In tandem with exploring Dorothea Lange’s artistic coming-of-age, I wanted to question and explore the kind of life this young woman, and more generally, girls and young Asian and immigrant women in cities of the West Coast, led in the early 20th century. In a place and a time when you couldn’t count on anyone setting down your name, much less your story, what was possible and what was beyond imagining?

“The past,” wrote William Faulkner, “is never dead. It’s not even past.”

In much the same way that every portrait is a self-portrait, every historical novel is always also a contemporary novel. What I saw when looking back at San Francisco in 1920 was necessarily shaped by my sensibility and interests as a woman of color writing in 2020, and yet there were many moments when the continuities between Lange’s world and mine felt uncannily, even uncomfortably, close.

Again and again I’d sink into my research into the past, only to be confronted by the present. In the speeches of James Duval Phelan, the California governor who’d run on the platform “Keep California White” in 1920, I heard the ever-louder rhetoric of nativism and white nationalism. In Lange’s Dust Bowl pictures, I saw the horrors of homelessness as well as the international refugee crisis. In her pictures of the Japanese Internment, I saw borders, prisons, and cages of “alien” children.

In a place and a time when you couldn’t count on anyone setting down your name, much less your story, what was possible and what was beyond imagining?

In her pictures documenting the flooding of a small Northern California town, I saw the flaming hills and valleys of nearby Sonoma and Napa. In her pictures of the American South, I saw the relentless brutalities of racism.

I realize now these weren’t coincidences, or even synchronicities. Violence against women and people of color are not subjects easily or rightly relegated to the history books; they persist in our common reality. As Dorothea Lange’s biographer, the historian Linda Gordon, notes, the gradual disappearance of white nationalism from public view didn’t mark its defeat but the country’s adoption of many of its ideals into law.

To give one example, the anti-Asian sentiment dramatized in The Bohemians became enshrined in the 1924 National Origins Act, which established immigration quotas based on race and effectively halted all immigration from Asia, Africa, and the Middle East. In 1965, a coalition of activists and reformers succeeded in abolishing that law.

Lange’s America and mine were intimately connected, but to what use, if any, should I put the connection? Invention in this instance would have been a betrayal; it would have erased the very real cruelties engendered by such a world view as white nationalism. Instead, I had to push deeper into the truth, and that’s where I found the story I needed to tell.

Writing The Bohemians taught me a great deal about the relationship between history and storytelling—about how the ways that we and our contemporaries see things impact what feels like a new story worth telling about the past, about how historical perspectives change over time, and about how a fresh look at what we think of as a well-known figure or historical era can teach us something new about what we inherit—and what we can do with that inheritance. 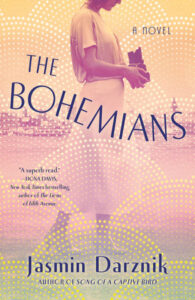 Jasmin Darznik is the New York Times bestselling author of The Good Daughter: A Memoir of My Mother’s Hidden Life and Song of a Captive Bird. Her books have been published in seventeen countries. She was born in Tehran, Iran, and came to America when she was five years old. She holds an MFA in fiction from Bennington College, a JD from the University of California, and a PhD in English from Princeton University. Now a professor of English and creative writing at California College of the Arts, she lives in the San Francisco Bay Area with her family. 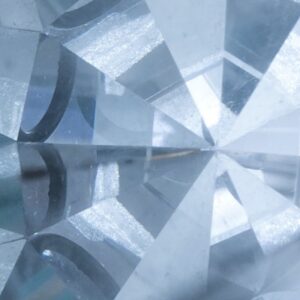 The late, great André Leon Talley shared that a writer’s inspiration begins at home. He spoke of the lasting influences...
© LitHub
Back to top
Loading Comments...