According to the 19th- and 20th-century American journalist Finley Peter Dunne, a newspaper’s role is to “comfort the afflicted and afflict the comfortable.” The New York Times’s color, front-page, combat photos fail to fulfill this function. In my just-published book, War Is Beautiful: The New York Times Pictorial Guide to the Glamour of Armed Conflict* *(in which the author explains why he no longer reads the New York Times), I aim to restore the equation set out by Dunne.

I looked at nearly 9,000 A1 pictures from 1991 through 2014, focusing specifically on 4,500 color photos (the first Times A1 color photo appeared on October 17, 1997). A thousand of these 4,500 A1 photos are of war, and approximately 700 fit my criterion—painterly photographs that strip combat of suffering. I chose 64 photographs for the book and arranged them into ten chapters: nature, playground, father, God, Pietà, painting, movie, beauty, love, death.

I was open to a course correction, hoping to abort the authorial suicide mission of this project (per Seymour Krim, the Times is the “commissar of the real”), and although the course correction never came (little to no countervailing evidence), I do wish I had published the book many years earlier, when the wars in Iraq and Afghanistan were still being aggressively prosecuted.

These combat photos are, in the words of Dave Hickey, who wrote the book’s afterword, corporate folk art—war photos as wallpaper/screensaver. Picasso said, “Good taste is the enemy of great art.” These pictures published by the Times are, above all, tasteful. Rather than attempting to document ragged reality, these photos jam reality into pre-made boxes—the consoling conventions of the Western pictorial tradition.

The 18th-century philosopher Edmund Burke wrote, “When danger or pain press too nearly, they are incapable of giving any delight, and are simply terrible; but at certain distances and with certain modifications, they may be, and they are delightful, as we every day experience. The cause of this I shall endeavour to investigate further.” These photos, viewing war from the psychic, emotional, and spiritual equivalent of 30,000 feet, aestheticize horror. General William Tecumseh Sherman said, “War is hell”; in these photos, war is pretty, distant heck, delivering a frisson of guilty pleasure for the reader/viewer.

Max Ginsburg’s 2007 painting “War Pieta” depicts a crying woman holding a bloodied soldier. Ginsburg says, “I choose to paint realistically because I believe realism is truth and truth is beauty.” In Carl Hancock Rux’s play The Exalted, he writes, “War is real, and art is beautiful.” In these photos, war is beautiful, and very little is real. Hickey explains that the flying dirt of World War II became flying paint; snapshot photography became Abstract Expressionism. Dozens of photos in this book are near-replicas of paintings by Warhol, Johns, Rauschenberg, Bacon, Diebenkorn, Rothko, Pollock, Richter, et al. There’s no there here.

The Times was founded in 1851 by German-Jew Adolph Ochs and was subsequently published by his son-in-law Arthur Hays Sulzberger. Striving to avoid seeming “too Jewish,” the paper underreported the Holocaust and was harshly criticized afterward; over the last 70 years, the paper has wildly overcorrected: flag-waving for every war from Korea through Iraq. There are other causes for the Times’s increasing bellicosity; billionaires, from Richard Mellon Scaife to the Koch brothers, have funded massive propaganda efforts to push media outlets toward the right; the embedding of photojournalists and the ubiquity of digital technology make it possible for the photographer to be immediately criticized by the soldiers he or she is photographing; the decline of print journalism and the rise of the web have made newspapers, with their readership already plummeting, reluctant to disseminate a discomfiting image worldwide; the military-industrial-media complex has successfully gamified warfare.

According to the Watson Institute for International and Public Affairs at Brown University, since the beginning of the current Iraq and Afghani conflicts, over 6,800 U.S. service members and over 6,900 contractors have died in the wars. As of May 2014, approximately 43,000 uniformed Afghans, Iraqis, and other allies had died, and 210,000 civilians have been killed by direct violence (these civilian figures quoted include deaths in Pakistan). A total of 7.6 million Afghan, Iraqi, and Pakistani people are living as war refugees. “And it is likely that many times more than 370,000 people have died indirectly in these wars, due to malnutrition, damaged infrastructure, and environmental degradation” (Watson Center).  I aim, in this book, to show the visuals of how “consent gets manufactured” for this slaughter.

Feature image: detail from Malevich’s “Charge of the Red Cavalry.“

David Shields is the internationally bestselling author of 20 books, including Reality Hunger, The Thing About Life Is That One Day You’ll Be Dead, and Black Planet. Forthcoming are Flip-Side (powerHouse, 2016) and Other People (Knopf, 2017). The recipient of Guggenheim and NEA fellowships, Shields has published essays and stories in the New York Times Magazine, Harper’s, Esquire, Yale Review, Village Voice, Salon, Slate, McSweeney’s, and The Believer. 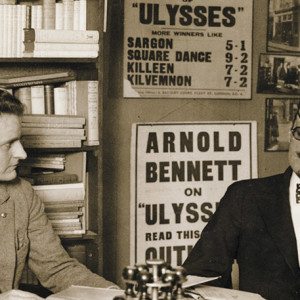 Matt Gallagher on why you don't have to be a veteran to write about war. | Literary Hub Aaron Bady recommends 25...
© LitHub
Back to top