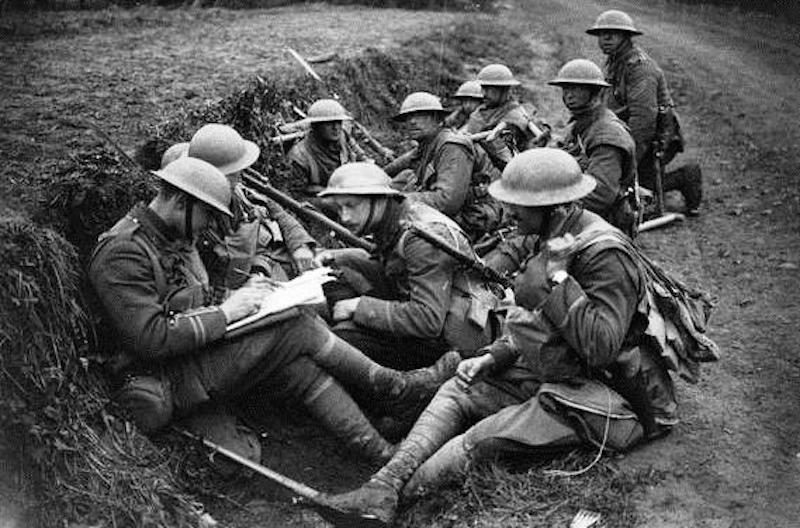 Matt Gallagher on the Difference Between Experience and Authority

Authority is writing’s lifeblood. If a writer can establish authority in their work—and by authority I mean that delicate brew of care, force and knowledge—everything else should fall into place. But if a writer can’t find or convey authority over their subject/story/world/characters… well, even the prettiest of sentences won’t make up for it.

Authority’s a word and idea tossed around a lot in contemporary war writing. In 2016 America, after 15 years of perpetual armed conflict with no end in sight, each new day brings home more young vets with tales to tell and meaning to seek. Stories of modern war and combat, and the importance of bearing witness to what has been wrought, are finding voice and a wide readership. Coupled with a nation mostly disconnected from its military and the armed violence being carried out in its name, it’s small wonder that vet-writers (to include myself) have used the experiences of our past lives as fodder for our new ones.

And that’s ok. It’s a proud literary tradition, and we still need to produce the work. That said, it’s high-time that writers and readers of contemporary war literature alike recognize that experience is not the same thing as authority.

There’s an ugly undercurrent of thought in this part of the writing world—usually unspoken but ever pervasive—that one shouldn’t write about war unless one participated in it as a combatant or otherwise survived its destruction. It’s as silly an idea as it is constraining. One of the major appeals of literature is to not only see different perspectives, worlds and experiences, but be immersed in and by them, too. Just as we didn’t need Kurt Vonnegut the author to have traveled to the planet Tralfamadore, an author adept at the craft doesn’t need to have experienced combat directly to bring readers to war.

Don’t take my word for it, though—let’s take a stroll down War Lit Lane. Homer probably wasn’t a soldier. That doesn’t seem to detract from the brilliance and resonance of The Iliad. Neither was Shakespeare. Didn’t affect the potency of his “war” plays. Tolstoy was, having served as a junior officer during the Crimean War, but he learned to write about battle from the works of Victor Hugo, who never wore a military uniform. Stephen Crane, the godfather of American war literature, only became a combat correspondent in Greece and Cuba after penning The Red Badge of Courage. Hemingway was a Red Cross ambulance driver who got blown up delivering chocolates and cigarettes to the infantry grunts at the front.

Katherine Anne Porter. Joan Didion. Chimamanda Ngozi Adichie. Rebecca West. Charles Frazier. Ben Fountain. More examples? Khaled Hosseini. Toni Morrison. Pat Barker. Bobbie Ann Mason. Thom Jones. Richard Flanagan. On and on the list goes of writers who have proven that war is a subject like any other, one that can be written about well if that delicate balance of force, care and knowledge is established. Of course that takes a lot of research and revision, and a lot of what Nathan Englander refers to as emotionally knowing a subject. But it can and needs to be done. War as a writing subject is not a mystical crucible for a chosen few who’ve stared into the Eye of the Beast to render understanding for the masses.

So again: experience is not authority. It’s natural for readers to be interested in an author’s biography. But after finishing a book, if readers are still more interested in that biography than they are the book itself? In that case, the author has failed.

In 2013 I joined the then-nascent Words After War literary nonprofit as a writing instructor. The New York-based organization’s aim was clear and ambitious: bring veterans and civilians together to examine war and conflict through the lens of literature. We felt that, if done correctly, some small but tangible part of the enveloping “military-civilian divide” could be bridged. In this era of shadow commando raids and drone strikes and an all-volunteer force, we felt that mattered, and mattered a lot. And why not? These wars are all of society’s and not a separate warrior caste’s, though it often can seem otherwise.

So we decided to open our writing workshop to both veterans and civilians. The workshop was to have a literary bent, and the writing was to matter more than feelings would. While not intended initially, each of my five semester’s classes would be beat over the head with David Foster Wallace’s famous teaching advice: The goal is “not expressive writing but rather communicative writing.”

Was I nervous before the first few workshops? Of course. War is inherently political, and we live in a polarized nation. A few worst-case scenarios occurred to me, but as is often the case, the imagination proved far darker than anything reality could offer. Yes, each semester required some early coaxing of the civilian students, to remind them they weren’t there to observe, but to participate. And yes, each semester required a bit of shouting down of some (male) veteran students who’d read a lot of Hemingway but not enough of anything else.

But that all proved to be part of the magic, part of the process. The variety of voices, the diversity of backgrounds, the multitude of perspectives–each and every semester found its own symmetry through these things. We praised Adichie, we critiqued Babel, we pondered (and pondered) Sontag. The students fought me on my love for Barry Hannah (something they’re still wrong about, I should note) and that was ok, too. Because then we’d do all of the same with one another’s drafts. Slowly, steadily, I saw improvement in the students’ work as they learned from the masters of craft we’d studied, and they learned from another.

And slowly, steadily, I tried to become an instructor worthy of their minds and creative spirits.

The Words After War workshop has become an unqualified success, an indispensable part of the vibrant “war lit” scene in New York and across the country. A number of our students are polishing up manuscripts with agents now, so we’ll all be seeing their hard-earned work in bookstores soon. These students differ in veteran and civilian status, they differ in their politics, they differ in gender, ethnicity and social class. Only one thing unites them: the quality of the work they’re producing, something gained through reworking and rewriting and critical scrutiny.

The role of contemporary war literature is much the same as it’s always been: to chronicle. My friend and fantastic author Matthew Thomas had a great line in The Millions about this: “The story of the senselessness of war needs to be told afresh in every generation for it to be heard at all.” So when people in the publishing world say, “Oh, another war book?” Yeah. Another war book. Read it if it’s good, don’t read it if it’s not. We shouldn’t feel bad or ashamed that the subject we write about is important and relevant. There’s going to be a lot of “war books” in the coming years, and many will be interesting, and vital, and written by smart and intelligent people. Some of those people will be veterans, while others will have civilian backgrounds. In their own ways, they will have established authority over their books. I’m proud to be part of the community.

25 New Books by African Writers You Should Read 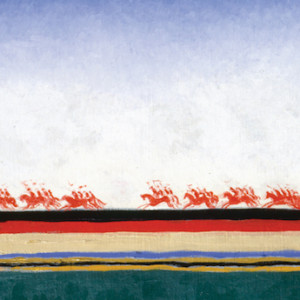 According to the 19th- and 20th-century American journalist Finley Peter Dunne, a newspaper’s role is to “comfort the afflicted...
© LitHub
Back to top