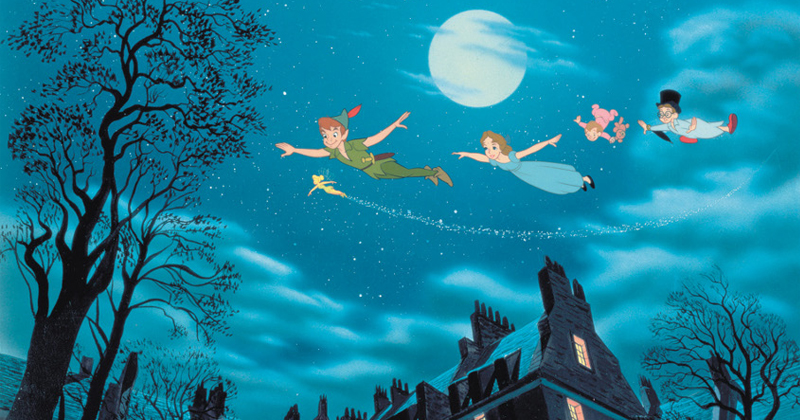 How the Make-Believe World of Peter Pan Inspired My Writing

On the Intermingling of Fact and Fantasy in J.M. Barrie's Neverland

In J.M. Barrie’s The Little White Bird (1902), Peter Pan is referred to as a “betwixt-and-between.” It is in this book that Peter makes his ﬁrst appearance in the works of Barrie. We will see him again, each time a bit different, in several more texts. How Barrie delivers the Peter story to us is already, in its nature, hybrid: Peter exists as a beginning in The Little White Bird, a play in Peter Pan (1904), a new beginning in Peter Pan in Kensington Gardens (1906), and ﬁnally as a novel in Peter and Wendy (1911), which happens to be my favorite.

In all of these Peter texts, what I adore is the intermingling of fact and fantasy, real and pretend. Dream-life, death, existence, play, and make–believe all comingle, and one’s position in any of these existential states is of grave and serious importance.

In Neverland, death can be performed, but it is also very real. By way of illustration, the narrator of Peter and Wendy reminds us that Hook can kill a pirate just to show us, the readers, how easily death is done on the island: poor Skylights hardly lives through the span of a sentence. And so many other deaths abound. Tinker Bell will hardly live for a year, and Wendy Darling, we know, gets too tall to ﬁt in Peter’s world and goes on to have children and grandchildren who Peter replaces her with.

My fascination with Peter and Wendy grew out of my fascination with Wendy. She was in love with a betwixt-and-between who was forgetful, disloyal, and refused to ask her parents a question on a “very sweet subject.” I was in love, and I too felt as if I were a wee child playing house and marrying pretend. Because I still felt like a child—I still do—my love existed in the realm of performance. I played the good housewife and wanted children to mother. I was trying to have a baby at the time and could not have a baby, and so I felt Wendy’s want of children and her performance of mother to the Lost Boys most poignantly.

Role-playing and trying on different guises aids in assimilating real life, its successes, its failures, its happenstances and all. By pretending to be one thing, you can better accept that you are not another thing.

Perhaps that is where my love for Wendy and for possibility in form began. My book not merely because of the unknown that was stalking toward them is the creative outgrowth of my research on the Peter texts, yes, but it is also critical theory and a theory on reading insofar as it suggests,

albeit in an experimental way, an alternative to the traditional academic essay on literary interpretation. However, it can also be classiﬁed as prose poetry because of how it is written, as veiled memoir (I wrote myself into this) and—due to my building on Barrie’s story—ﬁction.

It is also a betwixt-and-between text in how it appropriates space. The bisected page, relying on “The Home Under Ground” sections to contain those moments that center on decay, death, and passing out of existence, acts as a casket of sorts, a memento box. The bisected page also interrupts or disrupts the act of reading. So in a text that presents a multiplicity of voices and points of view, there is also a multiplicity of reading experiences.

The text could only be subversive; that is, it could only exist as complicated, as yearning, as multifaceted as Wendy Darling—the girl who, as I see it, fell in love with the bad boy, ran away with him, wanted to delight in adult games and desires, to have fantasy cross over into real life.

It could only be its best while playing at its own brand of make-believe. That is, the text is only successful if it truly believes the story it puts forth: that what its author has read between the lines in Peter and Wendy is the truer story. 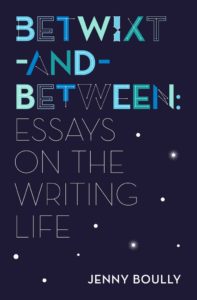 From Betwixt and Between: Essays on the Writing Life. Used with permission of Coffee House Press. Copyright © 2018 by Jenny Boully.

Jenny Boully is the author of The Body, The Book of Beginnings and Endings, not merely because of the unknown that was stalking toward them, Betwixt and Between, and other books. Born in Thailand, she grew up in Texas and holds a PhD in English from the Graduate Center of the City University of New York. She teaches creative writing and literature at Columbia College Chicago.

How John J. Lennon Became a Prison Journalist—From the Inside 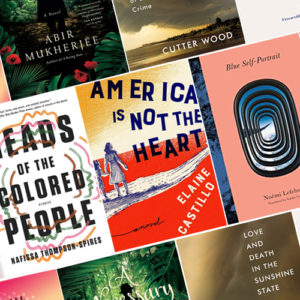