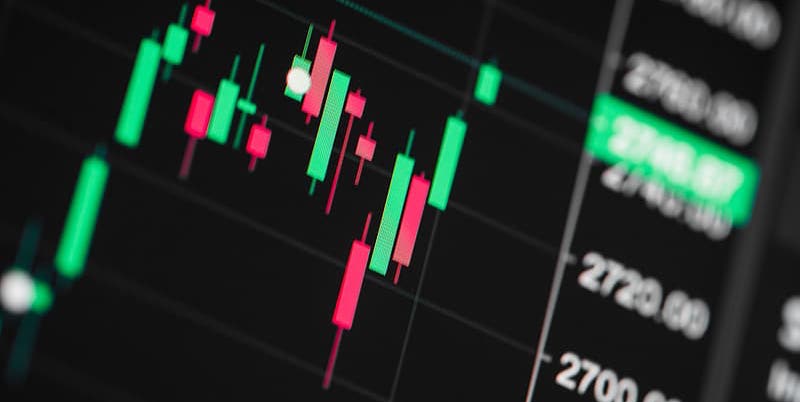 How Rogue Traders Make a Fortune on Volatile Markets

Liam Vaughan on the Buccaneers of Late Capitalism

Trading is like surfing. When markets are calm, gently ebbing this way and that, there’s not much money to be made and little chance of getting hurt. As swells grow and prices start to lurch around, profits can rise but so does the prospect of getting wiped out. Every once in a while, with the onset of a global financial crisis, say, or the arrival of a pandemic, a tidal wave comes along, taking out swathes of unsuspecting market participants and keeping sensible investors onshore. It is during such times that trading legends are born.

One of the earliest financial buccaneers to make a fortune during volatile markets was Jesse Livermore, who picked up the sobriquet the “Boy Plunger” after predicting the 1929 Wall Street Crash. Raised in poverty in Shrewsbury, Massachusetts, Livermore went from watching prices on a bucket shop ticker tape at 14 to becoming one of the eras’ most renowned speculators. His early exploits were immortalized in Edwin Lefèvre’s 1923 book Reminiscences of a Stock Operator, which remains a kind of bible for traders. It was said that Livermore could “read the tape”—that is, he could look at price movements in a security or future and predict where it was heading based on his careful study of past behavior. “Whatever happens in the stock market today has happened before and will happen again,” he remarked in one famous passage. That uncanny ability helped him cream $100 million—the equivalent of $1 billion today—in 1929 alone.

Sixty years later, hedge fund manager Paul Tudor Jones cemented his reputation by foreseeing the October 1987 crash, when US stocks plummeted 23 percent in a day. Before the fall, Tudor Jones had become convinced that America was in a bubble, and he built a short position that would pay-off in the event of a correction. His deliberations were caught on camera by a PBS camera crew, which happened to be filming a now-iconic documentary titled The Trader at the time. In grainy footage, a hyperactive Tudor Jones can be seen pacing around an unfurnished mansion in a pair of lucky tennis shoes, barking orders down the phone at his brokers to buy and sell. Now worth an estimated $5 billion, Tudor Jones reportedly detests the yuppie-era relic and buys up any copy that becomes available, adding to the mystique.

Before 2007, politicians and central bankers liked to boast that they had eradicated boom and bust. Then the global financial crisis struck and their hubris was painfully revealed. As markets tanked and banks turned to governments for bailouts, a handful of prescient investors famously cleaned up. They included Michael Bury and Steve Eisman, contrarians who noticed that rising defaults were not being reflected in the prices of derivatives tied to the value of mortgages and sold everything they could get their hands on. Bury and Eisman’s actions were immortalized in Michael Lewis’s The Big Short, and they went on to be portrayed by Christian Bale and Steve Carell respectively in the movie adaptation. Even more successful was John Paulson, whose fund made $20 billion betting against the housing market, as relayed in Gregory Zuckerman’s The Greatest Trade Ever.

Amid treacherous conditions, one thing is certain: trading legends will be made.

More recently, a new name was added to the pantheon. Navinder Singh Sarao, the subject of my forthcoming book Flash Crash, learned to trade in an out-of-town arcade above a supermarket in England after applying to an advert in a newspaper. A gifted mathematician with a photographic memory and a passion for gaming, Sarao mastered a frenetic form of trading known as ‘scalping,’ going on to earn $70 million from his bedroom in his parents’ suburban home. What really set Sarao apart, though, was a near-total imperviousness to risk. “Look at it like a computer game; you’re playing to win but it’s a bonus if you get paid,” he told a friend. “If it wasn’t fun I’d have stopped doing it.” It helped that Sarao had no yearning for money itself. He preferred tracksuits to designer clothes, rode around on a bicycle and never told his friends or family about his wealth in case they treated him differently.

Most of Sarao’s profits came from taking very short-term positions, but early in his career, in November 2008, he staked everything he’d made betting that prices would bounce back from their decade-long lows. A few days later, the US government announced a trillion-dollar rescue package, sending shares soaring. Sarao could have cashed out then for a hefty profit, but instead he doubled down, putting all his winnings back on the line. To stop himself tinkering with the position, he sat in a McDonalds and drank four milk shakes in a row. By the end of the week, the S&P 500 had climbed 19 percent and Sarao had spun $1 million into $15 million. “People think it’s gambling, but it’s almost the opposite of gambling,” reflected one trader. “The package gets voted in and it’s like having two aces in poker, but you have to be willing to put everything on the line.”

It was Sarao’s exploits two years later, though, that ensured his notoriety. At the time, markets were becoming increasingly dominated by a controversial new breed of ultrafast, automated participant known as high-frequency traders that could react to information far faster than any human. Frustrated at the hit to his profits, Sarao created a device of his own that allowed him to fire off false buy and sell orders, fooling the HFT firms’ algorithms about whether prices were about to rise or fall. The illegal program, which Sarao called ‘NAVTrader,’ proved wildly effective, helping him take millions from the HFT shops. But on May 6, 2010, after a particularly frenetic session in which Sarao made $900,000, the S&P 500 started plummeting like a runaway elevator. Five years later, Sarao was charged with fraud and market manipulation by the US Department of Justice, and dubbed the “Flash Crash Trader” by the press—a scourge of the markets or David taking on the industry’s billion-dollar goliaths, depending on whom you ask.

Right now, prices are rising and falling more violently than they ever have before. On March 9, US stocks had their biggest points fall since records began, as the impact of the coronavirus set in. Within a week, that record had been broken twice only for markets to swing dramatically back after the Federal Reserve unveiled a sweeping aid package.

Amid such treacherous conditions, one thing is certain: trading legends will be made. 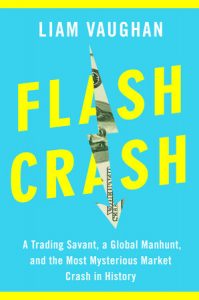 Liam Vaughan, author of Flash Crash, is an investigative journalist for Bloomberg and Bloomberg Businessweek. He has been awarded the Gerald Loeb prize for excellence in business journalism and the Harold Wincott prize for financial journalism. He is coauthor of The Fix: How Bankers Lied, Cheated, and Colluded to Rig the World’s Most Important Number. He lives in London.

Maggie O'Farrell: How to Write About Death Without Thinking of Your Own 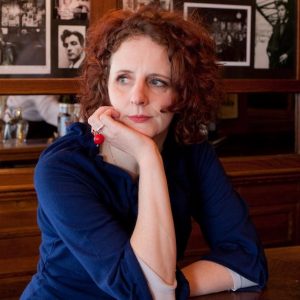 Maggie O'Farrell: How to Write About Death Without Thinking of Your Own