In this episode, novelist and poet Kathleen Rooney joins hosts Catherine Nichols and Elisa Gabbert to discuss Robert Aickman’s 1988 collection of stories The Wine-Dark Sea, with particular focus on the title story and the uncanny dollhouse story “The Inner Room.” Aickman’s work is often characterized as horror fiction, but he preferred the term “strange stories.” His stories take the reader imperceptibly across the gauzy line between mundane reality and surreal terror. As one of his characters says, “Dreams are misleading because they make life seem real.”

Kathleen Rooney: The Peter Straub introduction is so good, to the point where it would make sense to try to track it down just to read it. But he makes the comparison in it to Clive Barker and sort of says Clive Barker, one of our contemporary horror writers who’s still living in the 80s and very popular, has this great story called “In the Hills, the Cities,” and Straube is saying that Barker is almost like an inheritor or someone who would really appreciate what Aickman is doing. And I was surprised by that because to me, Barker seems a lot more overt. But I went and tracked down “In the Hills, the Cities” to read it, and I found it really disappointing because it didn’t have that subtlety and it didn’t have that slippage; it just signposted the horrifying elements so much.

The difference between horror and terror—it’s weird to get into labels, and I know Aickman really hated being called a horror writer; he bristled at that and was like, no, I write strange stories, and I think he’s right, he’s not just being a hairsplitter. Because terror is the feeling of dread and anticipation that precedes a horrifying experience, and then horror is the feeling of revulsion that typically follows the frightening thing. And to me, reading the Barker right after the Aickman, because Peter Straub told me to, made me realize Barker is for sure a horror writer; he dwells in the spectacle of the revolting thing, whereas Aickman definitely is more in the terror/strange zone where you feel so unsettled for so long before you even see anything horrifying, if you ever do.

Kathleen Rooney is the author of nine books of poetry, fiction, and nonfiction. Her most recent novel is Cher Ami and Major Whittlesey. She is also the author of the national bestseller Lillian Boxfish Takes a Walk andThe Listening Room: A Novel of Georgette and Loulou Magritte. She is also a founding editor of Rose Metal Press, a nonprofit publisher of literary work in hybrid genres, and a founding member of Poems While You Wait. 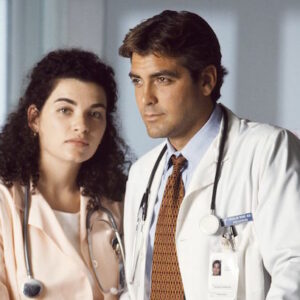 After the ER pilot filmed, I said goodbye to the cast, wishing them luck with the show, packed my bags, and flew back to New York....
© LitHub
Back to top