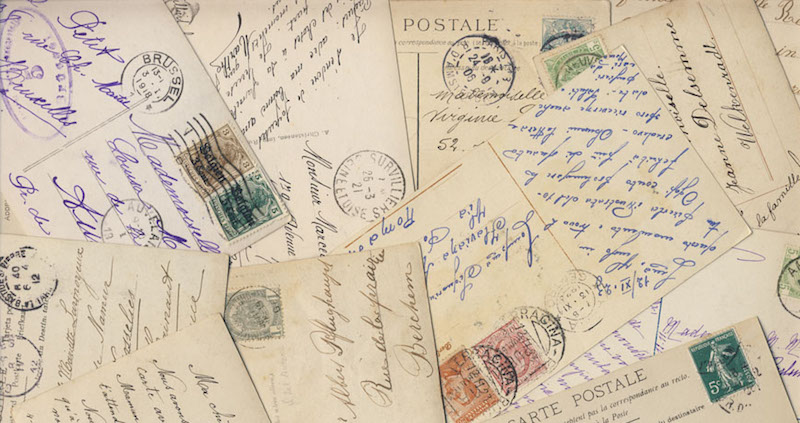 Rowan Hisayo Buchanan on the Power of Small Rectangles

For years, my mother wrote to me every day.

I’d been sent away to boarding school and for the first weeks was forbidden to call home­. I was eleven. This was just before mobile phones came beeping and clicking into the lives of everyday people. I did not yet have an email address.

About two weeks into my new school life, a rumor started. It seems absurd now. The rumor was this—I was going to bring Hitler back from the dead. If you spoke to me, your family would die. I had never shown an interest in Nazis, but I had made the mistake of asking a girl what an Ouija board was. Somehow the story of my small question twisted, turned, and grew fangs.

A friend came to me alone. She smiled. She touched my arm. She told me she couldn’t risk speaking to me anymore. Afterwards, I wondered how anyone thought I could control the dead. I couldn’t even get one living girl to stay my friend. Our housemistress took me aside to say that she knew I wasn’t a witch, but could I please tell the other girls I wouldn’t kill their families? Then she gave me a chocolate biscuit.

I cried alone. The ban on phone calls was still active. I held the latest postcard from my mother in my lap and felt the points press into my fingertips. I don’t remember the drawing on the front or the words on the back, just the tips of the cardboard.

I’d be at that school for five years. Five years of falling asleep hugging my pillow and five years of postcards. Often the postcards were about the postcards themselves. Look they’d say this is such a cute tiger! I liked this tiger. Or they’d tell me where my mother bought the postcard. Or why she’d soon have to stop writing the postcard. Got to go train arriving. Frequently, her handwriting would be illegible. She has a big looping cursive that looks beautiful but sometimes all those swashes get tangled.

I loved them for their presence more than their content. These were my rectangles of home. I tiled my small section of wall with them. Some fell down the side of the bed. Others got crumpled. Some became bookmarks. I wasn’t careful with them. I was sure there would always be more. More letters. More tigers. More carefully chosen stamps. Now, I wish I’d put them in scrapbooks. That I’d date ordered them. That I hadn’t left so many behind at the end of each year.

Eventually, the rumor died down. Still, girls read my diary out loud. At times, I heard people talking about me as I rounded a corner. Often I sat on the school coach alone. There was a brief rumor that I talked to trees. I was, in fact, talking to myself. My mother mailed me a selection of Orwell’s essays. In Why I Write, he wrote of how as a young man he continually described his actions as if he were the narrator of his own life. “For minutes at a time this kind of thing would be running through my head: ‘He pushed the door open and entered the room. A yellow beam of sunlight, filtering through the muslin curtains, slanted on to the table, where a match-box, half-open, lay beside the inkpot.’” In the context of the essay, this is not meant as writing advice so much as a description of the behavior of a lonely young man. But I was a lonely child. And so I walked along the path, describing the flint beneath my feet. I spoke of the pines beside the path that pointed up like so many arrowheads. I described the clicking of the shoes of the other girls and their noise like seagulls laughing above a pile of soggy chips found on a seashore bench. My descriptions were long, and distinctly un-Orwellian—full of too many adjectives and too many words. But they filled my days.

The natural thing would have been to write these meanderings down. I didn’t. Not in a diary and not in letters to my mother. In fact, I never wrote to my mother. Every day, a new rectangle would appear in my narrow pigeonhole, but I never thought she’d want or need my words.

By then, I was allowed to talk to her on the school telephone and that was what I did. I pressed the big black handset to the side of my face and crouched on the floor. The telephone was inside a cupboard. The top half of the door had glass windows cut into it, but the bottom was solid wood. I sat on the ground because I did not like to be seen. I do not remember what we talked about. The sadness I felt as a child was a big, mute thing.

I knew I was lucky. I knew that this was a good school. I was lonely, but I never went hungry. I had no friends, but I had a mother who loved me. I knew this because even though we talked on the phone, she never stopped writing. She took the time to do both. Only a parent will write and write and write and never demand that you write back. Later, I’d dedicate my first novel to her. I’m not sure how our word counts stack up side by side, but I don’t think my words will ever measure up to the sheer volume of her love.

I asked her about my time at that school. How could you have left me there? How could you have made me sleep in the same room as people who laughed at me and who read my diary aloud to one another? She said, we didn’t know. All kids hate school. We didn’t know. I believe her. For many years, I was angry. Even now, friends hold my hand tight in any movie about bullying. Still, however sad I was, however alone, I had those postcards. Every night as I fell asleep, the pale light from the lamp outside touched their glossed surfaces and the curved heads of the pins that held them in place. I knew she loved me.

Recently, I’ve been traveling a lot to promote my first novel. I have found myself wandering down strange streets describing them in my head. Calgary is cold in a way that gets inside your knee-joints. In Amsterdam, the light from my bicycle hangs like a pale ghost on the curving roads. The Hague is full of crows. Montreal’s autumn leaves are yellow and purple.

In each of these cities, I bought a postcard or two. I didn’t write about the way the altitude moved in my blood. I didn’t write about wandering down the half-familiar aisles of foreign supermarkets. On one, I drew a picture. In another, I remembered that when I was young we grew wild strawberries. I wondered, how could they be wild if we planted them? These messages weren’t important. But I believe that sending them was. Maybe the person on the other end is happy. Maybe they are safe. Maybe they are lucky and their pains are small. But who doesn’t need an extra rectangle of love?

Rowan Hisayo Buchanan is an American and British writer. She received her BA from Columbia and her MFA from University of Wisconsin–Madison. Her first novel, Harmless Like You, was a New York Times Editors’ Choice and NPR Great Read. Her work has appeared in Granta, Guernica, the Guardian, and the Paris Review. Her newest novel, Starling Days is available now.

Who Should Star in the Barry Jenkins Adaptation of The Underground Railroad? 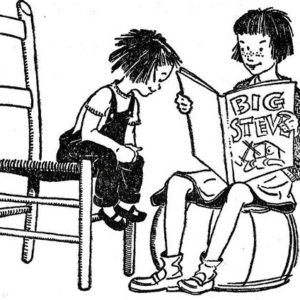 Like many young girls, I fell in love with the Little House series when I was about seven years old. What followed was two or three...
© LitHub
Back to top