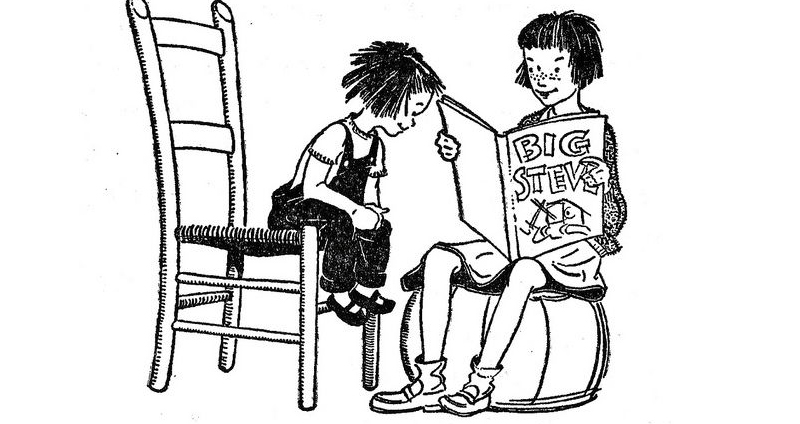 On the Lesser-Loved Counterparts of our Favorite Young Protagonists

Like many young girls, I fell in love with the Little House series when I was about seven years old. What followed was two or three years of obsession; I read the books repeatedly, developed a fondness for long dresses, and regularly wore my hair in two braids. My grandma even made me two sunbonnets that I insisted on wearing everywhere in the summer, despite Laura Ingalls Wilder’s own hatred of them. But unlike a lot of young girls, I didn’t identify with the main character: the headstrong, outspoken Laura. Instead, I was more enamored of Laura’s big sister Mary.

In many ways, Mary and Laura are opposites. Mary is better at chores than Laura, has better manners, and takes better care of her toys. She gets scared more easily than her adventurous sister, and is happier indoors than out. In the first book in the series, 1932’s Little House in The Big Woods, Ingalls Wilder describes her thusly:

Mary was a good little girl who always kept her dress clean and neat and minded her manners. Mary had lovely golden curls . . .

But as I got older, I realized that you’re not supposed to like Mary—she’s too annoyingly perfect, especially after sudden blindness turns her into something of a saintlike figure. On the other hand, Laura is plucky. She’s her father’s favorite. On the covers of the middle books, On The Banks Of Plum Creek and By The Shores of Silver Lake, she’s shown alone, in adventurous and improper action, brown hair streaming behind her. On Plum Creek, she strides across the roof of her dugout home, blue dress lifted above her knees; on Silver Lake, she’s riding a galloping brown horse. Again, she’s barefoot, and her hair looks just like the horse’s mane. Mary is the focus of only one cover—

Little Town on the Prairie—where she’s standing in a doorway, holding a tiny kitten. Her hair is neatly covered by a sunbonnet. You can’t see her feet, but I bet she has her shoes on.

Mary Ingalls was a real person, but the version of her we read in the Little House books is heavily fictionalized; Ingalls Wilder changed many details about her family life in the books, including erasing one sibling, aging another one up, changing the length and dates the Ingalls family spent in each place they lived, and even rewriting the illness that made Mary blind. When I think about the books now, I can’t help but fixate on Mary and the way she’s written.

Especially because she’s not alone. There are so many rule-following, annoyingly-perfect, bossy older sisters in classic children’s literature, and—precisely because the reader is supposed to root against them in favor of the plucky, rule-breaking younger sister—I want to defend them all.

In one of the most famous books about sibling relationships, another oldest sister is listed first in the title—Little Women: Or Meg, Jo, Beth And Amy, as it was first called in 1868 before the subtitle was dropped. But, like in the Little House books, she’s definitely not the sister you’re supposed to root for. The sister you’re supposed to root for, obviously, is Jo—the bookish, adventurous, hot-headed second sister. In many ways, Meg and Jo’s relationship is similar to Mary and Laura’s. Like Mary, Meg is pretty, homey, and, has the best manners of her sisters. One of the first times Meg speaks in the novel is to “lecture in her elder-sisterly fashion,” telling Jo, “You are old enough to leave off boyish tricks, and to behave better, Josephine. It didn’t matter so much when you were a little girl, but now you are so tall, and turn up your hair, you should remember that you are a young lady.”

It was harder for me to love Meg than to love Mary, but rereading Little Women recently, I was struck by Meg’s ability to take charge of her family—first, her sisters, especially when their mother leaves them to take care of their wounded father; and later, her husband and twin children. Meg is often thought to be the boring, domestic, traditional one, but she’s also the first character to hold a real job; she spends her days as a governess. (I’m not counting Jo’s and later Amy’s jobs reading to their cranky but wealthy aunt.) In many ways,

Little Women shows how Meg, as the eldest, has to grow up quicker than her sisters. And though it has much less dramatic potential than Jo cutting off her hair, Meg’s commitment to taking care of her family while working simultaneously is in some ways the more impressive act.

The unfairness of being a (fictional) older sister might be most apparent in the Ramona series, particularly as Beezus very quickly goes from supporting character to main character to antagonist—and stays there. She first appears as Henry’s friend in Beverly Cleary’s novels Henry Huggins and Henry and Beezus, published in 1950 and 1952; finally gets to be the main character in 1955’s Beezus and Ramona; and then becomes the bossy, goody-two-shoes big sister for the remaining eight Ramona books. When I mentioned writing about oldest sisters in children’s fiction, my aunt, the youngest of four siblings, joked, “Oh please! Beezus got her name in an entire half of one book title. AND, she got the pleasure of having a little sister. What more could she want?”

When commiserating with fellow eldest sisters, a few brought up more recent representations—like Meg from A Wrinkle In Time (1963) or Violet from A Series Of Unfortunate Events (1999)—as examples of eldest sisters you’re supposed to root for, but who are still forced to take on a “mothering” role to their younger siblings. This reminded me of Roberta from 1906’s

The Railway Children, who has many of the same traits as Meg March and Mary Ingalls—responsible, bossy, boringly, morally good—but is also definitely the main character. As the narrator tells us. “Mothers never have favorites, but if their Mother HAD had a favourite, it might have been Roberta.”

Other eldest sisters brought up the ‘80s and ‘90s Baby-Sitters Club series and its Little Sister spinoffs. “I always thought Karen was a little shit,” one friend confessed, noting that she preferred big sister Kristy, the President of the babysitters’ club who kicked it all off in Kristy’s Big Idea. Kristy and Karen prove that nothing much has changed in the century and a half  since Meg and Jo: Kristy is responsible enough to voluntarily take care of small children for fun and profit, while Karen is the adventurous one: the first book in the

Little Sisters spinoff series follows Karen as she investigates her neighbor to find out if she’s a real witch or not.

There might be some truth in life to these character types; thousands of scientists have studied the birth order effect, after all. I’m glad, though, that even if more recent fictional older sisters still have to take care of their siblings, they also get to create on-the-fly inventions like Violet Baudelaire, or fight and defeat a giant creepy brain like Meg Murray, or even, at least, get paid for their care-taking, like Kristy does. But even when they aren’t so exceptional, it seems that big sisters in children’s literature are independent, responsible, bossy, rule-obsessed, mothering, goody-two-shoes in any era—and I’m rooting for every last one of them. 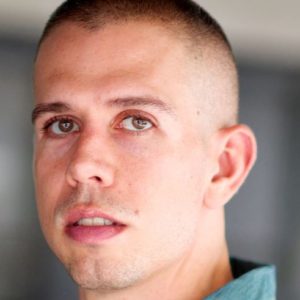 Stephen Karam talks to Paul Holdengraber about the joy of the human condition, while mining its depths for art. Stephen...
© LitHub
Back to top