When I came to Paris from London twelve years ago, supposedly for an August weekend break, I never imagined that I would settle, marry, and have children here. Least of all, that I would become a writer. I was, then, a successful British lawyer for an international law firm. How could I have imagined that I would, in less than two years, be writing books?

But that was before Paris seeped into my head, by a slow and stealthy infiltration of the brain. When I walked out of the doors of the Gare du Nord that August summer day onto the busy Rue de Dunkerque, it was to meet a city so steeped in books that their long-dead authors seemed to haunt the streets with the easy nonchalance of the local flâneurs. Around the corner from one of my first rented homes was the tiny, fourth-floor apartment of Ernest Hemingway at 74 rue du Cardinal Lemoine, back then an archaic, working-class district of the 5th arrondissement. It was in an office near here that Hemingway pounded out on his typewriter his ode to the Lost Generation, The Sun Also Rises.

A stone’s throw away was 6, Rue du Pot de Fer, the location of the cheap boarding house where George Orwell lived while working as a dishwasher in a Paris restaurant—an experience that was to become the basis of Down and Out in Paris and London. A short metro ride took me to the Left Bank home shared by Gertrude Stein and Alice B. Toklas at 27 Rue de Fleurus: an apartment where canvases by Matisse and Picasso jostled for space with the iron stove and ancient armchair in which a brown-corduroyed Stein would regale guests puffing a cigar, while her lover Toklas experimented with various versions of her speciality, hashish fudge. I never saw that apartment without Stein’s famous last words coming to mind: “What is the answer? In that case, what is the question?”

Everywhere I went, it seemed, I was beckoned by the city’s literary past. When I visited the museum district, I would glimpse through the pollarded trees Colette’s quarters at the Palais Royal, where the aging doyenne of French letters wrote classics such as Gigi and Paris de ma fenêtre. If I grabbed a coffee at cafés like Les Deux Magots, the fierce debates of Jean-Paul Sartre and Simone de Beauvoir around the social construction of the concept of woman would drum in my head. Along the banks of the Seine, the bouquinistes would seduce me with rows of antiquarian and second-hand tomes, the austere cream Gallimard covers making their British and American counterparts seem loud and brash by comparison.

Finally, there was no denying the call. I found a quiet corner of a local café with an indulgent proprietor, brought in my laptop, and set to work on my first book. That project was to turn, eventually, into a collection of essays about the myths constructed around France and Frenchness: They Eat Horses, Don’t They? The Truth about the French (2013). Once I had started on the writer’s course, there was no turning back.

Why has Paris, throughout the centuries, been such a magnet for writers? Partly, it’s the legacy of the Enlightenment, of being the hub of Western European thought from Descartes to Rousseau. Paris has also long been a city that welcomed the censored, the exiled, the blacklisted. James Joyce first published Ulysses here, through the pioneering American publisher and bookstore owner, Sylvia Beach. Beach’s original bookstore has found a reincarnation in the form of the iconic Shakespeare & Co, which nestles in the crooked streets in the shadow of Notre Dame, and still offers beds for writers. A whole string of important banned books have had their debut publications in Paris, from Henry Miller’s Tropic of Cancer to Vladimir Nabokov’s Lolita.

Paris has also extended its welcome to the marginal and excluded, both books and people. From its earliest days, the city has—relative at least to Britain and America—been reasonably accepting of people of color, celebrating entertainers like Josephine Baker (who, incidentally, is the only American-born woman to have enjoyed full French military honors at her funeral). At 3 Rue Clauzel, Chez Haynes was a soul food institution and until recently the oldest American restaurant in Paris, serving New Orleans shrimp gumbo, fatback, and collard greens to six decades of celebrities, black expats, and curious locals. The black writers James Baldwin and Richard Wright found themselves more at ease here than in the segregated US of the 1950s. Might they not feel the same today?

As a British writer of Anglo-Indian descent, all these things made Paris’s siren call to the writer’s desk a seductive proposition. But there is more. Paris, although a geographical entity, exists also on an eternal sphere. Although the onslaughts of famine, war, plague, revolution, and terrorism have at various times scarred the physical metropolis, the city remains true to an idea. That is why Hemingway called it a moveable feast: “If you are lucky enough to have lived in Paris as a young man, then wherever you go for the rest of your life, it stays with you, for Paris is a moveable feast.” The sense of disembodiment, detachment, the eye of the émigré, divorced from physical roots and fixed always on an unattainable intellectual goal: all these make Paris, so much more than Rome, the eternal city.

The detachment of the Parisian émigré has helped me no end in my writing of nonfiction. Time and again, I have been able to immerse myself in a completely different world without losing the distance of the cool observer.

In the case of my most recent book—an investigation of the notorious Black Dahlia murder—this sense of detachment was especially useful, allowing me to sift through the welter of corruption and political machinations in post-war Hollywood with a neutral eye. It meant I could make judgments and draw conclusions—including a damning indictment of law enforcement at the time—that a native Angeleno, tied by loyalties and tribal connections, might perhaps be reluctant to make.

Of course, life in Paris, as in France generally, is not all la vie en rose. The traditional welcome of the city to expats of color is in stark contrast to the treatment of those formerly ruled by colonial France, the legacy of which lives on in the tense suburban banlieues on the fringes of the metropolis. Terrorism has struck at the heart of the city’s swinging nightlife, and shantytowns of refugees huddle under the arches of some of its wide boulevards.  But somehow, the city itself is resilient, sustained by an immutable idea that transcends all these things. Something, perhaps, embodied in the eternal, questing finger of the Eiffel Tower. The search for knowledge, for enlightenment. The idea of Paris. And Paris, as we know, is always a good idea.

Piu Eatwell is the author of Black Dahlia, Red Rose and The Dead Duke, His Secret Wife, and the Missing Corpse and has produced and researched historical documentaries for the BBC and other channels, including the widely acclaimed film Charles Manson: The Man Who Killed the Sixties. She divides her time between Paris and London with her husband and three children.

Rebecca Solnit on Harvey Weinstein, Hillary Clinton, and Blaming Women for the Acts of Men

The Man Who Dared Photograph the Dead 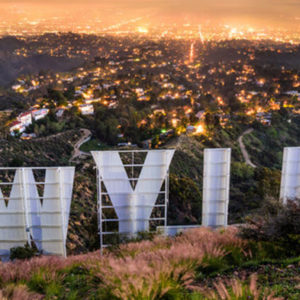 Rebecca Solnit on Harvey Weinstein, Hillary Clinton, and Blaming Women for the Acts of Men

Harvey Weinstein is Hillary Clinton’s fault, we have learned from many sources. So is eczema and the Civil War and the fact...
© LitHub
Back to top