The Great Gatsby, The Catcher in the Rye, The Grapes of Wrath, To Kill a Mockingbird, Slaughterhouse Five, The Color Purple, Beloved, Ulysses, all the Harry Potter books—what do they all have in common? They were all banned at one point or another, by a school district or government agency. This week on The Literary Life with Mitchell Kaplan, we celebrate Banned Books Week with Dave Grogan, director of the American Booksellers for Free Expression (ABFE), and Sydney Jarrard, Content Director for the American Bookseller Association.

Mitchell Kaplan: What is really considered a banned book, as opposed to selection?

David Grogan: As you know, every bookstore has limited space to sell books, and one of the great things—and I’m sure it’s a challenge—is it’s up to the bookstore owner to curate their store as they see fit. They do that according to their personal taste or what they think will sell. There are a number of reasons will factor into this.

Now, when someone comes into a bookstore and says that they don’t want a book on the shelf and tries to get the book pulled off the shelf, for whatever way they try to do it, that’s censorship. That’s what we’re talking about when we’re banning a book.

Kaplan: Particularly from a government agency or pressure from the government.

Grogan: Yes. There was an issue earlier in the year where a letter was sent to Amazon from Congressman Adam Schiff asking them why they carry books about autism and vaccine skepticism. We wrote about it in Bookselling This Week. It was a very intimidating letter, but those kind of things happen. We try to issue statements and respond to those kind of issues.

We think it’s important that people have access to books, and we don’t have lawmakers coming in. The First Amendment protects us from the government dictating what we can and cannot read. That’s the key thing.

Reckoning with the Slave Empires of WWII 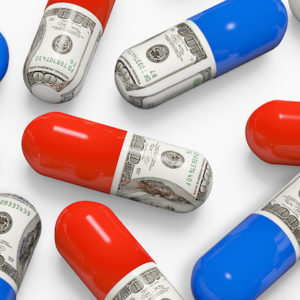 A few years ago, South Korea found itself in the middle of a thyroid cancer epidemic. Starting around 2000, Korean doctors...
© LitHub
Back to top