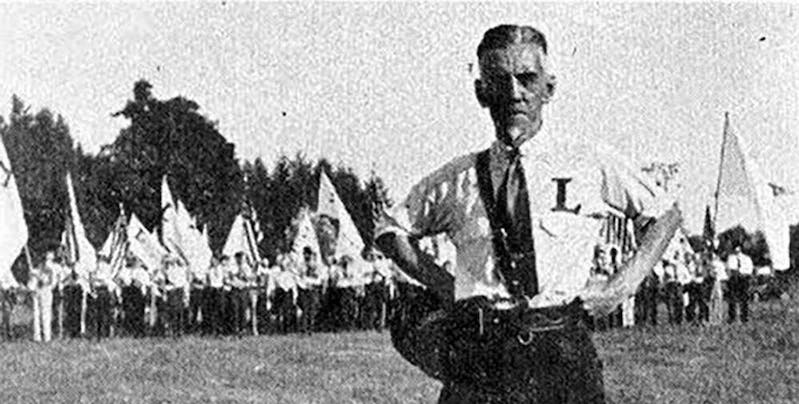 On the Growing Tide of Racial Animosity in 1930s Los Angeles

In 1936, Germany and America were gazing at each other across an ocean, and each offered a reﬂection of race hatred to the other. The Nuremberg Race Laws had been announced by the National Socialists at their annual party rally the previous year. A codiﬁed entrenchment of the Third Reich’s white supremacist ideology, the laws had been compiled after a careful study of race-based legal systems around the world.

Particularly inspiring to the National Socialists was the American system of immigration quotas, which was designed to accept more “racially desirable” people from northern Europe (whites from Britain and Scandinavia) and fewer undesirable emigrants from eastern and southern Europe (mostly Jews and Catholics) and from Asia.

As the National Socialists created their own system of legal inferiority for non-Gentiles, they also admired America’s classiﬁcation of residents of the U.S. territories of Puerto Rico and the Philippines as “non-citizen nationals.” And to fortify their criminalization of mixed marriages, the National Socialists looked to America’s Jim Crow laws—in particular those laws in 30 U.S. states which decreed marriage between whites and Negroes illegal.

Many of those American states deﬁned a “Negro” as anyone with a black ancestor—with, as they called it, “one drop” of Negro blood. Interestingly, the National Socialists considered the “one-drop” deﬁnition too severe. Instead they decreed that a Jew was any person with three or four Jewish grandparents, regardless of whether those forebears had converted to Christianity.

With the Nuremberg Laws in place, the National Socialists now had a legal framework with which to pursue the persecution of Jews in Germany. Jews were no longer citizens and they no longer had most of their former political rights. When the Olympic Games opened in Berlin in the summer of 1936, the Reich momentarily hid these strictures from view, showing off a false spirit of international amity. Once the games were over, for Germany’s Jews the situation quickly and systematically grew much worse.

Just as the tightening noose around the rights of Jews in Germany had been partially inspired by the National Socialists’ study of American racial legislation, so in turn was the robust climate of anti-Semitism in America directly fueled and abetted by the Third Reich.

About a 40-minute drive northeast from Salka’s house in Santa Monica lay Hindenburg Park, a large public green space in the neighborhood of La Crescenta. There, on a gorgeous summer afternoon in 1936, the annual German Day picnic was under way. Beneath the leaf-laden oaks, a sign draped in ivy bade Willkommen! in Gothic script. An enormous bust of Paul von Hindenburg, the former president of the Weimar Republic who had opened the door for Hitler’s 1933 stroll into the chancellorship, was adorned with a swastika.

Although the Depression ground on and unemployment was still high, the crowds wore their Sunday best and put on a show of easy living. Towheaded boys in neckties ran around waving ﬂags. Babies and toddlers, matrons and courting couples sat at picnic tables dotted with newspapers and snacks. Smiling vendors sold cup after cup of post-Prohibition East-side Lager (“Healthful Enjoyment”). There was a smattering of lederhosen. There were oompah bands and there was dancing.

The Silver Shirts and the Bund worked to spread anti-Semitic propaganda around Los Angeles.

But more was in the air on this day than the annual display of Gemütlichkeit. The mood grew martial when the speeches and parades began. They took place under banners declaring, in German, “The Enemies of Germany Are Also America’s Enemies.” The processions featured American ﬂags ﬂanked on both sides by the swastika, and when the speechiﬁers thrust out their straight-armed Nazi salutes, many among the crowd followed suit.

The Los Angeles branch of the German American Bund, which had rebranded itself that year, staged rallies at Hindenburg Park during the 1930s and had two major goals: to Nazify the German-American community and to sway public opinion toward a positive vision of Hitler’s New Germany. The Bund characterized itself as standing for “constitution, ﬂag, and a white gentile ruled, truly free America,” and it worked hard, according to the historian Laura B. Rosenzweig, “to recruit as many U.S. citizens as possible into its ranks,” “to normalize Nazis into the social fabric of the community,” and “to portray itself as a patriotic American defense organization.”

To those ends, Bund members visited the tourist steamers docked in the port of Los Angeles, where they received propaganda materials in unmarked packages that came directly from Berlin. They then reprinted the pamphlets to mask their German provenance and distributed them from their local headquarters, the Deutsches Haus on West Fifteenth Street near downtown, a brown stucco mansion that also housed the Aryan Bookstore, a restaurant, and a shooting range.

In collaboration with the Bund was another anti-Semitic organization called the Silver Legion of America, boasting 15 thousand members at its peak nationwide, many of whom were based in Los Angeles. Local members of the Silver Shirts, as they called themselves in homage to Hitler’s Brownshirts, had recently begun construction of a ranch on a secluded 55-acre site in Rustic Canyon.

It was said that the land belonged to a Nazi-friendly mining heiress named Jessie Murphy, who had purchased it from the actor Will Rogers. The Silver Legion was working to develop the Murphy Ranch into what they hoped would become a headquarters for Hitler as soon as “der Tag,” the day of fascist world conquest, at last arrived.

The Silver Shirts and the Bund worked to spread anti-Semitic propaganda around Los Angeles, hoping to attract press attention by picketing Jewish community meetings and by “snowstorming”—dropping leaﬂets from the rooftops of downtown buildings calling for boycotts of the Jewish-dominated movie business. Many of the Silver Legion’s recruits were disaffected U.S. veterans of the Great War who were drowning in the undertow of the Depression, seeing in their mutilated pensions and rejected disability claims the sinister workings of Roosevelt’s “Jew Deal.”

They were glad to pin the blame for their hardships on the Jews, who they were convinced were masterminding an international conspiracy to replace them with nonwhite inferiors. The Silver Legion did everything it could to stoke their anger. The Los Angeles police department was more sympathetic to this homegrown fascism than not, perceiving Communists, not Nazis, to be the real threats to the city’s safety. And Communists, for the local police just as for the National Socialists and, later, for the members of the House Un-American Activities Committee, almost always meant Jews.

In the meantime, Bundists and the Silver Legion concocted plans to assassinate Hollywood celebrities, via lynching and execution-style murder, and to ﬁrebomb their houses. On the lists of targets for these never-realized acts of terrorism were Louis B. Mayer, Samuel Goldwyn, B. P. Schulberg, Joseph Schenck, Eddie Cantor, Jack Benny, and Paul Muni.

Just outside the fortresses of the picture business, this was the Los Angeles of the 1930s. It was a city churning with anti-Semitism both locally grown and transatlantically inspired, directly targeting as many high-proﬁle Hollywood Jews as possible. The hatred was organized and institutional. It was in government and within the police; in real-estate covenants and in restricted private schools and country clubs; in paramilitary groups performing marching drills in the streets; in oratory swearing allegiance to Hitler in the parks and beer halls.

And it was quotidian: in everyday slurs, in boardinghouse signs warning NO JEWS, in leaﬂets raining on downtown pedestrians. The hatred sprouted from the same seeds that had taken ﬁrm root in Germany, inciting nativist resentment and paranoia.

What would stop the poison trees from ﬂourishing here? 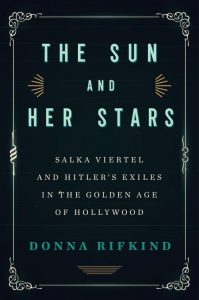 Excerpted from The Sun and Her Stars by Donna Rifkind, recently published by Other Press. Copyright © Other Press, 2020.

Donna Rifkind‘s reviews appear frequently in the Wall Street Journal and New York Times Book Review. She has also been a contributor to the Los Angeles Times, Washington Post, Times Literary Supplement, American Scholar, and other publications. In 2006 she was a finalist for the Nona Balakian Citation for Excellence in Reviewing from the National Book Critics Circle.

Searching for Queerness in the Corners of History 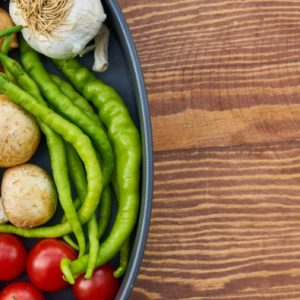 When you choose to eat for the planet, you’ll want to be able to cook for the planet. If you’re new to plant-based cooking,...
© LitHub
Back to top
Loading Comments...