Noah Feldman on Beyond the Page: The Best of the Sun Valley Writers‘ Conference

In this episode, John Burnham Schwartz speaks with Noah Feldman, Harvard Law professor and renowned Constitutional scholar, whose groundbreaking new book, The Broken Constitution: Lincoln, Slavery, and the Refounding of America, takes us inside one of the more surprising realities of American History: in abolishing slavery and preserving our union, Abraham Lincoln was not adhering to the original Constitution of 1787, but rather tearing it up in order to save it through transformation. Feldman calls not only for a reassessment of Lincoln himself but also for a new look at America’s founding document and its place in our law, our politics, and ourselves.

Noah Feldman: Although I conceived this book before Donald Trump was elected president, almost all of the research and writing took place during his presidency. And when Donald Trump is President of the United States, you do not want to be coming across evidence that Abraham Lincoln, probably the greatest president we ever had, broke the Constitution and got away with it. I mean, I was really disturbed about it, so much so that I thought to myself, if Donald Trump is reelected, can I say this? I mean, it’s true, but can I say it? I mean, I would have found a way to say it, but still.

To listen to more of Noah Feldman and other talks from the Sun Valley Writers’ Conference, subscribe now on iTunes, Spotify, Stitcher, or wherever else you find your podcasts!

Noah Feldman is the Felix Frankfurter Professor of Law at Harvard Law School, a columnist for Bloomberg View, and host of Pushkin Industry’s Deep Background podcast. He is the author of ten books, including The Three Lives of James Madison and Scorpions: The Battles and Triumphs of FDR’s Great Supreme Court Justices. 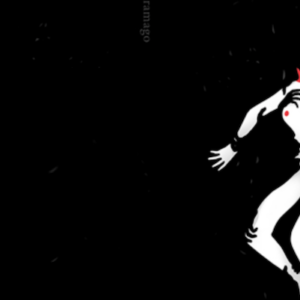 Perhaps only in a world of the blind will things be what they truly are. * “A few pages into José Saramago’s Blindness,...
© LitHub
Back to top